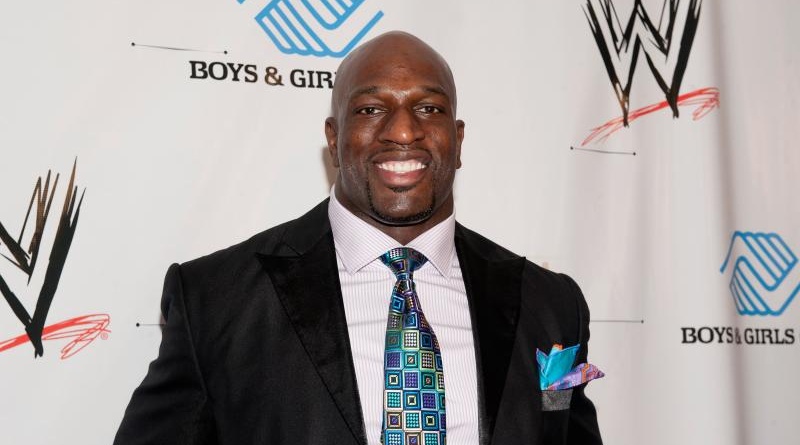 Don’t know about y’all, but I’m tired of hearing crappy news about folks repeated ad naseum. That’s why I’m creating a new feature — Celebrity of the Week. This is where I’m spotlighting a celebrity doing great things for others. It doesn’t have to be massive or anything. I’m just looking for nice gestures and want to spread a little goodness for everyone reading. My inaugural choice is WWE superstar Titus O’Neil.

Titus has long been one of the WWE’s goodwill ambassadors. He’s probably never going to wear the WWE title, but he’s always been a champ and an inspiration to others.

Thanks to the work of @ryanorourke3 and his @AFLV staff over 3700 Student Leaders from over 250 Universities from across the country were able to be Inspired by @JoeBiden @ItsOnUs and #TitusWorldWide that’s WINNING!! Now we go our separate ways?I’m off to San Jose for @WWE #Raw pic.twitter.com/fSGKm1XcrT

Another great week for @WWE Star @TitusONeilWWE as he receives a @NAACP award and speaks on sexual assault at the #AFLVCentral with former Vice President @JoeBiden. Congratulations to him on all his success! #TitusWorldWide #ItsOnUs #BlackPantherChallenge pic.twitter.com/F9pRSCLAu3

Titus decided to participate in the #BlackPantherChallenge and not surprisingly, excelled. If you haven’t heard, that’s where people are buying tickets so children of color can go see Black Panther.

‘I never saw a superhero that looked like me on television growing up,’ O’Neil said in an interview with Tampa’s WFLA News Channel 8. ‘So for Marvel to do this for the first time it’s ever been done, where it’s actually an all-minority cast, it’s a historic event.’

Like a lot of folks, Titus is forgetting Wesley Snipes’ Blade trilogy, which helped usher in the modern comic book movie era. But, this isn’t the post to quibble.

As of this weekend, Titus has paid for more than 2,000 children to see the film. Even at the child rate, that’s a lot of money. Assuming just the basic AMC rate of $10.69 — not counting IMAX or 3D tickets — Titus has spent $21,380 dollars. That’s an incredible gesture.

There’s been a lot of other celebrities who’ve taken part in this as well, but I wanted to shout out Titus first. We’ve got plenty of weeks left in 2018 after all.

Read any good news about celebrities? Pass ’em on so we can spotlight them.