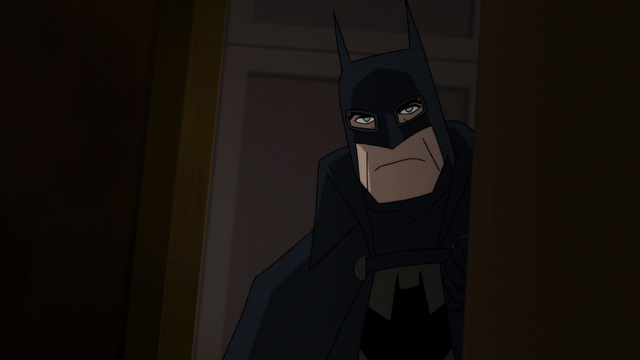 If Warner Bros. is indeed interested in doing standalone live action films Gotham by Gaslight would make for a great start. Brian Augustyn and Mike Mignola’s kickoff to DC’s Elseworlds concept had an amazing concept — Batman matching wits…and fists against Jack the Ripper. It’s a dream match up for genre fans.

Given the heavy Batman focus of the Warner Animated films it’s a little surprising it’s taken this long for Gotham by Gaslight to get the movie treatment. 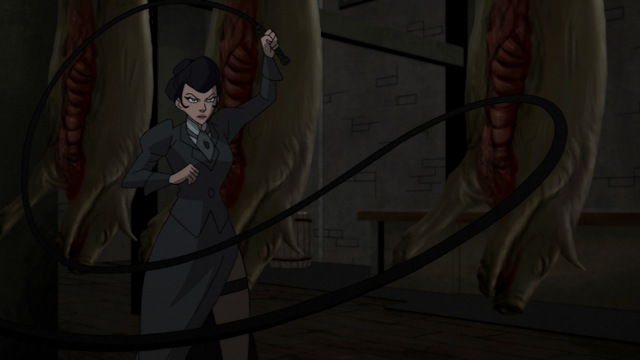 Gaslight is appropriately set in the Victorian Age where Bruce Wayne (Bruce Greenwood, The Post) is patrolling Gotham City as its Dark Knight protector. With Jack the Ripper killing prostitutes, Batman’s skills are needed now more than ever. But with  James Gordon (Scott Patterson) and his police force unable to make any leads, Batman finds assistance from the whip slinging singer Selina Kyle (Jennifer Carpenter).

Screenwriter James Krieg has fun including Batman allies and enemies throughout the film. There’s no real harm in it, but this is a big change from the original story.

There’s a new fascination with adding musical numbers. I’m not a big fan of these and it really seems out of place here. Gaslight also tries some token efforts to be more enlightened with a winking nod to feminism. It plays out a bit too on the nose and would make as much sense in the context of the film as affluent black characters tossed in for the sake of diversity. 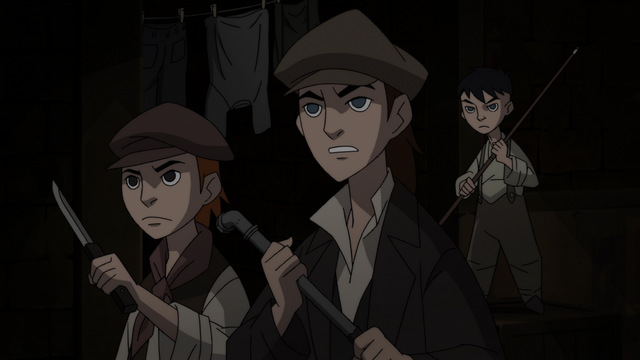 Hopefully someday Warner Animation would get a bit more daring with the character designs especially for the films based on actual comic stories. It’s too bad in this case as Mignola’s art really would have made for a unique visual style. This is basically the same look we’ve seen from most Warner Animation projects and TV shows. That provides a consistent look, but greatly clashes with the film’s darker tone. Gotham by Gaslight doesn’t shy away from the violence. Even though it’s not implicit, it’s heavily implied and comes off even more ghastly as its left to the viewer’s imagination.

The vocal performances were solid all around. I’m always a fan of Greenwood’s take on Batman. He has a calm and steady delivery that fits Batman well. Carpenter made for a very impressive Selina. She captures Selina’s seductive nature without making her sound too sultry. 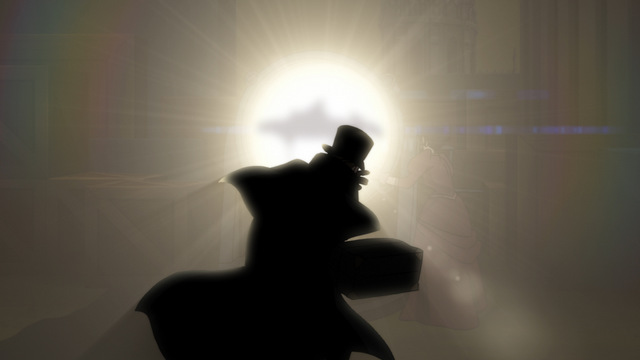 I didn’t love the reveal of Jack. It felt like a cheat after Krieg provided a number of alibis for said character. These weren’t the typical red herrings, but legit reasons why that particular character couldn’t be Jack. Give Krieg credit for not going with the obvious choice, but I wish the twist made more sense.

Director Sam Liu (Batman: The Killing Joke) keeps the pace moving and the action smooth. The fight sequences between Batman and Jack have a different feel than the normal Batman action scenes with much more boxing elements. Due to the time frame, there’s not a plethora of gadgets, but Liu still manages to maintain the momentum until the payoff final act. 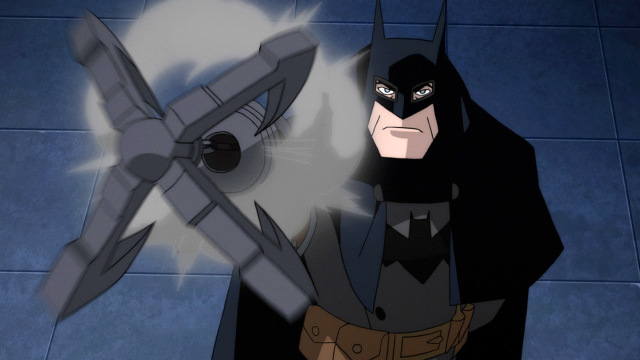 Gotham by Gaslight is a decent addition to the Warner Animation ranks. These adaptations don’t have to be 100 percent faithful as evident by the Teen Titans: The Judas Contract, but there were enough changes that fans of the original story might be disappointed it strayed so far from the source material.