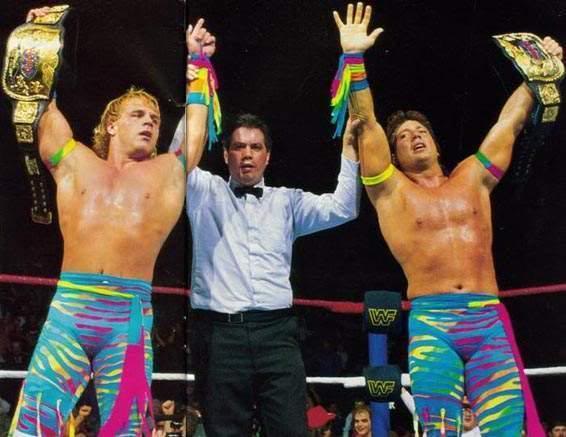 It’s hard to keep up with all the figure news in advance of Toy Fair. Mattel doesn’t traditionally have a major WWE presence at the show, but SI.com shared at least one reveal — the new WWE RetroFest line.

RetroFest is a play on the old WrestleFest WWF arcade game, which if you’re old enough to remember it like me, you sunk a lot of quarters into it. The line will be exclusive to GameStop, which is starting to become more and more a player with WWE exclusives. I like having another outlet for WWE figures, especially Flashbacks.

The first two figures revealed are the USA Macho Man and Rockers Shawn Michaels. This version of HBK was included in a poll for the next Defining Moments figure so it made sense that Mattel found a way to get this figure out. The paint work isn’t nearly as intricate as the actual Rockers attire though. Mattel doesn’t tend to worry that much about gradients, which was a major part of this outfit.

I’ll get it all the same though as I like the idea of having some variety for tag teams. The Road Warriors/Legion of Doom, The Usos and New Day are the only tag team I’ve got with that option right now. 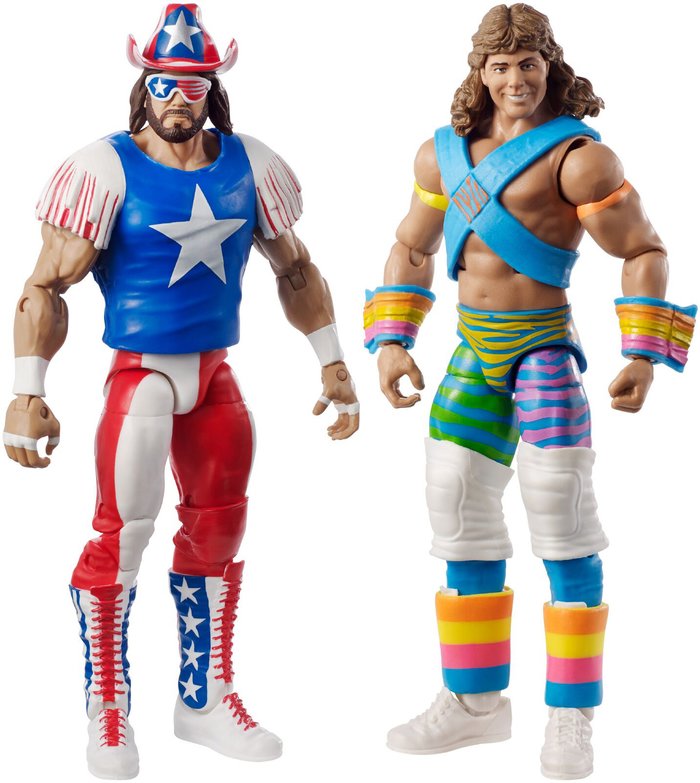 Naturally the Shawn Michaels figure is going to be somewhat worthless for anyone who doesn’t already have a Marty Jannetty figure. Jannetty is the blacklisted concussion lawsuit list meaning no new figure of him until he settles. I have one from the original Rockers two-pack, but I didn’t have the foresight to get another set so I’ll have a headless Rocker figure in my collection.

Macho Man is OK. I’m past tired of this particular head sculpt and the attire doesn’t do enough for me to make it an obvious sell.

Mattel revealed the official packaging for the line and it’s pretty inspired. Hopefully we’ll see a few more of these guys at the Las Vegas Toy Con. 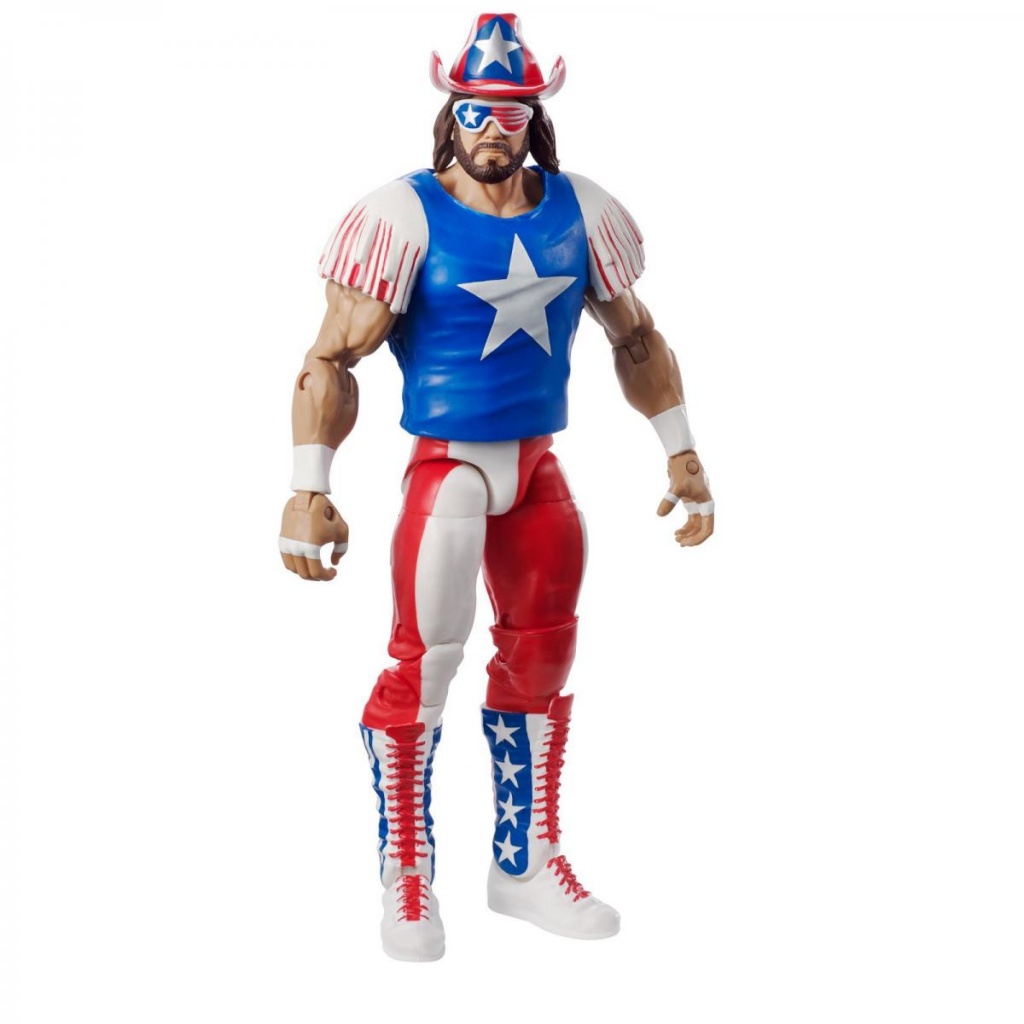