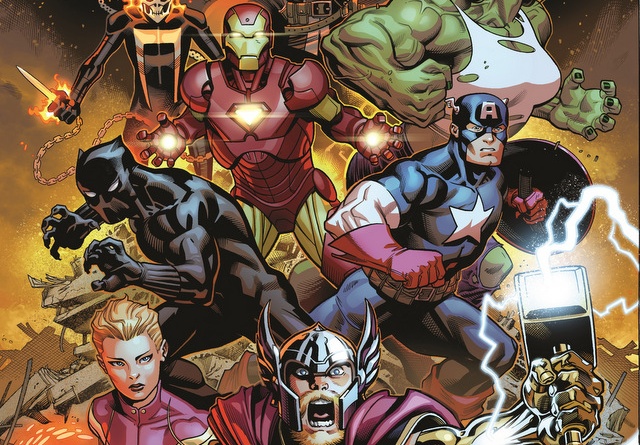 Stop me if you’ve heard this before. Marvel Comics is giving its universe a bit of a reboot with all-new creative teams and promising new directions. The cynic in me doesn’t have a lot of hope, but one book I definitely will be grabbing is the new Avengers title written by Jason Aaron and drawn by Ed McGuinness.

The lineup is reminiscent of the glory days during the Roy Thomas/John Buscema and Kurt Busiek/George Perez era with Captain America, Thor, Iron Man, Black Panther, Captain Marvel, Hulk as well as Ghost Rider and Doctor Strange. That’s a top tier Avengers team that feels much more like Marvel’s answer to the Justice League instead of Marvel trying to turn the Avengers into the Justice League. 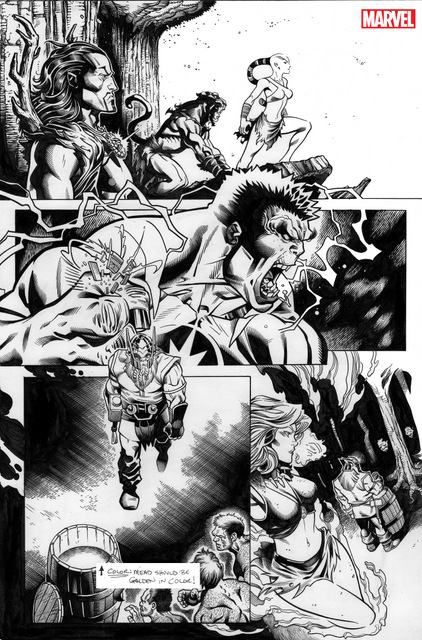 Naturally, I’m thrilled to see Black Panther in the team. Even if he wasn’t, with his big time box office success Marvel was going to have to add him in ASAP. Aaron’s already written Black Panther once in one of the legendary Panther arcs Secret Invasion.

In an interview with IGN, Aaron said Black Panther won’t be a sideline player on his team and will be a high profile player.

I think the Big Three of the Avengers are really, really close to being the Big Four. I think Black Panther definitely deserves to be at the heart of an Avengers team like this, when you’re talking about the biggest, most iconic characters from that lineage. He has a big, big role to play, not just in this arc, but in this book going forward, and it’s really fun to be writing him again. 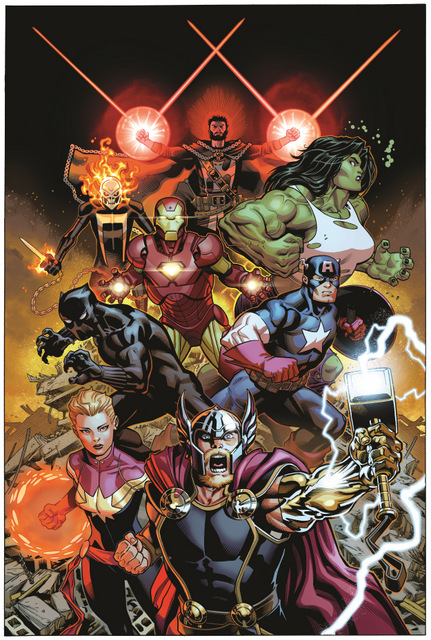 Just in time for Avengers: Infinity War, Avengers #1 launches on May 2 so make sure you grab it on Free Comic Book Day.