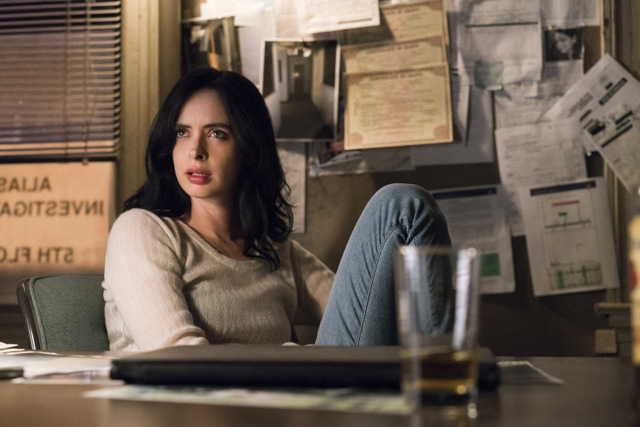 Looks like last episode was just a fluke as Sole Survivor delivered big time on the season’s big mystery.

Thankfully, Hogarth’s storyline didn’t drag on too long without significantly advancing this episode. She’s got progressive ALS and the doctors don’t know if it will kill her in two, eight or more years. Her partners are ready to buy her out and send her packing and she shoos off Foggy’s efforts to help. I’m hoping this isn’t the last time we see Foggy this season as he always has a knack for lightening the mood a lot on Daredevil and Jessica Jones. 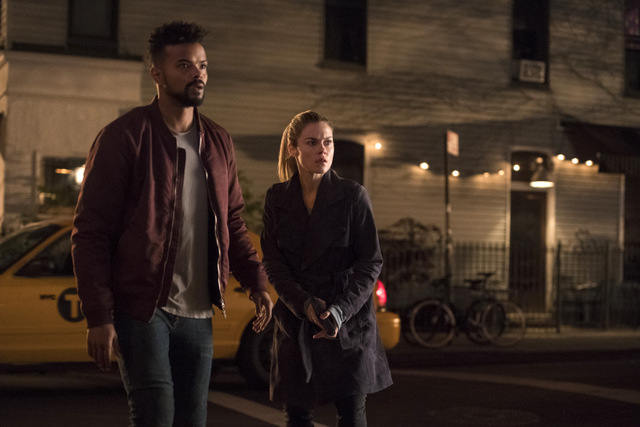 Hogarth does take Foggy’s advice and seeks some help. Specifically, Jessica to dig up some dirt on her partners. Just like with the Meechum and Rand saga from Iron Fist, it’s going to be a struggle to make rich people fighting to keep their money interesting for the casual audience.

Besides, Jessica has enough problems to worry about. While the IGH mystery is the main priority, dealing with the annoying superintendent takes priority since he’s trying to evict her. Jessica is a trainwreck and she would definitely be an insurance liability, but this superintendent subplot isn’t doing a lot for me yet. On the plus side, this season is already doing a much better job of diverting Jessica’s focus on several small fires while the inferno rages.

Jessica and Trish dig up a lead on a Doctor Hansen who might have been involved in sending patients for experimentation. I’m enjoying the scenes where Jessica and Trish team up. She might not be in the market for a partner or sidekick, but Trish is a lot of fun accompanying Jessica on these missions.

Like I figured, Griffin quickly started showing signs he’s shady as he apparently copied Trish’s files. If it’s just for a story that would be pretty sleazy, but I’m sure it’s something more sinister. That drops the decent dude quota on this show to Malcolm and Foggy again. 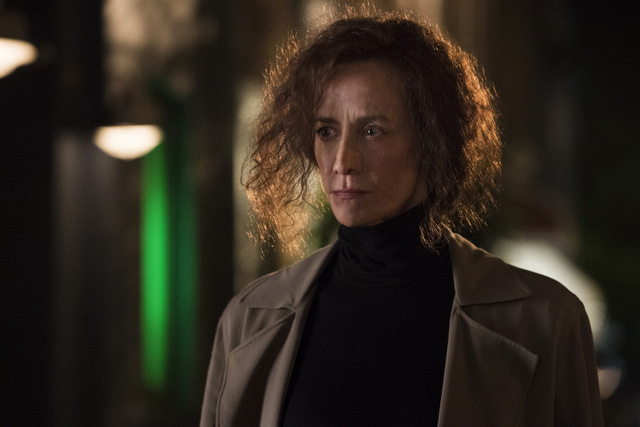 Despite their earlier thoughts it wasn’t Hansen’s ashes and skull in the furnace. The good doctor agrees to meet with Trish, but Jessica takes the meeting instead. But midway through, Trish learns the woman (Janet McTeer) talking to Jessica is in fact not the very dead Dr. Hansen. I’m gonna need everyone on this season to learn how to pick up their phones. Jessica misses Trish’s warning and gets thrown around by not-Hansen. And she’s got her own super abilities including super strength and the ability to mostly clear tall buildings in a single bound.

But thanks to one annoying paparazzo, Jessica now has a lead to work with and that might be all she needs to cracking this case.

Conclusion: Sole Survivor upped the mystery stakes and introduced another key player to the season in a strong episode.