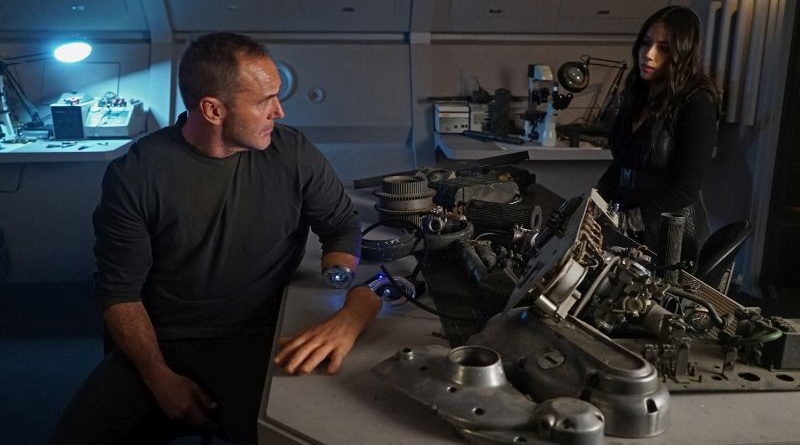 I’ve been really dragging on getting caught up on Agents of SHIELD. Their adventures in space just have not clicked with me. Best Laid Plans was one of the better episodes so far and might have rekindled my interest in this storyline.

While most of the team is on the shattered ruins of Earth, Mack and Elena are still on the Kree outpost plotting a revolution. Mack is being overly cautious despite a few wins against the Kree on the human levels. They weren’t expecting them to fight back. For some reason, he’s not as keen on Flint joining the action despite having powers. Children are always Mack’s soft spot, which would make him a terrible leader for The New Warriors.

Kasius decides to send a message and resurrect Tess. That seems like the opposite of sending a message. I’m torn on this return as the writers only made Tess’ death significant to Flint so it lacks that tearful reunion we’d get if she mattered to SHIELD. Tess delivers the message that Kasius wants Flint and every child older than 10 to test for potential Inhuman abilities. And to make sure they’d go along with it, Kasius placed bombs on every human floor.

This led to some interesting drama as Mack and Elena clashed on how to deal with Kray Kray Kasius. Not surprisingly, Elena preferred the quick approach of taking the fight right to him while Mack favored a more methodical tactic. Quietly, this subplot has made Mack and Elena the SHIELD spin-off ABC wanted with Hunter and Bobbi.

Back on battlefield Earth, the team is considering its scant options of getting back to the outpost. Deke, meanwhile, was having another crisis of conscious. I still haven’t worked up any interest in caring about this guy. He’s the standard bad boy with an attitude who will eventually become a great help to SHIELD before they leave him in the future. 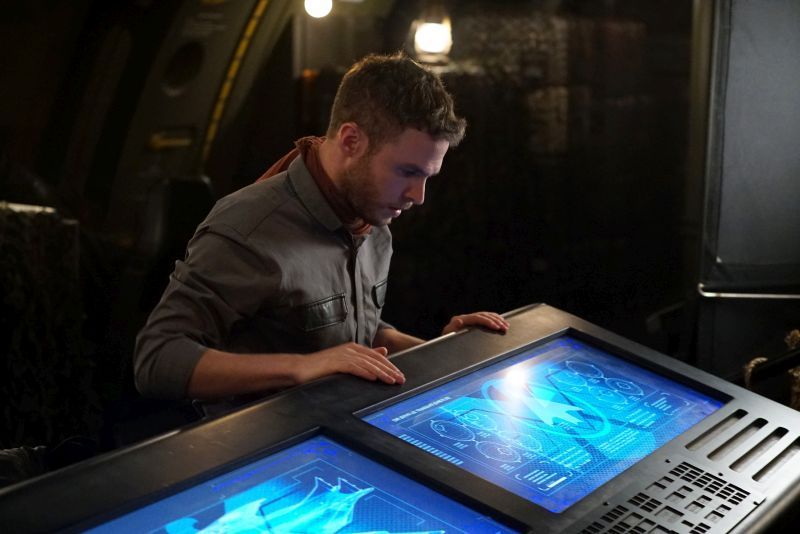 Fitz and Gemma discover one of their designs they’re still trying to perfect back in their present time has been completed in the future. That means they do get back, but this fate is unavoidable. My head is hurting trying to keep up with the science of time travel. Much easier to grasp is the plan to get the ship back into space — time to drop the anchors and float off into space like all the wreckage.

Just one small problem. They’ve got a stowaway in Sinara. Thankfully, Daisy goes to check it out so we immediately get the Daisy vs Sinara rematch. This was one of the show’s most creative fights as they fought in zero gravity and on regular terms. SHIELD might be going through a weak subplot right now, but their fight scenes still remain the top of the superhero class with only Arrow coming close.

Thanks to a little assist from Deke, who served more as a distraction, Daisy was able to take advantage of the gravity switch to impale and kill Sinara. At the rate significant supporting characters are coming back, I’m not completely buying it, but for the moment it was a pretty cool death. 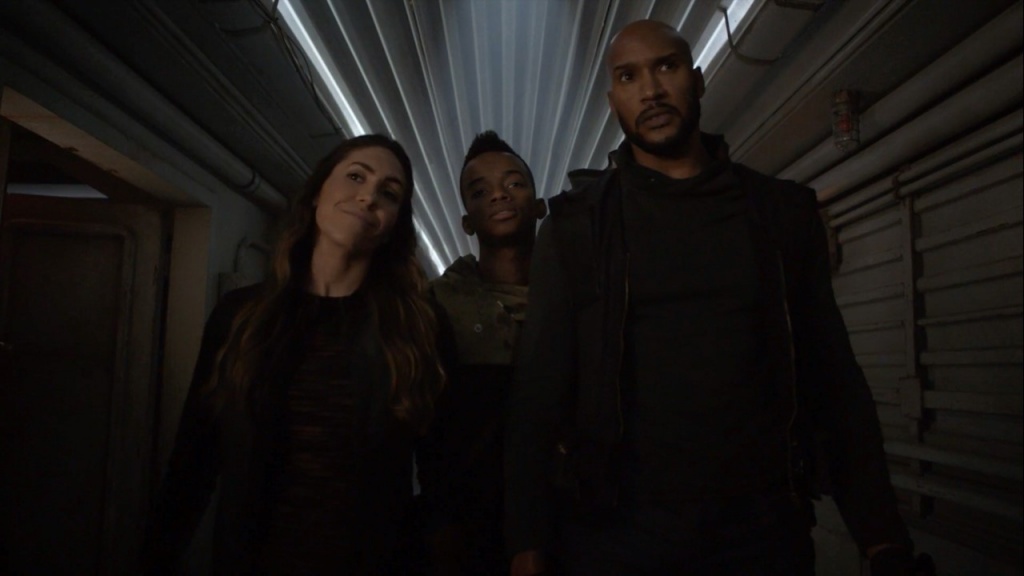 Kasius gets more bad news once he realizes Mack and Yo-Yo played him and were just keeping him distracted while their allies were moving the bombs to Level 25. And Mack blew up his Inhuman specimen samples. It was a little weird then that afterwards he revealed to one of his goons that he has a seer to give him a spoiler on SHIELD’s plans. Seems like that’s the kind of asset he should have been using the moment they arrived.

File Closed: Best Laid Plans featured some great action and started to intensify the stakes for SHIELD’s war against the Kree.