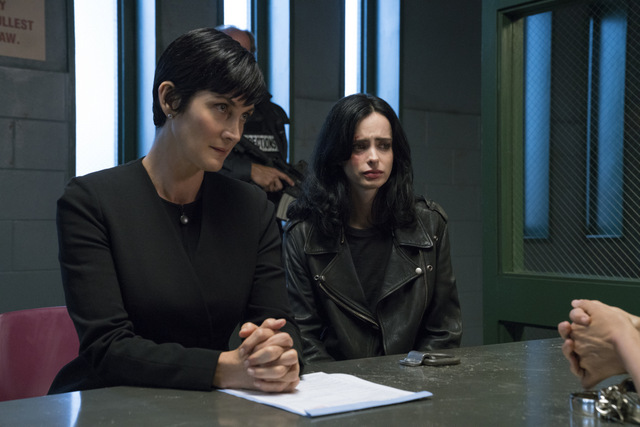 Now this is what I’m talking about. Pork Chop featured major advancement on all the important characters and subplots making for an all-around excellent episode.

Jessica had to deal with some major emotional stress with Alisa imprisoned. There was no way around a life sentence, even with Hogarth representing her. Hogarth was able to get Alisa off from being sentenced to The Raft — hopefully after Captain America broke out Falcon, Scarlet Witch, Hawkeye and Ant-Man. All she had to do was give up Karl.

But Alisa’s ties to Karl are more than doctor/patient. They’re married as Jessica found out when she went to confront him. Jessica’s mindset was interesting here as there’s clear disdain for Karl on many reasons, but it’s obvious he really does love Alisa. Finding a workaround the legal system, Jessica can prevent Alisa from going to The Raft and allow Karl to get away to keep Alisa from going off. 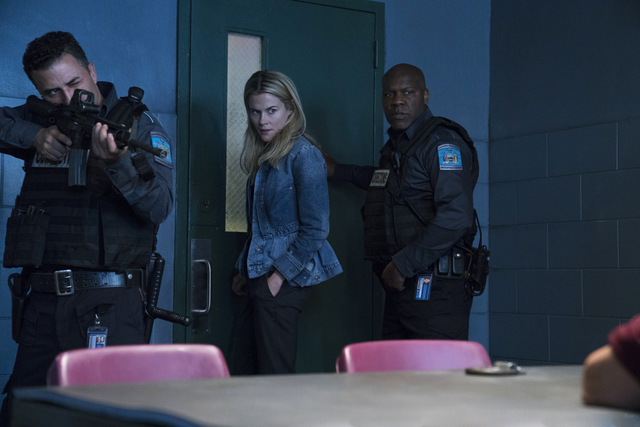 Somewhere over these last few episodes Trish has spiraled in magnificent fashion. She bombed her dream job interview and learned the magic inhaler had a million nasty side effects. Trish isn’t detoxing particularly well though and goes to the prison to confront Alisa.

She fails at rallying Jessica to join her crusade, then she seduces Malcolm and suckers him into tracking down Karl. Malcolm might be a great guy, but he sure does do some dumb things when Trish comes around. The big question is if Trish really wants to bring Karl to justice or get his help to give her powers.

I’ve complained about this subplot all season, but Hogarth had an unusually strong showing in Pork Chop. As grating a character as she can be with other supporting players, Hogarth is a lot more engaging paired with Jessica. To some extent, Hogarth and Jessica come across more like sisters than Jessica and Trish.

Since her healing from Shane, Hogarth has turned over a new leaf and actually wants to help people. Jessica’s fraud sense triggered right away in meeting Shane and Inez and confirmed it when talking to Karl. I was glad Jessica didn’t let it drag on and told Hogarth about them. Hogarth didn’t want to believe it. She’d found a new love to fill the void from Pam and Shane literally gave her a new lease on life.

When Hogarth returned to her place to find it had been cleared out, even I felt bad for her. Carrie-Anne Moss did an amazing job with this scene as Hogarth was breaking down on multiple levels. It wasn’t just Inez’s betrayal, but the realization that her ALS is still there seemed to break her. This was an outstanding scene and one that actually managed to make Hogarth sympathetic. 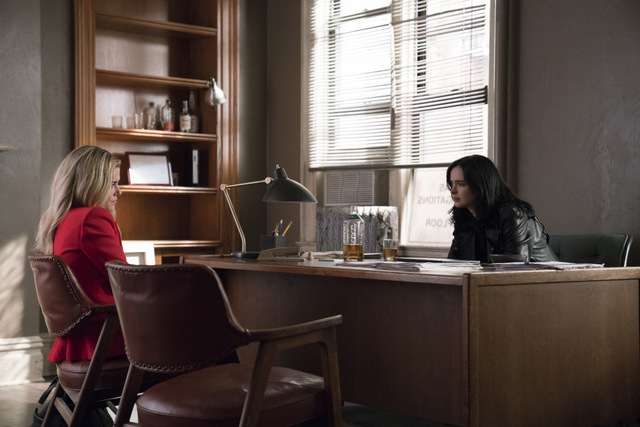 The episode is named after the pork chop the nasty prison guard Dale Holiday (Brian Hutchison) tries to force onto Alisa. Just once I’d love to see creators go against the cliche and have an extraordinarily nice prison guard.  After tracking him down, Jessica breaks into Holiday’s house looking for dirt. Holiday is very dirty as he killed multiple inmates and staged it to look like a suicide. Jessica was so intent on finding something that she didn’t notice she’d tripped an alarm.

Holiday was ready for her and maced her. But one dude — even with a nightstick — is no match for a fired up Jessica. She grabs Holiday’s nightstick and swings it hard enough that she kills him with one blow. Well, she definitely is her mother’s daughter.

Pork Chop was a juicy morsel for Jessica Jones fans waiting for some major plot advancement. There’s going to be some huge fallout for everyone with this one.