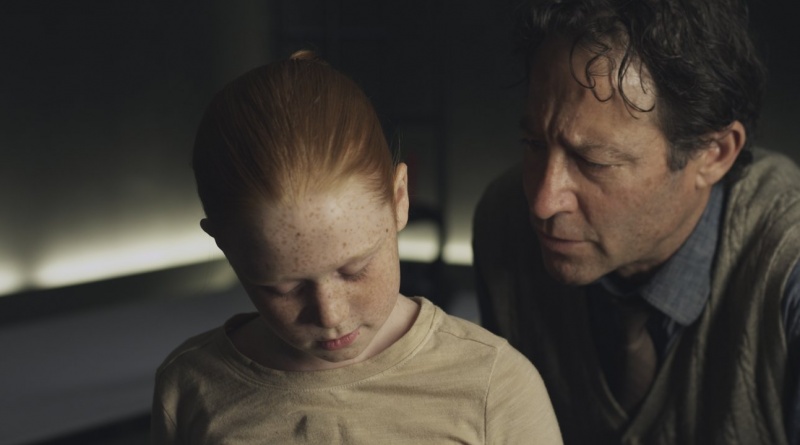 Prodigy is a thoughtful film that doesn’t quite do enough with its clever premise.

It’s set up is like combining Silence of the Lambs and Stranger Things if Clarice was facing off with Eleven instead of Hannibal Lecter.

Psychiatrist James Fonda (Richard Neil) is called in by an old friend, Agent Olivia Price (Jolene Andersen), who believes he’s uniquely suited to handle a dangerous situation. Despite his vast experience, Fonda isn’t sure what to make of the request, the heavy duty security and team monitoring the problem — a pre-teen girl named Eleanor (Savannah Liles). And Ellie just so happens to have telekinetic abilities she’s not afraid to unleash given the chance.

Liles’ performance reminded me of Edward Norton’s career making role in Primal Fear. Ellie is tired of being examined and observed like a fish in the tank. Now she takes a more aggressive approach in sessions with experts, quickly summing them up and emotionally tearing them down. Prodigy hinges on Liles’ ability to make Ellie icy and detached, yet leaving just enough doubt that she is irredeemable.

Co-directors and screenwriters Alex Haughey and Brian Vidal do a fantastic job of setting up the ominous mood and tension in every Fonda/Ellie interaction. In the opening act, Haughey and Vidal telegraph the tone of the film as more of a chess match unfolding with emotions used as pawns.

Fonda has been warned against freeing Ellie’s restraints to add a touch of danger to these conversations. Liles’ confidence keeps Ellie in the cat position watching Fonda’s mouse twisting in her clutches. But every so often, Fonda is able to break through Ellie’s control. These are the best scenes of Prodigy even when they start feeling a bit redundant.

Haughey and Vidal seem to want to establish parallels to personal traumas with Fonda and Ellie. They’re both at emotionally vulnerable stages of their lives. Neither is entirely convinced they deserve a second chance, let alone someone interested in what they have to say. To say much more would venture into spoiler territory.

Price and her team of experts have been studying Ellie for a year, which makes it frustrating that they’re so amazed by Fonda’s techniques. It doesn’t help that Price’s team largely come off just as emotionally detached as Ellie in their own way. The audience is coming in as blind as Fonda, but getting through to Ellie doesn’t seem so much a function of anything more than a little active listening.

Haughey and Vidal wisely toss in a time element to add a sense of urgency, but it ultimately leads to more scenes with lengthy discussions. Prodigy doesn’t need showy action sequences — the occasional display of Ellie’s powers suffices — yet it needed something to break the monotony of conversations in two rooms. Maybe just as simple as Fonda visiting Ellie’s childhood home for insight or a non-Ellie focused discussion with Price outside. 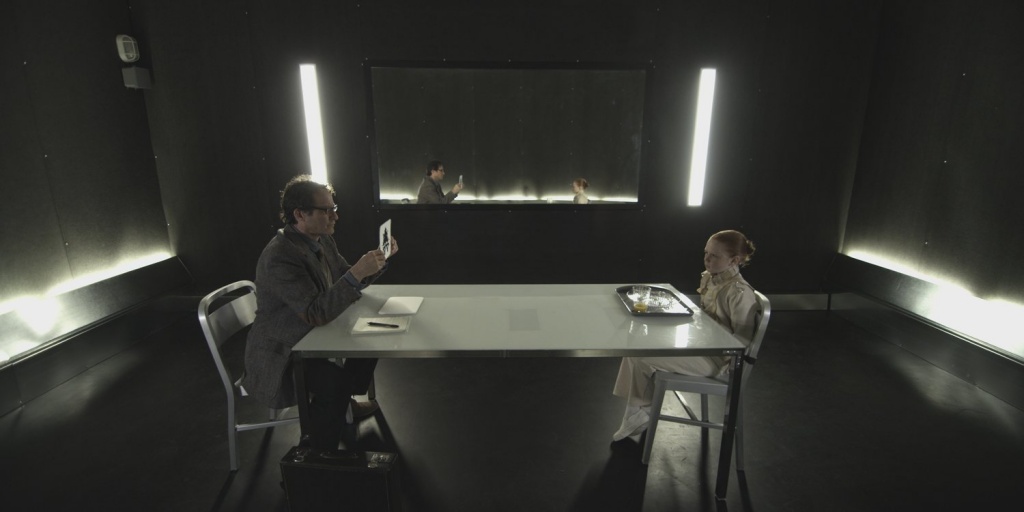 For a psychological thriller drama, Prodigy is mostly effective. It’s just missing that next gear to get it to another level.

Prodigy is Haughey and Vidal’s first full length film. This is an encouraging initial effort and suggests that they could be filmmakers worth keeping an eye on over the next five years.