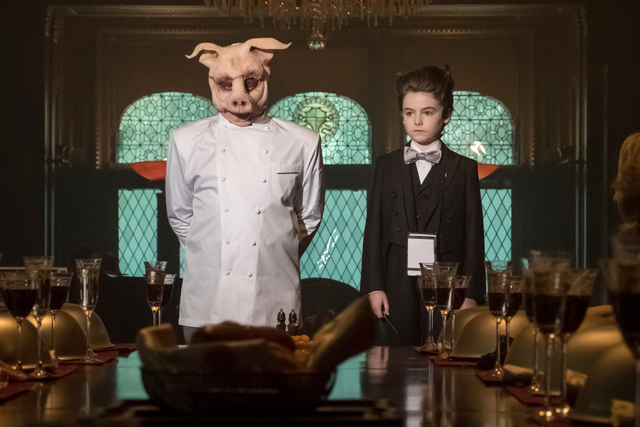 Let Them Eat Pie was a darkly humorous, morbid and mysterious outing for Gotham making for one of the most thoroughly satisfying of the season.

Professor Pyg has made for such a great villain. He’s got this creepy horror movie character vibe and the writers have really done right by him even more so than their take on The Mad Hatter. He’s killing off Gotham’s homeless now as part of his master plan against Gotham’s elite.

Bullock is still nursing his feelings over being replaced and tells Gordon he’s trying to be Gotham’s hero when it needs people who will do what’s necessary. I kinda like Gordon and Bullock being on the outs right now especially since that gives Harper more of an opportunity to be Gotham’s second honest cop. And with the Gotham press raising important questions about the city’s safety, Gordon is feeling the heat of his new position.

Bruce’s subplot has also been surprisingly captivating. I’m glad the writers are letting Bruce be an angry teenager. Bratty Bruce is the ideal kind of bridge for him in growing up and accepting his destiny as Batman. This is a great detour though as it lets him be a kid for once instead of acting like an obsessive adult Batman. Still, ditching Alfred at the mountain Bruce and Thomas would visit every year was pretty crappy. And his dismissive treatment toward Alfred wasn’t much better. 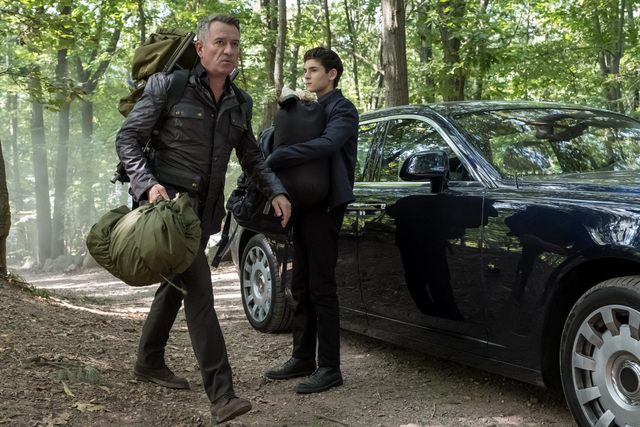 I’m so into this Sofia subplot and the uncertainty if she’s playing Gordon, Penguin or both. I love that she’s such a wild card and seemingly has everyone behaving exactly like she wants them. And it’s incredibly fascinating seeing how on edge she keeps Gordon and Penguin. Neither fully trusts her, but both continue to do exactly what she wants.

For Penguin, he gets so desperate trying to figure out her angle he recruits Martin to be his spy. He’s still unsure if Sofia wasn’t the one who set things in motion for Gordon to become the new police captain.

Pyg is manipulating events exactly according to his plans as well. He hijacks Sofia’s dinner party and forces the guests to eat meat pies…made of actual Gotham homeless meat. This was over the top even for Gotham and was disgusting and amazing at the same time.

This is the kind of craziness a Gotham criminal would do in the Batman comics and it’s great to see that played out on the show. It was just as fitting that Penguin took an ice pick to the head of the rich, fat cat who dismissed Martin’s life because he was an orphan. I typically hate musical numbers, but Pyg’s song was so ridiculous and in character that it actually worked. 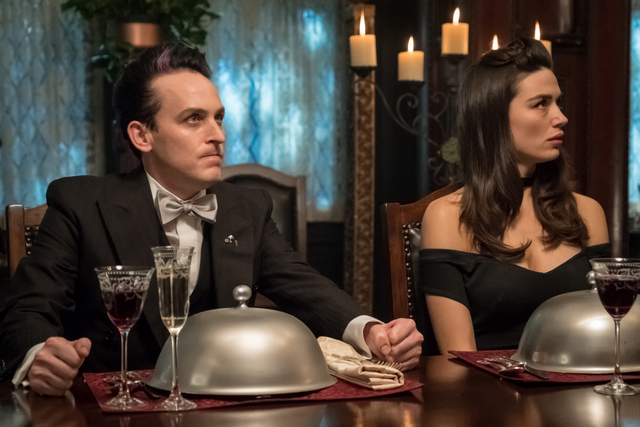 Gordon arrives just in the nick of time to spare Sofia from eating pie and has a terrific edged weapon face off with Pyg. That’s the kind of fight scene we don’t get enough of in Gotham and it was very well executed. For now, Gordon got a major victory in fulfilling his promise to bring Pyg to justice.

Sofia confessed to Penguin that she arranged for Gordon’s promotion, but her sincerity in wanting to keep Martin safe saved her. She even gets Penguin to drop the Pax Penguina. This was a major calculated win for Sofia and she sealed it by kissing Gordon. The real question is if she intended Martin to see it knowing he’d immediately report back to Gordon. I kinda think she did. And how much chaos will that create?

File Closed: Let Them Eat Pie was Gotham hitting on every bloody cylinder to create another instant classic. This show never manages to stop surprising.