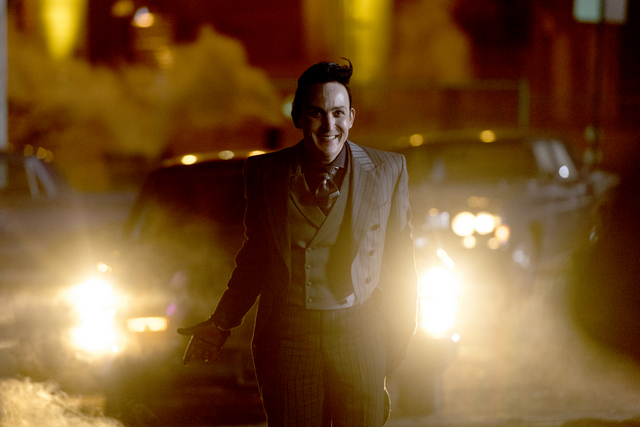 With a war brewing in Gotham it was fitting that this episode was titled Things That Go Boom. Gotham has become a far more well rounded show with all the subplots playing out logically and character agendas never feeling like they’re being decided on a whim.

With Professor Pyg locked up in Arkham, Gordon had a new mystery to solve. Pyg’s real identity. Turns out he’d undergone massive plastic surgery to change his look. This seemed like it would make for a good vehicle to use Pyg as an alias for an earlier, forgotten character. Ultimately, the writers went the source material route and simply made Pyg Lazlo Valentin. It’s probably my fault for getting my expectations up for some big bombshell, but this reveal felt a bit underwhelming.

And Arkham Asylum security is abysmal. Why would the serial killer immediately be placed in the general population area? What guard wouldn’t be well versed that the inmates can’t use magic to disappear when they’re in their cells? 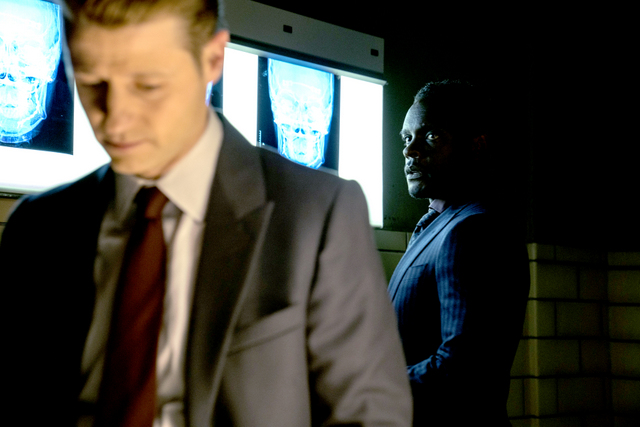 I like the rotating third subplot setup with Bruce and Lee alternating weeks. Trying to cram everyone in each week would make the episodes too congested. And we don’t necessarily need weekly check ups on their storylines. Lee had to deal with a new rival threatening to take over The Narrows. This didn’t need to be more than a one week story, but it was effective in showing that Lee is learning how to run The Narrows. Lee also revealed to Ed that his warped brain is psychological and he’s fine. Just in time for him to start hallucinating about The Riddler again…

But the big story this week revolved around Gordon, Sofia and Penguin. We’re 10 episodes into the season and I’m glad Sofia’s cards are out on the table with Penguin. Maybe not yet with Gordon, even if he seems convinced he knows her angle. Agree with him or not, Gordon showed some rare decisiveness in calling Sofia out for trying to start a war with Penguin and the GCPD and preemptively stopping it by shipping her out of town.

Gordon didn’t count on Barbara, Tabitha and Selina getting into the mix and using Sofia as a pawn to get free of Penguin. Sofia had Penguin’s every move figured out from his creepy Dentist henchman to kidnapping Martin. Sofia wasn’t lying when she said she knew Penguin and how to beat him at his own game. But Penguin pulled a fast one and faked like he killed Martin in a car explosion. I was glad that was a twist. Penguin has done some terrible things, but that would have been too far for a character who’s a villainous fan favorite. 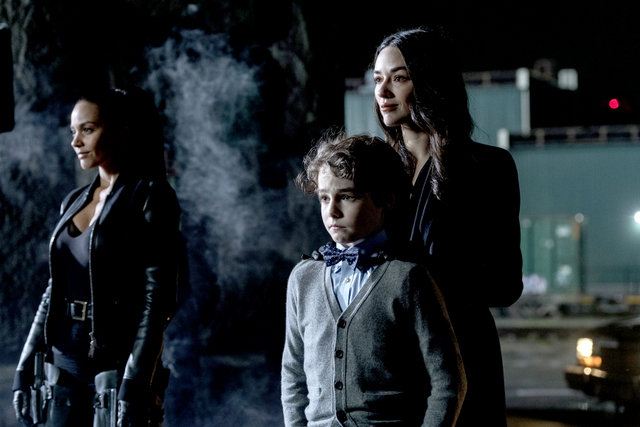 Things That Go Boom also brought back my favorite supporting character and Zsasz had several crazy moments including the rocket launcher attack and his discomfort over Penguin showing genuine emotion. Now that the war is underway, things look like they’ll be a lot more explosive in the weeks to come.