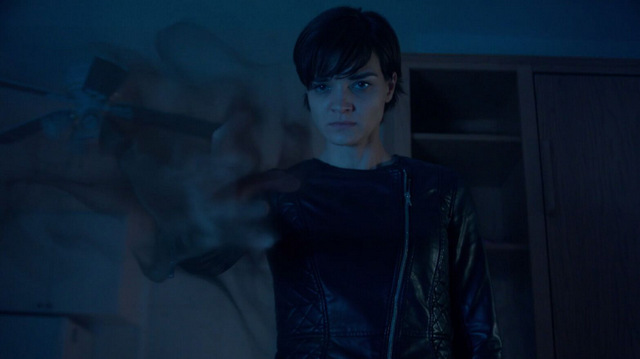 Killing Joan comes so close to being one of those hidden gem lower budget films you’re surprised people weren’t telling you about. Ultimately it falls victim to not enough funding and a script that needed another pass to get right.

Billed as a cross between The Crow and Dirty Harry, Killing Joan starts off establishing its own path just fine. Joan (Jamie Bernadette) is a bad tempered mob enforcer walking down a self destructive path. She keeps creating messes for her boss Frank (David Carey Foster) and her crew. Bernadette occasionally over emotes and gets more intense with her line delivery than necessary, but she brings more passion than the usual brooding vigilante performance. 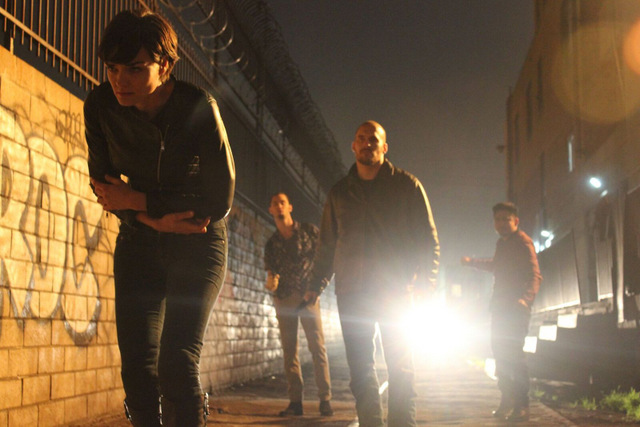 Joan goes against Frank’s orders in making an example of her ex-boyfriend Anthony (Teo Celigo), who’s been trying to help addicts at his shelter. To send a message, Frank sics his goons to presumably kill Joan. This is one of the biggest problems with the film. There’s no visual cue to suggest Joan is dead or even significantly hurt. Her leather outfit is unscathed and there’s no change at all to Joan.

But some change has occurred as now Joan can teleport and has control over some darkness force. Peters has to flail away unconvincingly while her co-stars have to react to a poorly rendered CGI cloud knocks them out. 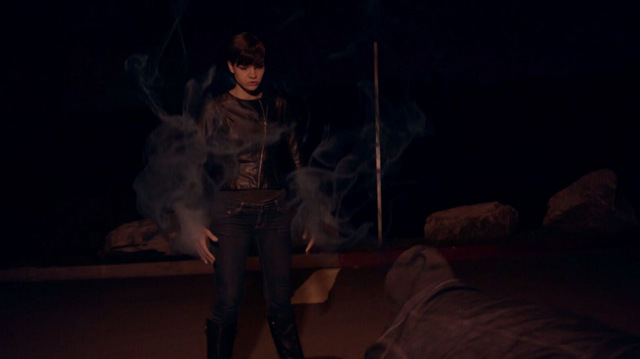 Director/Screenwriter Todd Bartoo probably needed to have another pass at the script or have another set of eyes do some revisions. The story is pretty basic, but Bartoo doesn’t adequately explain the supernatural elements or why Joan suddenly has magical powers and their scope/weaknesses. Joan starts off like a wraith whose Kryptonite is bright lights that make her vanish, but she spends most of the film in a well lit alley.

Understanding film choreography is a weak point, Bartoo glosses over that and finds creative ways to work around showing much violence. Death scenes lack any blood and Joan’s payback moments are surprisingly unsatisfying. And not just because the special effects look so cheap like a quick Photoshop job. If Bartoo wanted to emphasize Joan’s powers, he needed a bigger budget to make it look credible. 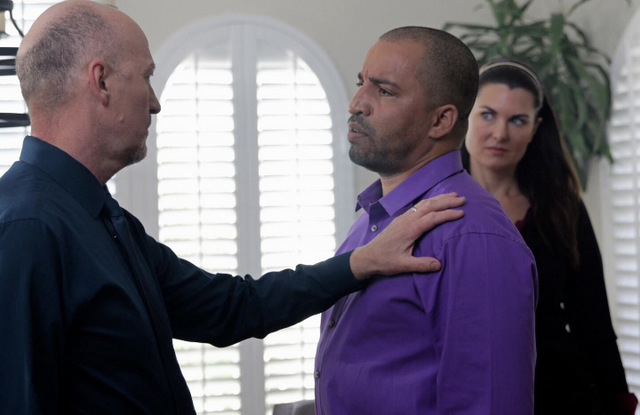 Bernadette looks more than capable of handling physical action scenes. It would have been nice to see her kicking butt as opposed to trying to draw some chemistry out of Celigo. Most of the performers are adequate, but Celigo is easily the film’s acting weak link. Former WWE star Katarina Leigh Waters (Karate Kill) has a brief battle with Bernadette, but it’s hampered by the terrible CGI.

Bartoo has some core film making techniques down and adds a solid amount of style with good transitions and excellent lighting. The soundtrack is decidedly better than most of the scores smaller scale films typically feature. Maybe angling for some attention on Cinemax, Bartoo has some lengthy PG-13 sex scenes that are impressive in their lack of sizzle. The final act starts off confusing and doesn’t make any sense as it plays out. 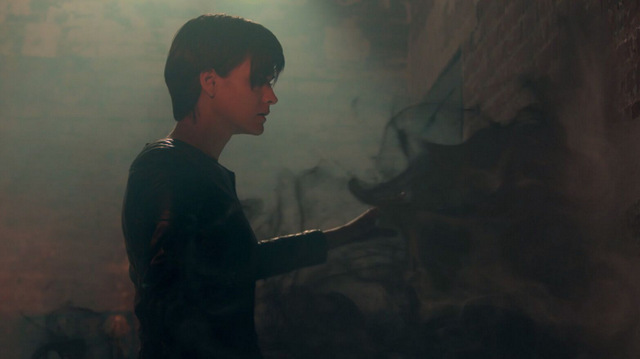 Killing Joan really did have a ton of potential, but it’s too inconsistent and focuses on all of its worst elements.