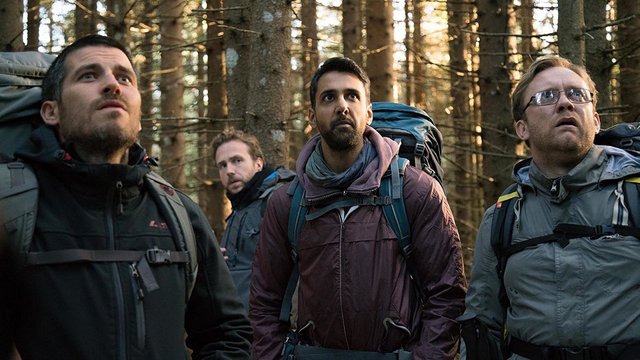 While it doesn’t hold up logically thanks to some confusing plot twists, The Ritual is an effective thriller that will keep viewers on edge.

When their friend, Robert, is tragically killed, four college buddies reunite to fulfill his dying wish — taking a hike through the mountains of Sweden. Luke (Rafe Spall, Prometheus) is carrying an extra level of guilt as he — and some of his friends — wonder if he could have prevented Robert’s death.

One thing that quickly becomes apparent is that Luke is a survivor. At times his lack of heroism might be frustrating, but his actions are understandable and more realistic than the typical horror/thriller main character. 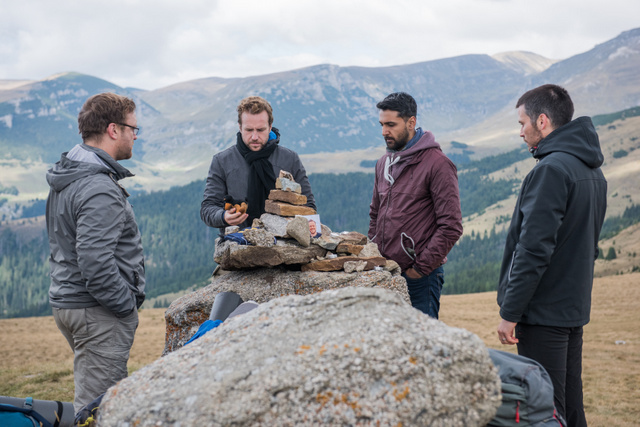 When Dom (Sam Troughton) screws up his leg, Hutch (Robert James-Collier) and Phil (Arsher Ali) figure they can get him back quicker by taking a shortcut through a dense forest. But just like darker fairy tales, this trip through the woods quickly proves to be a terrible idea.

Director David Bruckner sticks to a lot of the standard bump in the night style thrillers. It’s not groundbreaking by any means, but Bruckner successfully maintains that sense of dread and uneasiness throughout the film. Camera angles and eerie cinematography from Andrew Shulkind and Ben Lovett’s score definitely helps add to that creepy ambience.

There’s some unexplained forces going on that’s psychologically affecting all of the group in particular Luke, who’s having visions of Robert’s murder. Bruckner never fully delivers on that despite making it a significant subplot. Developing this aspect that examines personal guilt and the burdens others put on you could have taken The Ritual to another level instead of an average monster in the woods film.

This is probably one of those cases where viewers who’ve read Adam Nevill’s book have a better idea of certain plot points that don’t make much sense in the film. That’s really frustrating in the final act where a significant twist Screenwriter Joe Barton handles the other aspects of the characters better especially their reaction to the craziness around them.

As for that major bump in the night? Bruckner pays that off nicely in the final act with an inspired, nightmarish monster. Despite some other problematic issues with the final act, it also featured some of my favorite scenes as a character for a change doesn’t act stupid in attempting to escape. 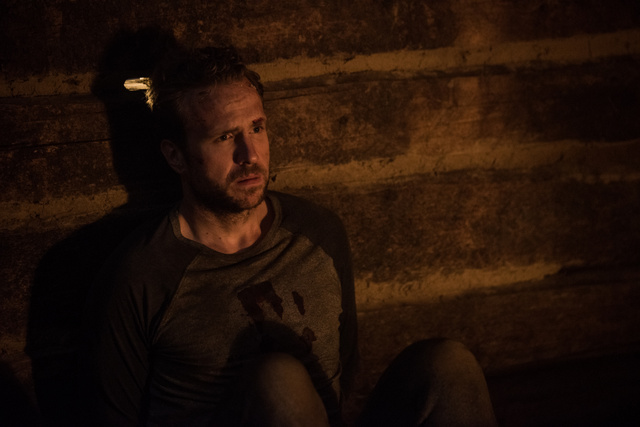 Netflix has definitely committed to having a lot more original films. That increased output means the level of quality isn’t always going to be top notch. Leave those fears behind with The Ritual, a film that’s easily worth checking out. Preferably in the company of a few friends who can experience the nerve-wracking moments and question character choices along with you.