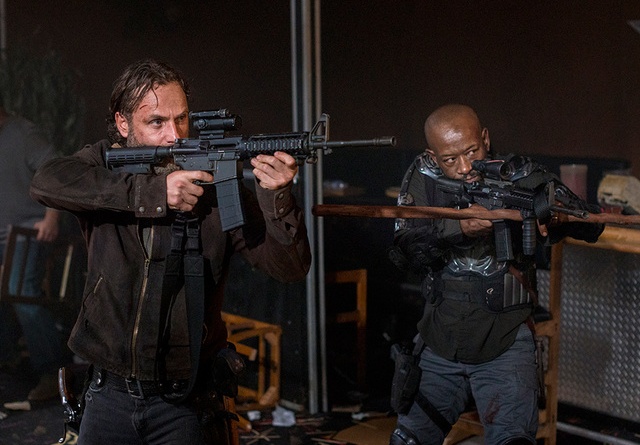 The Walking Dead continued its roller coaster of quality this week. With last week being somewhat underwhelming, that meant Still Gotta Mean Something was a very strong episode. As the show only has two more episodes left this season, hopefully this means there’s no more see-sawing dips and rises to close out this year.

We don’t spend a ton of time with Daryl this week, but they were important. Tara didn’t succumb to the walker death sickness and realizes Dwight shot her to save her. While Daryl is unconvinced Tara gets off a rare great line in saying ‘Do what you gotta do, but know it’s just for you.’

The second was with Rosita as they travel to a Savior outpost and find Eugene leading the bullet production. I was ecstatic to hear her suggest they kill Eugene. Dwight has definitely done a ton more to earn Team Hilltop’s trust compared to Eugene, who has been pretty comfortable with The Saviors. 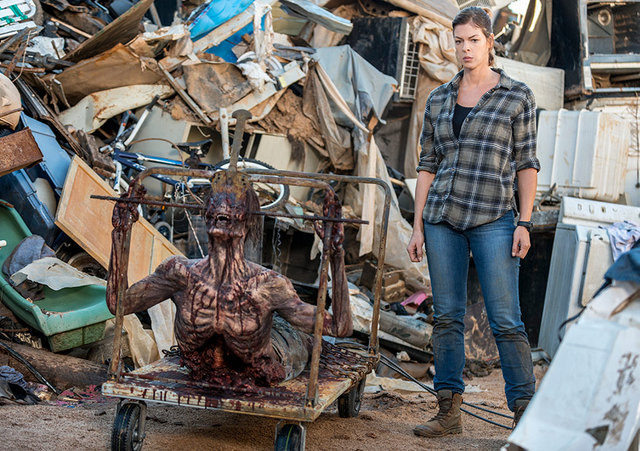 Next up on the interesting subplot circuit was Negan and Jadis. We got an odd flashback on her ‘escape’ from The Saviors when Simon called for Order 66. It was nice to see that not all the Junkers politely waited to be shot. Through occasional moments of trying out his What The S#@! catchphrase, Negan managed to talk Jadis off the killing Negan ledge.

This was from a rare emotion from Negan — sincerity. He genuinely apologized for her pals’ execution and vowed to make things right. And when he showed even more vulnerability in explaining Lucille’s origin, Jadis was moved enough not to kill him. But not enough to clue him in on the helicopter or her little studio apartment — sans utilities — in the junk heap. What is Jadis playing at? Where was the copter going to take her if they spotted her flare? If nothing else, she’s become a welcome mystery and wild card.

Congrats to Nova Nation! Get Your Champs Gear at Modells.com

That wasn’t the only mystery of the night as Negan picked up someone on his way back to The Sanctuary and the odds are it’s not going to bode well for Dwight. 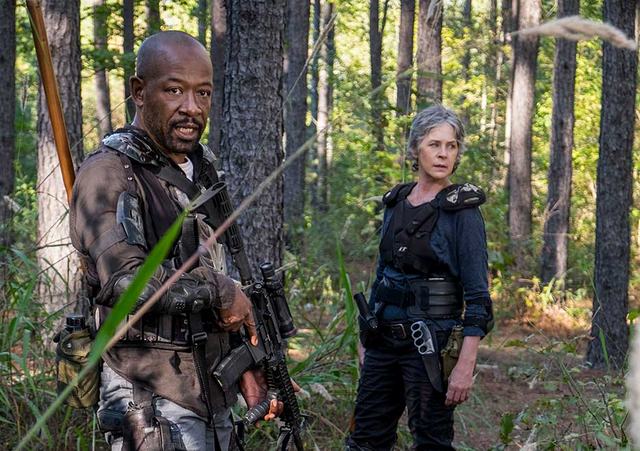 Three of show’s principal characters have lost children and Still Gotta Mean Something addressed that in an usual Walking Dead manner.

Along the way, he runs into Morgan, who ditched Carol after having visions of Henry suggesting he’s dead. For all the medical doctors on The Walking Dead, a psychiatrist could actually make for an interesting character to help folks like Morgan deal with their PTSD. 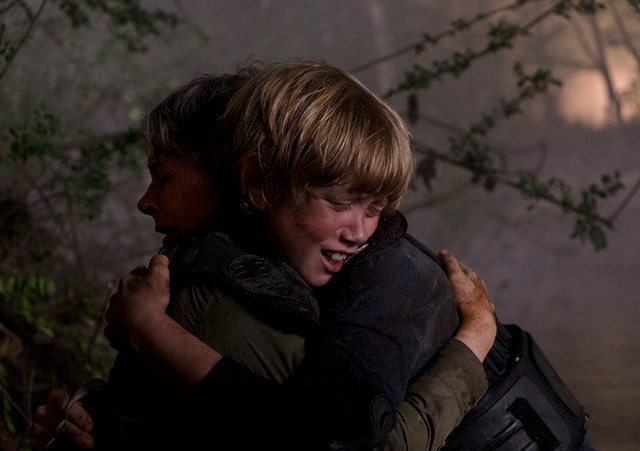 Carol, meanwhile, did manage to find Henry still very much alive, but cornered off road by walkers. I appreciated the parallels to Carol’s failure to save Sophia in a somewhat similar position so many years ago. She wasn’t strong enough to do that back then and Carol confides to Ezekiel that she worries about losing that better part of herself again. This brings a lot of things full circle for Carol. How comfortable are we feeling about her surviving the season finale?

Just as they get a lead, the Saviors manage to sneak up behind them and knock them out. There’s some irony in Rick and Morgan being prisoners of their former captives. Jared tries to convince his guys to use them to get back in the good graces of Negan, but some are intrigued by Rick’s offer of a fresh start.

When the walker horde arrives, there’s no more time to debate and the Saviors release Morgan and Rick to help fight them off. But in one of the ballsiest moves the show has possibly ever done, Rick and Morgan turn on The Saviors and kill them/let the walkers devour them. Morgan let Jared have the most gruesome death as walkers picked him apart while Morgan held him through a fence. 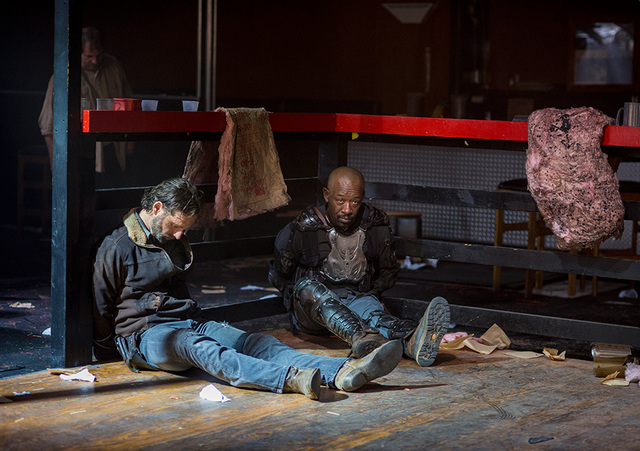 Rick’s explanation to the last dying Savior? He lied. A man’s word still gotta mean something, but not for Rick. Side by side with Morgan, Rick asks a question that’s bugged him since the start of this walker world: Why did Morgan save him when his son was there?

It takes Morgan no time to answer. Because his son was there. This was a great scene. Andrew Lincoln provided some very strong subtle physical cues here as if Rick started playing out his life he’d lost Carl as long ago as Morgan. Would he be any different than Morgan is? Is he any different now?

File Closed: Still Gotta Mean Something was one of those episodes of Walking Dead that proves all hope isn’t lost and that the show can still pack some impressive action while taking the characters in compelling directions.