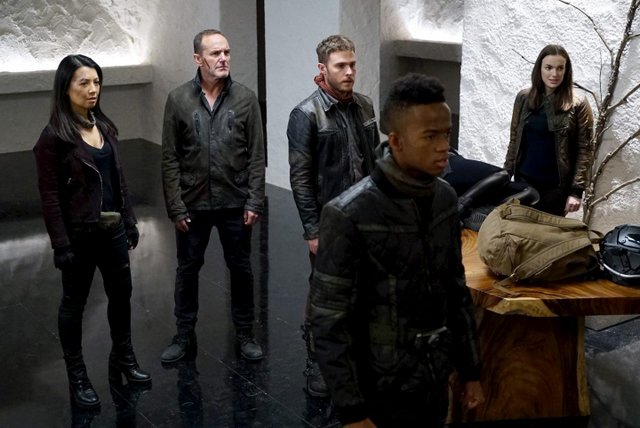 Past Life continued Agents of SHIELD’s momentum from last week as the team finally got everything in order to return home. Even if several of the steps it took them to get there will end up dooming the world all over again.

If there’s any one thing with this space storyline that’s been tough to swallow it’s that in a world with Doctor Strange and The Avengers that SHIELD could possibly do anything that would ruin the planet. Daisy is powerful, but powerful enough to do something Thor, Strange or Iron Man can’t fix? Seems doubtful. 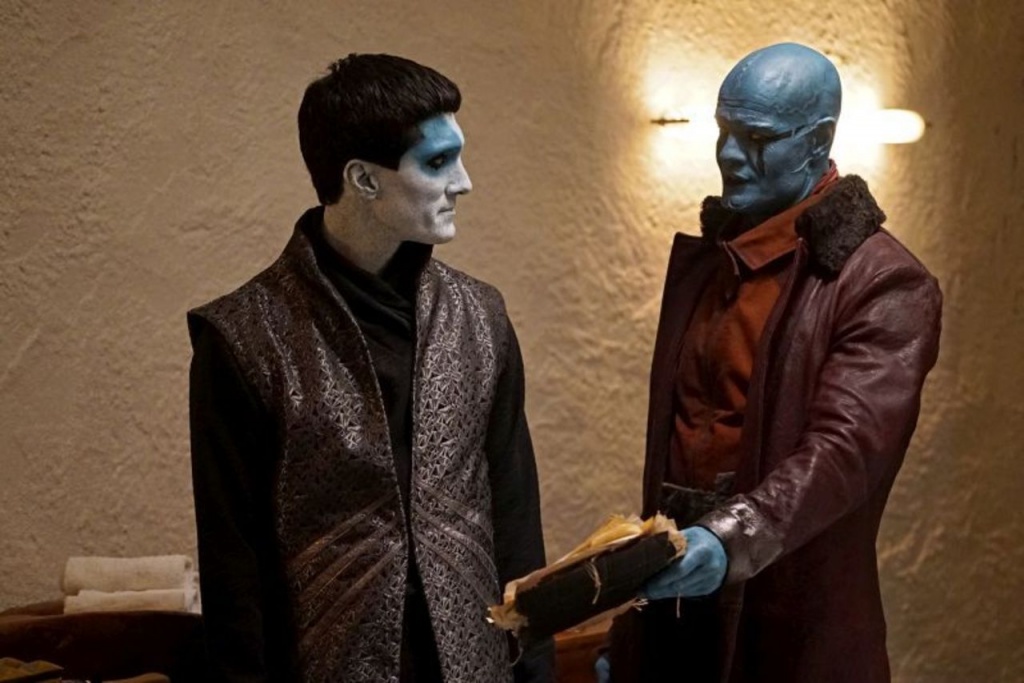 After finding Sinara’s body, Kasius went even crazier than usual killing his doctor and his No. 1 Inhuman lackey. This time through a supplement that grants the user immeasurable power before they die. This is why Kasius never really clicked as the main villain. He’s got a cheat code for everything. Super assassin? Check. All-knowing seer? Yep. Super power serum? He’s got that too. It never really feels like he’s had to struggle for anything with SHIELD and always has exactly what he needs conveniently at the right time.

With closing time fast approaching, SHIELD had to reunite in order for Enoch to operate the door to help power the monolith Flint was rebuilding. In a very cool scene, Flint uses the spacesuit to acquire the limestone needed for the monolith and send the Kree into space. That was almost as impressive as Fitz’s decapitation trick. While this season has had some problems, making Fitz more of a bad a$$ has not been one of them.

For some odd reason, Elena is off scouting in regular motion. That’s weird as she could do that so much more effectively and cautiously in super speed bursts. On her search for any more Inhumans, she encounters Kasius’ seer — Future Yo-Yo. This time loop is confusing.

Kasius has been killing her and bringing her back for more Inhuman DNA. The problem is SHIELD brings back everything that’s going to ruin things in their future. Future Yo-Yo tells her past life self that she remembers being on fire and reaching for Mack and nothing’s there — don’t tease me with killing Mack AOS! FYY says Coulson makes the choice that kills them.

Meanwhile, Kasius’ souped up Inhuman finds Coulson and Daisy and puts up a good fight before Daisy kills him. Better than good though as he managed to infect Coulson. In a really terrific sequence, FYY and Elena’s conversation is intercut with Coulson making this fateful decision to ice Daisy so she can’t stay in the future and hide his infection. Which one will be the biggest issue? And whose loyalty dooms the world? To really sell how brutal life has been for Future Yo-Yo, she ditches her blanket to show her arms have been cut off! Yikes. 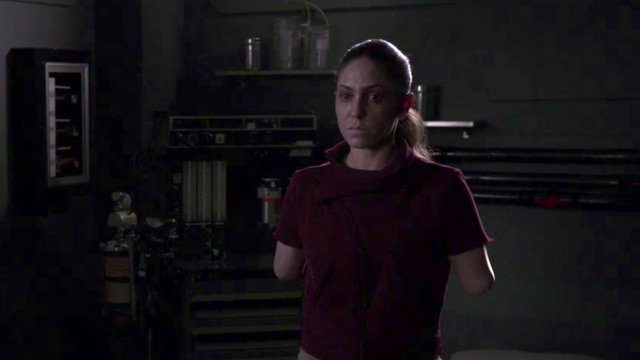 In easily the episode’s biggest coincidence, Elena runs off from her future self and apparently takes the long way back to the others. In the meantime, Mack runs off after her and confronts Kasius and FYY. Kasius pulls the ultimate heel move and slices her throat, which naturally has Mack plotting revenge. But Kasius dopes up and eventually overpowers him. I loved that the writers gave Gemma this moment to sneak up on him with his own sound dampening device, which was enough of a distraction for Mack to kill him. Shotgun axe for the win! But where the heck was Yo-Yo in all this?

Elena casually strolls in telling Mack she’s sorry he had to see that, but was she grabbing souvenirs? The team rushes back just before Enoch explodes and the monolith opens up. Did everyone make it back in time? Well, thanks to the next episode teaser they do, but a little suspense would have been nice. 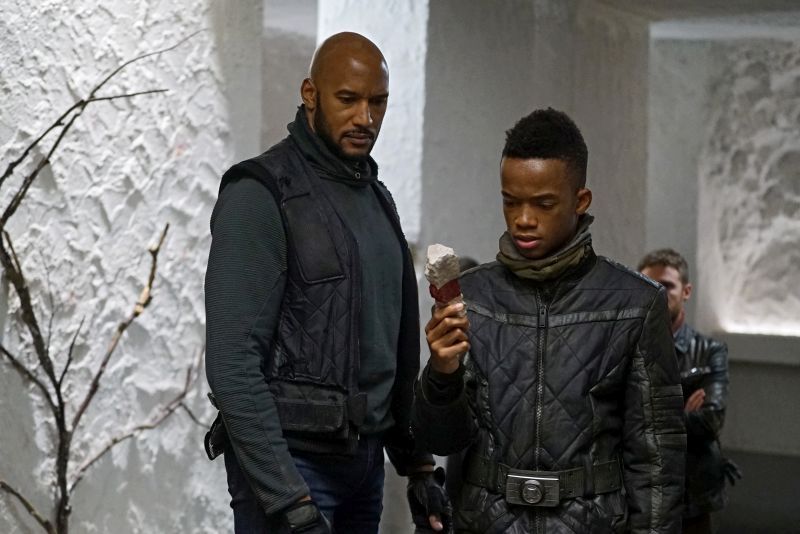 As lame as his bad boy shtick was, Deke deserved better. He was grating and self-serving, but it seemed like there was some potential for him and Tess. At least Flint and Tess can start reshaping their world — literally — to be better for the remainder of the humans with no more Kree problems…for now.

There’s that nagging feeling Future Yo-Yo’s warnings will prove correct and this isn’t the end we’ve seen of this future. Strangly the thought of SHIELD returning to fix their mistakes has me more about interested in the space saga than any period when they were here.

File Closed: Past Life was a strong conclusion to the space subplot, which could have a lot more meaning based on how the return to Earth storyline plays out.