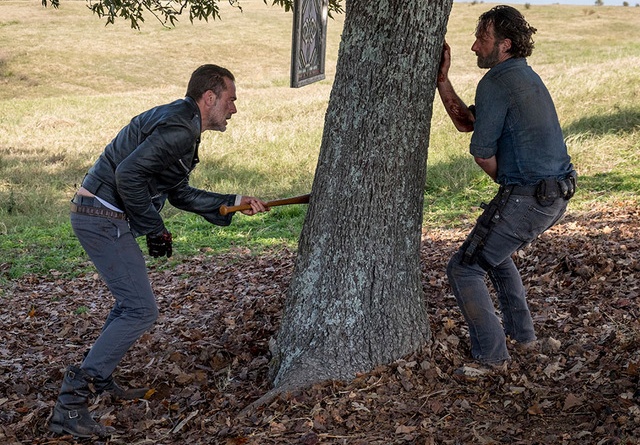 Wrath definitely wasn’t the typical season finale for The Walking Dead. In a lot of ways that made for a more interesting end point especially with the various possibilities for next season. There were a few minor issues that bothered me a bit though so let’s break it down.

Before setting out on the big take down the Saviors’ mission, Rick needed to hear from Siddiq. He hasn’t gotten a ton of screen time on the back end of the season, but I like Siddiq and think he’s going to continue to prove useful on many fronts. Tonight, he played two important parts. The first was telling Rick all that’s left of the people we lose are their ideas. That’s an interesting point and one that got Rick thinking. 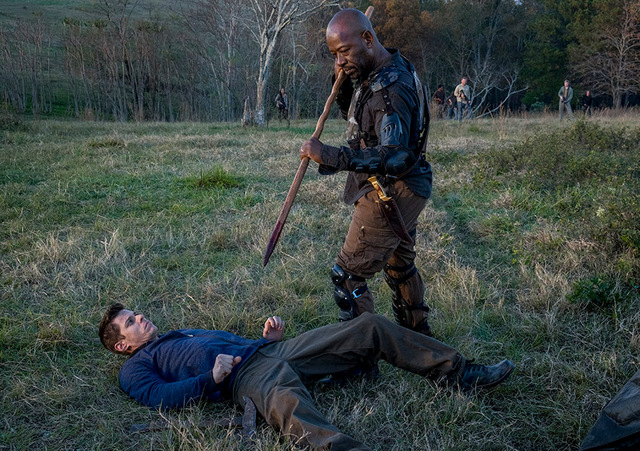 As the war prep starts, a few observations:

Like a good movie villain, Negan wants to confess with a long monologue to Gabriel. Maybe Gabey wasn’t in the mood for confessions or was just tired of Negan’s shtick, but he jumped out of the car despite barely being able to see. This was a dumb plan. Eugene threatened to make an example of him, but Negan had other plans.

With all the remaining real fighters from The Hilltop, Kingdom and Alexandria gathered in one place thanks to his trap, Negan had all his enemies where he wanted them. Even Dwight, who was ironically rocking Daryl’s A prisoner jumpsuit. The Saviors have the high ground in the field, but they didn’t count on Eugene.

He’d sabotaged the bullets, rendering the Saviors largely incapable of fighting. Shout out to Jovan for calling that on last week’s podcast. Mercy proved the salvation for Hilltop — a recurring theme tonight. The kabboey bullets didn’t stop Negan from going after Eugene and getting fended off by Gabriel and Dwight. It was pretty satisfying watching Dwight get some long brewing payback on Negan.

After so much effort and episodes focused on their lack of action, Oceanside’s big moment in saving The Hilltop from a Saviors invasion felt underwhelming. Maybe it was simply because the threat of the Saviors Hilltop invaders never got enough time to feel significant. And where was Aaron?

While the rest of The Saviors surrendered, Negan was on the run possibly thinking it’d be nice to still have a kill ’em all No. 2 by his side, especially with Rick in hot pursuit.

Negan got exposed in a lot of ways in Wrath. The biggest was he still has a modicum of decency and admitted to Rick that the Eeny, meeny, miny, moe shtick was BS. He just didn’t want to kill Rick in front of Carl. The other was that Carl really affected him despite all his bluster. It just took Rick invoking Carl’s name and a chance to talk about his vision to get Negan to get emotional. That was more than enough time for Rick to slice his throat in his most gangster move since…well, two weeks ago. 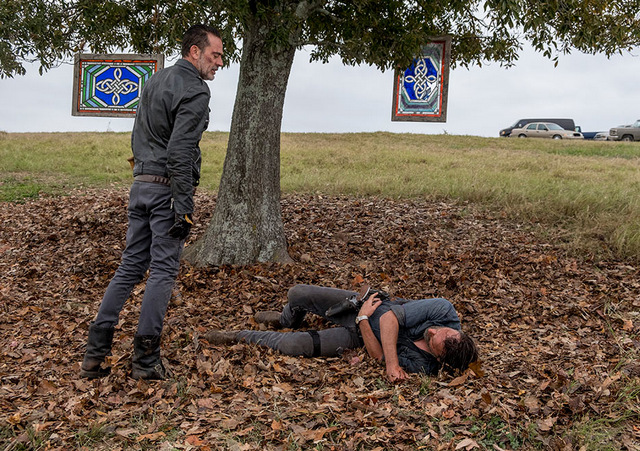 But Negan’s words, Morgan’s example and Carl’s blasted letter stuck with Rick and he told Sidddiq to save him. Maggie was distraught. After all, the one person whose agenda she never doubted was Rick. They were on the same page of Negan’s death = the end of the Saviors. For Rick and Michonne to suddenly change the plan and show mercy to the same man who bashed her husband’s brains in was the cruelest betrayal.

Rosita and Eugene make up, but not before she punches him for the vomit. Perfectly understandable. Morgan retires his Kingdom jersey and heads off to FTWD, but he’s got a message to deliver first. Rick asks him to bring Jadis out of the trash heap and to The Community. Jadis is so excited about being around people again she dumps her hipster alias and tells Morgan her name is Anne.

Daryl also catches the mercy spirit and after listening to Dwight’s confession, gives him the truck with a warning not to return and to make things right with Sherry. Dwight eventually managed to become a pretty sympathetic character and I was glad Sherry is still alive and sending clues on her whereabouts. But what genius let Daryl ride off with Dwight???

While the rest of the surviving Saviors Prisoners Vol. 1 are headed back to rehabilitate The Sanctuary, Alden wants to stick around to be stepdaddy…er, help Maggie and company. 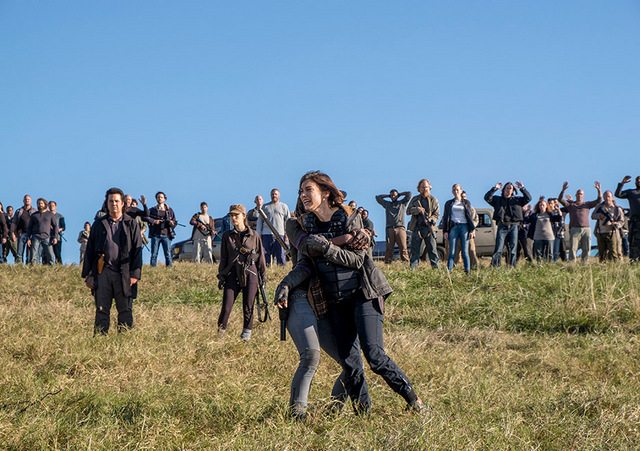 With All Out War ending it looks like we’re heading towards All Out Mutiny. Maggie thanked Jesus for bringing the Saviors prisoners back to the Hilltop and showed her it could work. But she still wants Negan dead. For now, they’re going to bide their time and gather their strength and then kill Negan. Oddly, super pacifist Jesus is grinning like he’s all in with this plan despite it going against his entire moral code this season.

Daryl was lurking in the background, but he’s also down for it as well. The thought of Daryl screwing up yet another perfectly good plan annoys me to no end. Daryl has shown negative growth this season and has arguably devolved to a blunt instrument. This would have been an ideal time to make Alden more important as one of Maggie’s super inner circle.

While I’ve got issues with Maggie’s secret allies, I’m not sure I disagree with her mindset especially since Rick and Michonne just want to make Negan an example of him by keeping him locked up. Their thought is Negan’s imprisonment will signal a return to civilization with law, order and consequences. It’d be way easier to kill him than run the risk of him killing more of their friends later. I don’t like this plan, Rick.

Wrath ended with no main characters dying. That was a big shock and in all honesty, a little disappointing since the cast has gotten so massive. 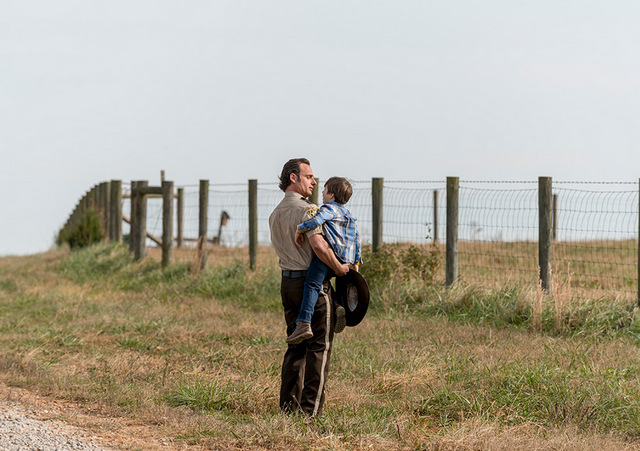 With life returning to ‘normal,’ Rick writes a letter to Carl saying he remembers that walk to the farm and he’s determined to make this new world mean something to honor him. That was a very fitting bow to this season, which had some rough moments, but effectively used Carl’s death to refocus and get the back half of the year to a satisfying conclusion.

As to what happens next? There’s a lot of potential. Negan’s inevitable escape seems obvious, the fallout of Rick and Maggie, that massive horde of walkers on the horizon and the possibilities of Morgan bringing back any new friends immediately comes to mind. With some changes in store for Season 9, The Walking Dead seems surprisingly full of life once again.