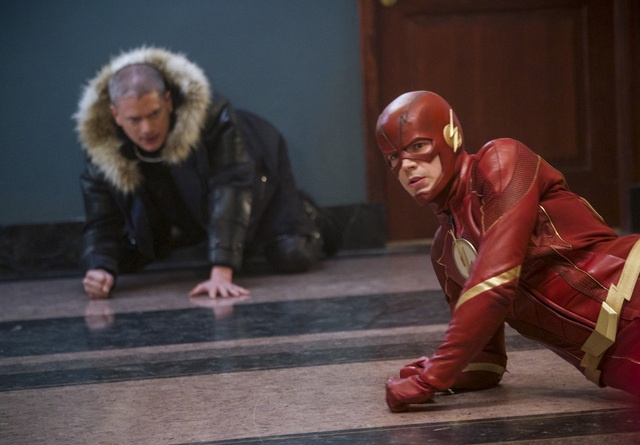 Fury Rogue made for a decent follow-up to Lose Yourself as Team Flash struggled with loss on various fronts.

The most obvious was Ralph’s death. While it was still tough to picture this great version of Ralph the characters spoke of, at least it provided another fantastic showcase for Grant Gustin’s range. Gustin always shines in these big tragic moments in Barry’s life. This season could have done a much better job of rehabilitating Ralph faster and making him more endearing so the audience could feel that same sense of loss, but Gustin was amazing.

Candice Patton was also very solid tonight as Iris was quicker to share her thoughts on Ralph’s death and be that supportive rock for Barry. Patton hit some amazing non-verbal cues to show how Iris is always there for Barry when he spoke with the therapist.

Caitlin was grieving Killer Frost, which felt like a reminder that she never gets this much attention unless someone close to her has died. This ‘bond’ Caitlin suddenly developed with her murderous alter ego wasn’t established early enough to get invested in her subplot, but at least she’s got her own story.

Harry was faced with losing his intellect after overexposure to the thinking cap. This was the one segment that didn’t work as well. The scenes with Cisco for the most part played out a little too much like slapstick. And if one thinking cap fried Harry’s brain why would making a second for the proverbial two heads are better than one have better results? 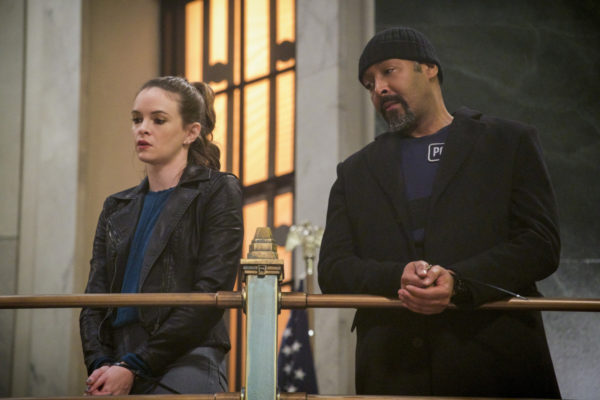 Maybe the most frustrating aspect of the episode was the telegraphing that it’s not going to be Team Flash who ultimately defeats DeVoe, but his wife. Last week seemed to suggest DeVoe had come around and was doing all the power stealing for Marlize. After all, she dutifully cared for him while he was in his wheelchair.

Now he’s still considering doping her up and berating her with the leave the thinking to me comment. Perhaps it’s just a matter of DeVoe being so obsessed with power that his emotional side is fading? I still think the far more unique approach was to have DeVoe stay devoted to Marlize like Barry is to Iris.

With DeVoe going after Fallout, the team needs someone who can help him stay cool. Enter Citizen Cold from Nazi-cleansed Earth-X. I don’t like the cheat aspect of getting heroes from other Earths to assist on regular missions. That makes Flash seem silly for not getting Supergirl’s help in taking down DeVoe. And it made little sense for Siren-X, the Earth-X version of Black Canary/Black Siren to hitch a ride and go on a vengeance quest.

I kinda wished Katie Cassidy played Siren-X a little different than her standard Black Siren portrayal. Even a German accent would have mixed things up enough. And could someone at the CW understand that viewers know regular cast members’ names at this point so saying ‘special guest star Katie Cassidy’ before she appears on screen ruins the surprise. And basically every other Earth’s Laurel is a terrible, awful person, apparently? 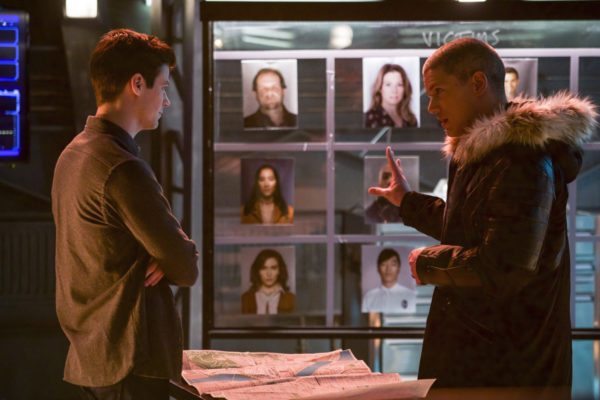 Wentworth Miller seems to vamp up his Citizen Cold performance even more than his hammy take on Captain Cold. But Miller is nothing if not enthusiastic in playing these characters and his exuberance is fun. Citizen Cold essentially played the role of kindly godfather doling out sage advice to Barry and Caitlin on their losses. For Barry, he needed to grieve in order to fully be in position to move on. It was an interesting lesson, but it worked.

I wasn’t completely sold on the reason for Citizen Cold showing up, but at least his appearance accomplished something in getting Team Flash out of their funk.

File Closed: Fury Rogue allowed The Flash cast to tap into their emotional side while providing a fun sendoff for Wentworth Miller in the Arrowverse.