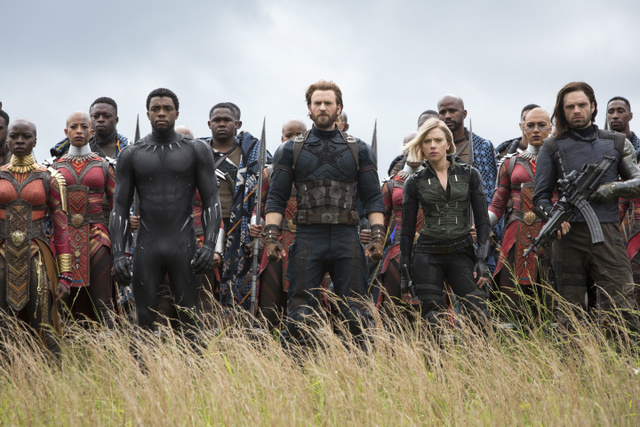 Infinity War is Marvel’s answer to Empire Strikes Back with our heroes facing off against overwhelming odds and the increasing sense that all hope is lost. Foreshadowed way back in the first Avengers film, Thanos (Josh Brolin) is now ready to strike. He’s begun his quest to collect the six Infinity Stones in effort to accomplish his end game — wiping out half the universe’s population to restore order.

With his lackeys, The Black Order, Thanos quickly racks up a body count including some characters audiences will miss. As he gathers more of the Stones, Thanos’ power increases, making an increasingly desperate situation worse. 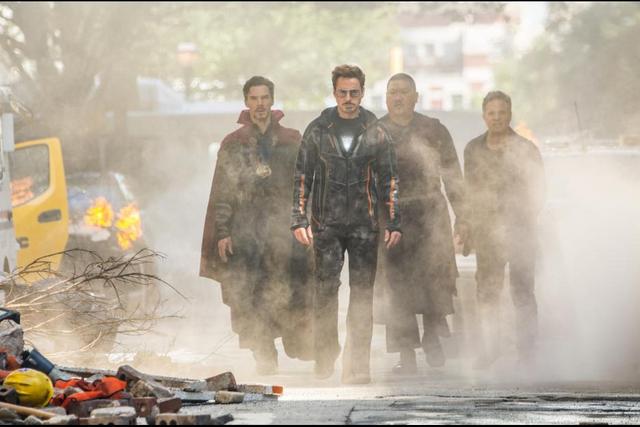 Directors Anthony and Joe Russo have described Avengers: Infinity War as a heist film and that’s appropriate even if the heroes are the ones trying to stop the heist. This makes for an interesting dynamic as Marvel Studios is now excelling with giving their villains surprising depth. There’s an unexpected sense of honor in Thanos making him so much more than the rule the world cliché villain he could have been. 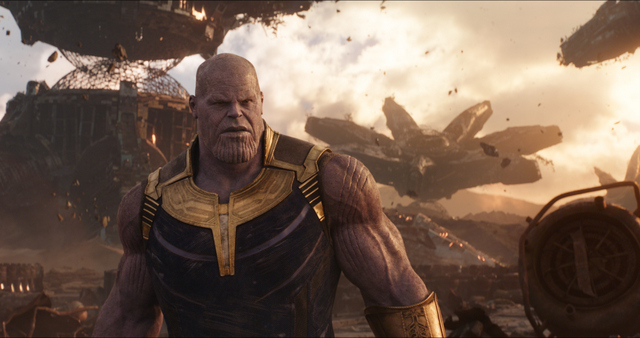 Nineteen films into its impressive reign, maybe it’s not surprising that Marvel Studios is only in competition with itself at this point. For the record, Black Panther is still tops as far as the standalone, The Dark Knight style accessible to even non-comic book fans epic. Avengers: Infinity War is everything fans have come to adore/obsess/cherish for 10 years.

Everything is definitely the best word for Infinity War as the Russos show an amazing comprehension and respect for the entirety of the MCU.

The film feels like the best elements of the various fabrics of the Marvel Cinematic Universe come together in one movie. Doctor Strange scenes and sequences feel authentic to his solo film. The irreverent tone of the Guardians of the Galaxy remains intact while the regal and majestic atmosphere of Black Panther carries over as well. 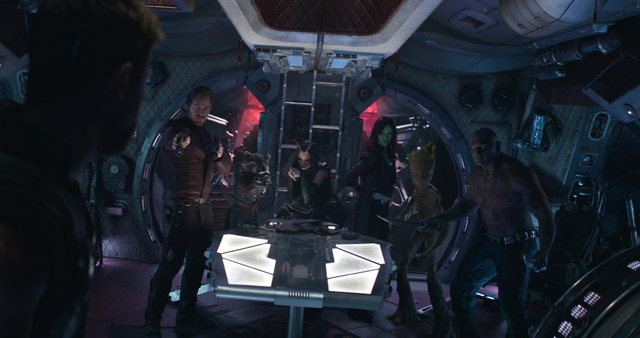 Perhaps the most significant compliment for Infinity War is how much it comes off like a classic comic book crossover. I had that old school thrill like I was reading various chapters of individual comics that together made for this amazingly cohesive and massive story.

Like any good crossover, a lot of the fun comes from the unexpected pairings and seeing how the characters play off each other. It’s a testament to screenwriters Christopher Markus and Stephen McFeely that no one feels off or does something completely inconsistent with their character. Despite the dozens of characters with significant speaking roles, Markus and McFeely give everyone adequate attention. Regardless of your favorite character, they will have a moment in the spotlight.

Even more impressively, Markus and McFeely allow for significant character development. Vision and Scarlet Witch feel more essential here than they have in two previous films. Thor continues his fascinating evolution that began in Thor: Ragnarok; Doctor Strange essentially demands future sequels and the Guardians are the heart of the film. At 156 minutes, the film isn’t short, but there’s no sense that there’s a wasted moment. 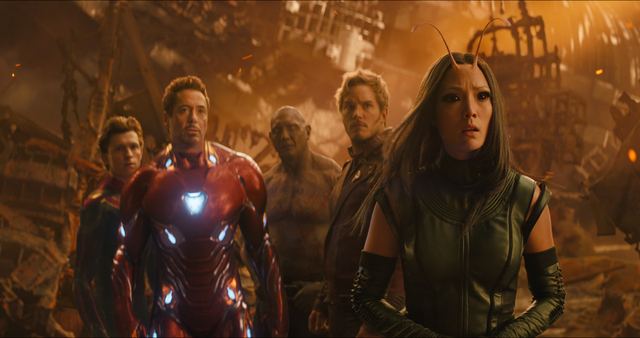 Performances have never been a weak spot for the Marvel Studios films, but the cast delivers some incredibly powerful scenes. Zoe Saldana, Chris Pratt, Elizabeth Olsen, Hemsworth, Holland and Cumberbatch in particular stand out, but the acting throughout is at a high level.

The Russos prove they’ve got a better handle on massive scale superhero blockbuster action better than anyone. The fight scenes are expertly crafted and laid out in a way that makes sense and is easy to follow. Considering the scope of these battles that’s very impressive. I’m going to need a few more viewings to choose a favorite, but The Russos top their acclaimed Captain America: Civil War airport scene on multiple occasions.

It’s imperative not to let anyone spoil the film as it’s so much better seeing it without knowing what happens. Final warning for non-comic book fans — Infinity War is the first part of a two-chapter story. Also, there’s just one post-credit scene, but it comes at the absolute end of the film. 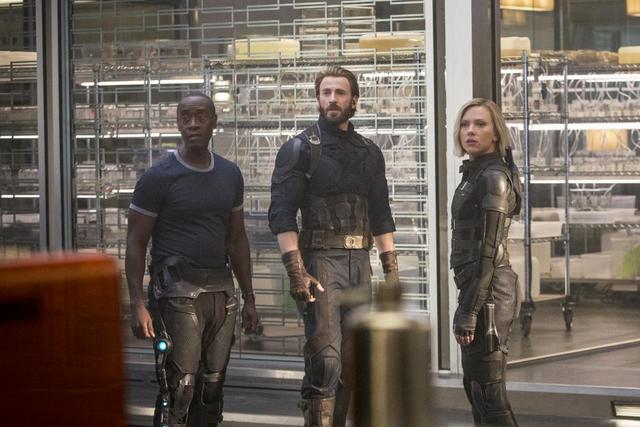 I’m breaking my rating scale for this one as Avengers Infinity War is the kind of crazy ambitious film that should be impossible to make this captivating, spectacular and memorable. At this rate, there’s no danger of Avengers or Marvel Studios fatigue setting in anytime soon. We’re in the Golden Era of superhero films and fans will remain thirsty for the next sip of the Avengers’ universe.