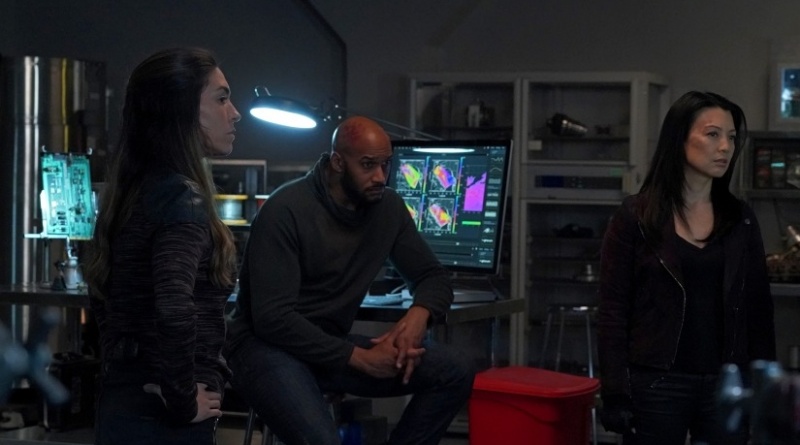 It took just one episode for Agents of SHIELD to feel like it’s back on track. All the Comforts of Home did benefit from some of the groundwork set from the future space subplot, but returning the team to familiar surroundings instantly gives this season a greater sense of urgency.

The team arrived back at the lighthouse outpost, which oddly activates a welcome recorded back in the 70s by Gen. Rick Stoner (Patrick Warburton). This was a little harmless fun even though it seemed to distract Coulson and crew longer than necessary.

Time is of the essence for the team as the new keeper of the lighthouse, Noah (Joel David Moore) informs them of a potential threat. Noah is one of Enoch’s alien race of not-watchers, but alerts SHIELD that the same beacon Hive used to summon the Kree has been activated. Elena is haunted by Future Yo-Yo’s warnings of everything going bad for the team.

Mack assures her now they know what will happen they can prevent it from happening. Sounds like solid logic, Mack. And maybe things would be a bit better if Coulson was more up front about the virus slowly killing him.

That’s not the only potential cause for alarm as the lighthouse also has three monoliths stored away for safe keeping. And who was the Asgardian in the city? Odin? Now I’m curious if the time frame for this season is set pre-Thor: Ragnarok. 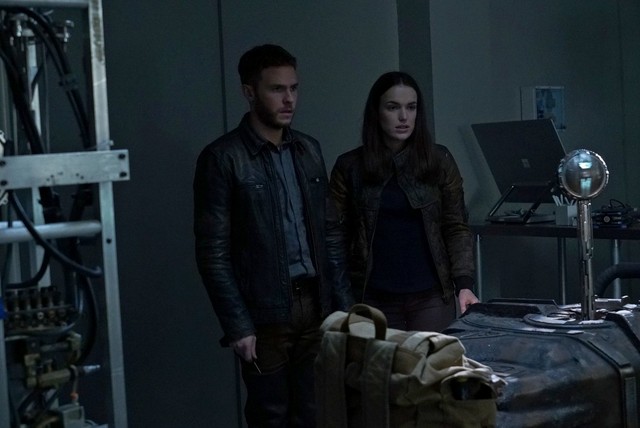 Concerned that her powers are going to cause the Earth to splinter, Daisy stays behind and gets acquainted with the lighthouse tech. That ended up being a good thing as one more member of SHIELD’s posse from the future also made the trip back to Earth. While I thought he had a pretty crappy way to go out, Deke at least went out in noble fashion. All the Comforts of Home quickly made me regret my passing concern as a bit too much time was wasted on Deke including a bar montage.

Deke is one of these endless series of supporting characters/possible Daisy love interests that don’t measure up to Ward. Deke got arrested prompting Daisy to go undercover as his social worker Sinara (ha-ha) Smith. After ‘borrowing’ a van and having a fun encounter with a local police officer, SHIELD gets back to their Quinjet in search of the beacon’s source. 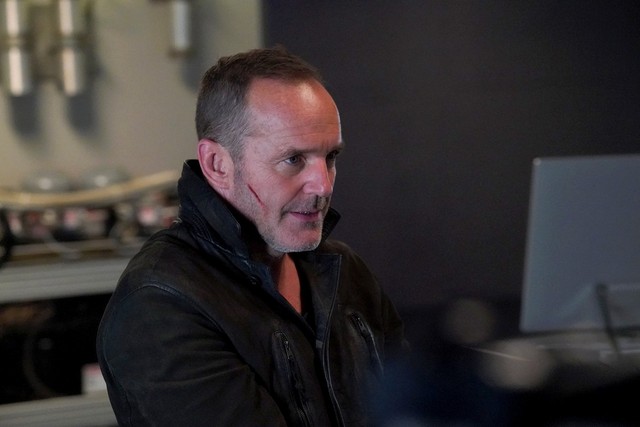 Ruby quickly makes her mark by tossing her circular blades…and cutting off Elena’s arms. Hmmn, maybe this future is going to be a bit harder to stop from happening after all, Mack.

While the sight of an arm-less Elena certainly made an impression, this felt like another case of speedster Age of Ultron logic. The benefit of being a speedster is the ability to move faster than sight so Elena really should have…seen that coming.

Turns out Ruby has a major obsession with Daisy, not as a fan, but as someone gunning for her. And Hale doesn’t seem thrilled with how her daughter handled her first encounter with SHIELD. Cutting off an opponents’ arms certainly makes a statement though Mom.

At least SHIELD can make sense of the beacon now…or they could if it didn’t have a bomb that apparently takes out Noah, who sacrifices himself to save Daisy and Fitz. SHIELD has just returned home and things already look pretty crappy for them. 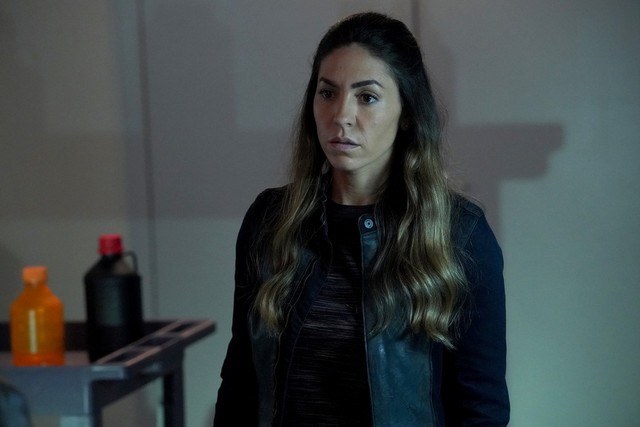 Hale is ready to further press her assault and tracks down Crusher Creel aka the Absorbing Man. She wants him to be her first recruit for a team she’s putting together. This definitely doesn’t bode well for SHIELD.

File Closed: It’s funny how a return to the present day with real consequences instantly makes the season better. All the Comforts of Home was an encouraging change in direction and signals SHIELD can become can’t miss TV again.