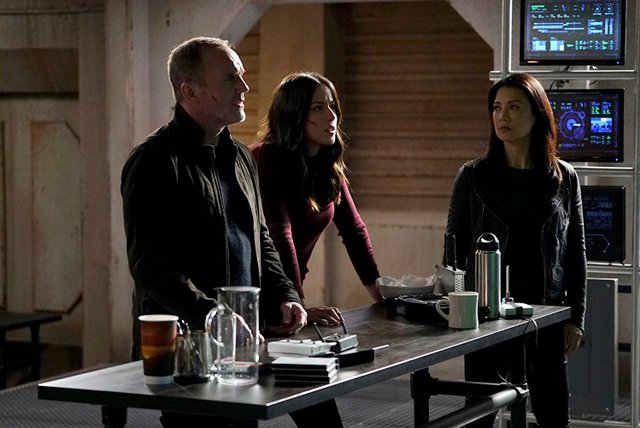 The Real Deal was easily one of the best episodes of Agents of SHIELD. It was a fitting 100th episode that celebrated the past, advanced the current storyline and had a surprising revelation for the future.

Coulson and company was still reeling from last episode. Elena was slowly healing from losing her arms and Fitz was making sense of the damage done by the explosion that destroyed the three monoliths in the lighthouse. The explosion created a rift in space time, meaning this could be the catalyst for the disastrous future and not Daisy.

This rift is also causing a very SHIELD specific problem. It’s tapping in to a fear dimension that’s unleashing their greatest fears like a Kree that attacks Deke and Daisy or the LMD that tries to smother Elena. The rift can be plugged, but it could require a sacrifice.

It’s at this point Coulson finally reveals he’s been dying. His shared body experience with Ghost Rider had a bad reaction with his Kree-infused blood and he’s on borrowed time. This results in a very strongly acted scene particularly from Chloe Bennet as Daisy can’t comprehend Coulson’s unwillingness to tell them and find a solution. She’s got a point.

But this does keep playing into Elena’s forewarning about the future and how the team never should have tried to save him. I keep trying to guess how this is going to play out and this season is progressing with that fun end game mystery from Season 3. In that case, it was who’s dying on the spaceship. This one is how will SHIELD save the future? 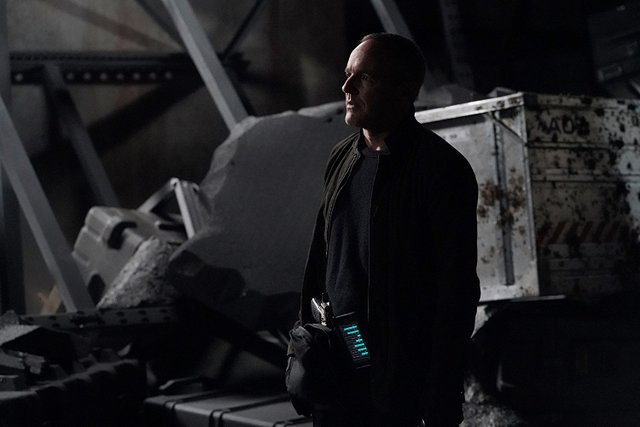 Coulson sends Deke out on a special mission. I’m still not sure if Deke is working. The team dynamic doesn’t really need a snarky, time displaced character as he’s serving as comic relief in AOS’s most serious subplot yet.

General Hale is in the town trying to get more intel on the possible Daisy Johnson sightings. Hale isn’t proving to be the most exciting villain yet and I feel like AOS has exhausted the antagonist authority group storyline.

Traveling to deliver Coulson’s fusion bomb, he encounters Mike Peterson aka Deathlok. Turns out Coulson’s greatest fear is being on the operating table after getting skewered by Loki. Man, that would have been such a great twist and mind-blowing ending for the series.

Deke did accomplish Coulson’s mission and returns with a remnant SHIELD squad…and Deathlok. The latter arrives just in time to help Coulson stave off the nightmares including Lash and Hive. With all of the various times they’ve brought him back, I was a little bummed Brett Dalton couldn’t return just as a final callback.

Plugging the dimension wasn’t all that got accomplished this week. The Real Deal also featured the long overdue wedding of Fitz and Simmons. Over the course of a series of awkward conversations, Deke reveals he found Simmons’ ring at a pawn shop as it reminded him of the one his grandmother wore. 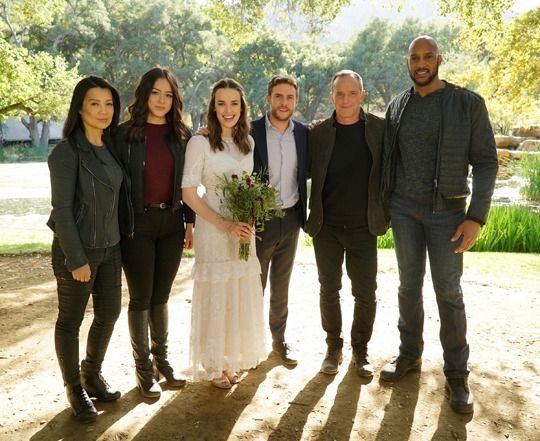 Hale’s technicians finished running a scan on Deke’s cell and the DNA comes back stating Fitz and Simmons were his ancestors. Deke is teaming up with his grandparents! Does that make him more interesting? Maybe. At least now there’s some purpose for him being here.

File Closed: The Real Deal delivered one of Agents of SHIELD’s best outings with some nice emotional moments and great performances.