Typically, with low-budget films it’s easy to see where it all went wrong. Limited financing, lousy performances and mediocre special effects. With Cartel 2045, it’s more a case of someone not getting this script or at least the plot to Neill Blomkamp.

The District 9, Elysium and Chappie filmmaker would have had his work cut out for him, but at its core, there’s enough elements that Blomkamp could have made Cartel 2045 a pretty great film.

Part grindhouse, part telenovela and a little Sicario mixed with the Blomkamp signature elements of man and machine, there’s definitely some fun aspects here. The big problem is Director/Writer Chris Le seems unclear what kind of film Cartel 2045 is from one scene to the next.

It’s 2045 and robots — the wild card in the arms race — have all but been outlawed from combat. Hoping to stack the odds in his cartel’s favor, Angel Malvado (Danny Trejo, Machete Kills) has bought tech to make his own robots. With Malvado becoming more of a threat, the military sends in Carson Wright (Brad Schmidt, The Birth of a Nation) to join a crack team to take Malvado and his killer robots down.

There would almost be a certain charm in its cheesiness if it wasn’t so awful on every front. A $1 million dollar budget isn’t nearly enough to convincingly render and animate killer robots. There’s a jerkiness to their movements that never manages to sell the illusion that they’re on the same plane as the actors.

Le has a pretty decent eye in terms of staging action scenes and some look OK, but blood sprays and gunfire effects look very cheap. 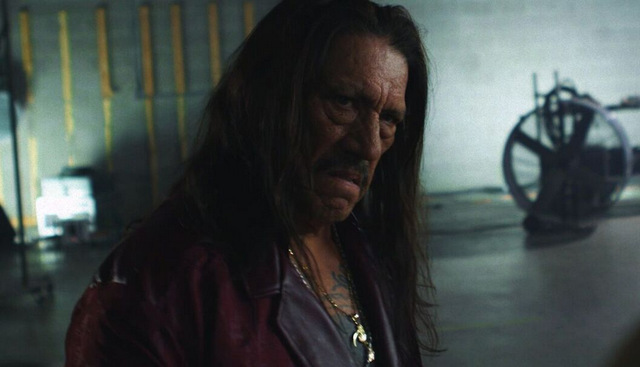 Not that more money is the cure all to all of the film’s issues. All around the performances are cringe worthy with the exception of Trejo, who plays his role over the top enough to be entertaining. Trejo knows he’s not winning any Oscars here and isn’t afraid to ham it up. Considering he’s the only performer who can spit out this dialogue convincingly, Trejo doesn’t get nearly enough screen time.

The script also has some issues as Le seems unsure of the tone he’s going for throughout the film. At times, Le seems to want a serious tone while in others he’s happy to play it goofy. Some of the character deaths come off especially mean-spirited and dulls a lot of the potential fun.

With a scratchy, poor print quality, Le is successful in conjuring the grindhouse visual even if it lacks the same kind of charm and cult appeal. 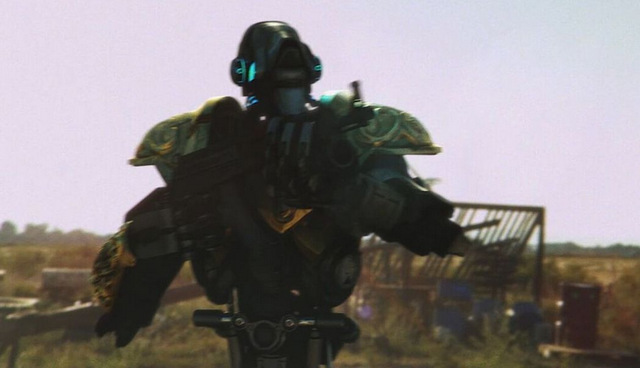 Cartel 2045 is a lot more money and a better execution of its intriguing premise away from being a very enjoyable B movie.