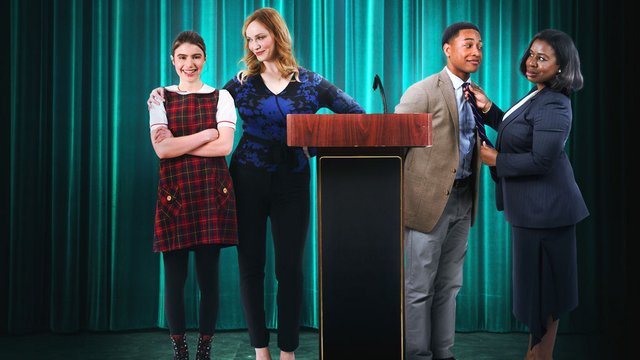 Sometimes, you have to go the cheap and obvious route. Candy Jar is a surprisingly sweet and touching teen romance drama that goes down easy and had me craving seconds. Lona (Sami Gayle, Blue Bloods) and Bennett (Jacob Latimore, Black Nativity) have been rivals as long as they can remember. Some of their drama dates back to the high school years of their mothers (Uzo Aduba and Christina Hendricks), but Bennett and Lona have managed to establish their own grudge with no problem.

Some of that is due to viewing the other as their chief rival of being the standout member of the debate club. Capturing another state championship should make them a lock for getting acceptance into their dream school of Harvard and Yale. Their rivalry has made the club so intense that participation is sparse. Their coach, Mr. Johnson (Paul Tigue) has the humorous knack for reciting movie lines to motivate his bickering team. It rarely works, but makes for some fun moments for movie buffs. 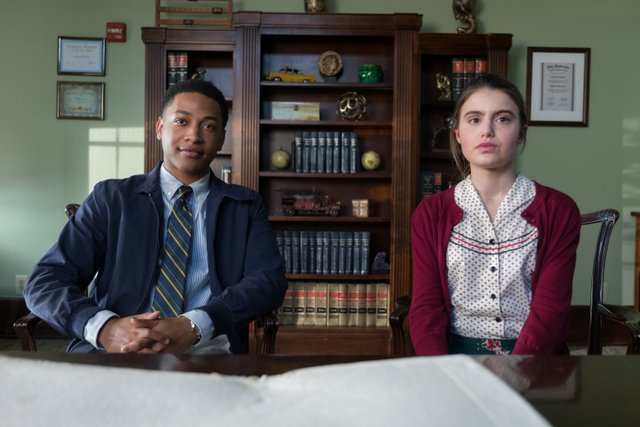 Despite their ongoing hostilities, they both share a common sounding board in guidance counselor Kathy (Helen Hunt). Along with a listening ear and small morsels of wisdom and advice, Kathy feeds their sweet tooth with a plethora of candy jars in her office.

After a disastrous encounter at a debate puts their college trajectories out of wack, Bennett and Lona find themselves in the unusual position of having to rely on each other. Naturally, spending so much time together starts to make the hated rivals see another side to the other. Latimore and Gayle have strong chemistry and do a commendable job of conveying their characters’ evolving feelings.

Credit debuting screenwriter Chad Klitzman for not playing the greatest hits of the teen romance drama. There’s some very unexpected twists and subplots that don’t insult the intelligence of the target audience. And Klitzman accomplishes this without the go to route of the nasty popular girls, bullies or other cliche stock characters. 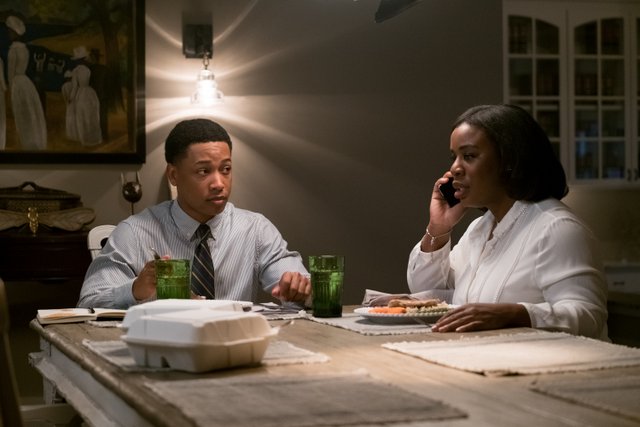 The script is so well done that it will likely resonate with viewers who can remember the mad scramble of high school senior year to get to their dream school even if it isn’t Harvard or Yale. There’s a certain novelty to a high school film about getting into the dream college where the focus isn’t on sports. Klitzman smartly adds characters and enough elements to explain the finer details of debate for novices.

Candy Jar reminded me in a lot of ways of last year’s charming #RealityHigh. One key link the two shared was not making the parent/teen relationship so adversarial. Here, Lona almost has a big sister/little sister relationship with her mother, Amy, while Bennett frequently has to keep his high achieving senator mother Julia from pushing too hard.

Klitzman doesn’t delve too much into Amy and Julia’s backstory, but gives Aduba and Hendricks enough leeway to properly display their characters’ insecurities. I also appreciated the atypical approach of having the black family be the well to do one while the white family is struggling to make ends meet.

Director Ben Shelton (The Daily Show) does a terrific job of making something so potentially routine and boring as debate clubs interesting. Shelton has a clear understanding of the genre and liberally tosses in some fun split screens, close-ups and dynamic presentations of the debates to make them more exciting.

At a very quick 92 minutes, Candy Jar finds the sweet spot of saying everything that’s necessary without overstaying its welcome.

Netflix original films may wildly vary in quality, but Candy Jar is definitely worth checking out and there’s no debate about it.