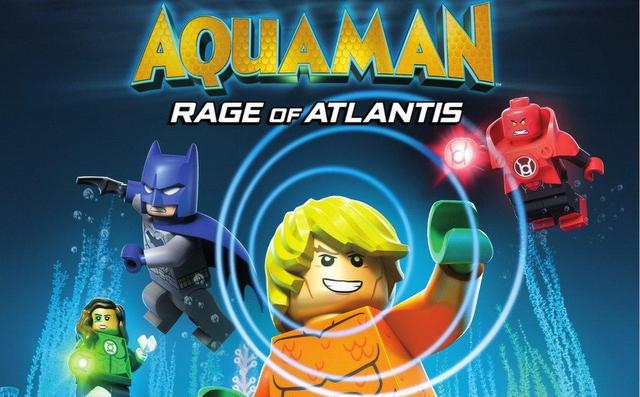 Aquaman must battle foes in the air, on land and in the depths of the Seven Seas, along with some help from The Justice League, to save the day in his latest animated adventure, LEGO DC Comics Super Heroes: Aquaman – Rage of Atlantis.
In LEGO DC Comics Super Heroes: Aquaman – Rage of Atlantis, the King of Atlantis must make some difficult decisions to ensure the future of his ocean realm. Under attack from Atrocitus and the Red Lanterns, Aquaman realizes he must relinquish his sovereignty and go on a journey to regain his confidence before returning to his rightful throne. Along the way, Aquaman reunites with the Justice League – including Batman, Superman, Wonder Woman and newest member Jessica Cruz/Green Lantern – to conquer Atlantis’ latest enemy and reemerge as the ruler of the Seven Seas. 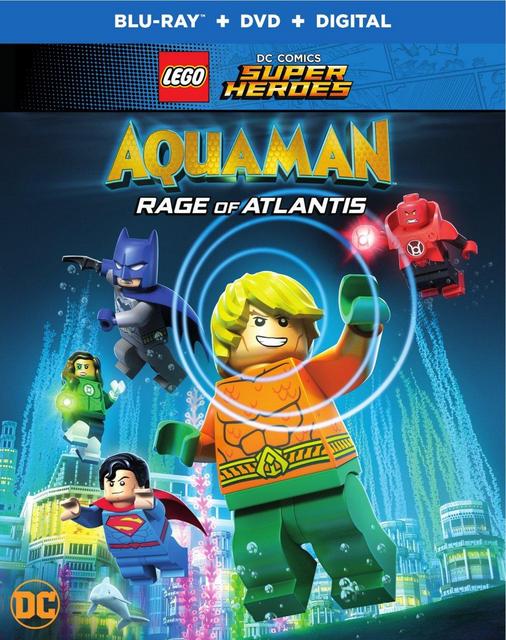