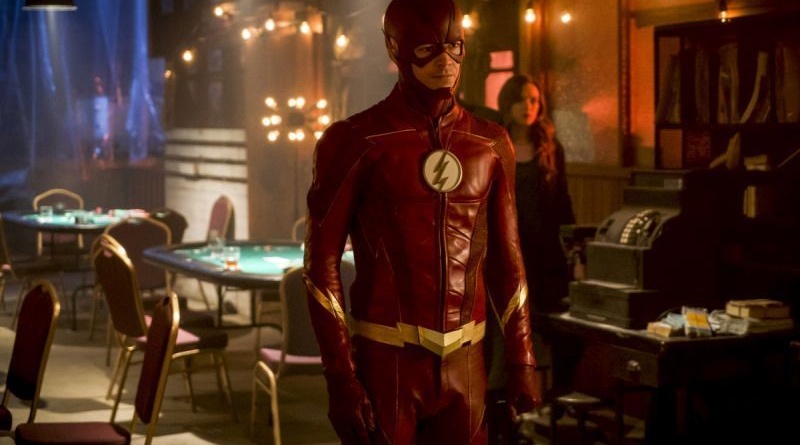 The Flash continues its painfully slow slog to the end of this uneven season with another lackluster episode. A lot of the issues in Harry and the Harrisons had way more to do with this particular point in the season than complete bumbling of a premise.

Harry meeting a new Council of Wells and Caitlin reuniting with Amunet Black to get her powers back could have been fun little distraction episodes earlier in the season. But with two episodes left, this entire episode felt like a time killer when it should be on the momentum gaining track. As usual for the back end of the season, episodes that don’t prominently feature DeVoe have struggled to keep my interest.

Someone on The Flash writing team remembered Iris was a journalist in past seasons so Iris decides to write an expose on DeVoe. Predictably (at least for most of this season) when she’s not devoting every waking moment to his issues and needs, Barry is reluctant to support her. Barry thinks it’d be better to maintain the amazingly abysmal status quo they’ve used all season. Hey, I’m not entirely sold on Iris’ plan — even with everyone on Central City buzzing about DeVoe appearances — but what does Team Flash have to lose at this point?

Seeing Iris actually being passionate about something she wants to do remind me how lame it’s been that the writers have just forced her into the Felicity support role. I’m old school and like the idea of Iris filling that crusading reporter role more than one of 20 people at STAR Labs. Maybe it’s just more cost effective to not have to use the newsroom set, but Iris is a modern journalist and she could operate out of Jitters, which is a set that’s not going anywhere.

With Harry’s mind still on the fritz, Cisco tries to get some help from the Council of Wells. They’re not down with Harry since his ‘brain am no good’ — sorry, been reading too much Bizarro in Superman lately. But Cisco finds a new Council of Wells composed of a French poet, a mob movie cliche and the eccentric Wells who got kicked out for being too weird. Tom Cavanagh always seems to have a lot of fun playing these goofy alternate takes on Wells, but this was really silly. 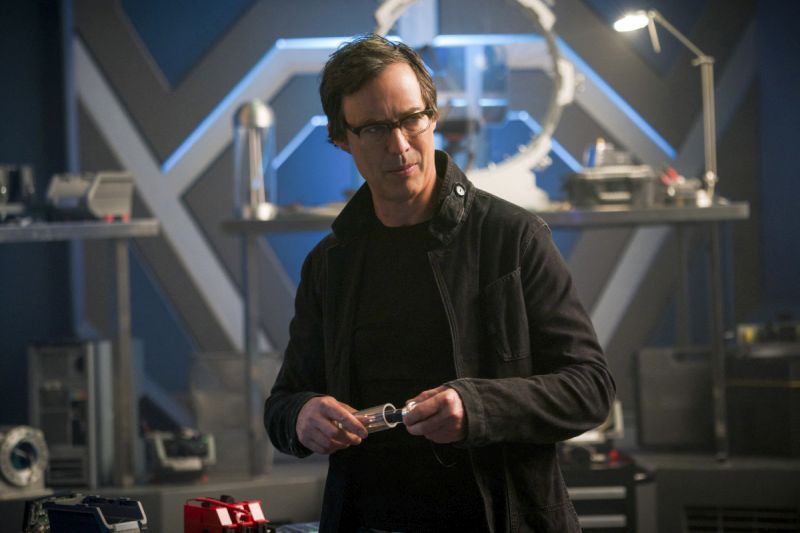 Caitlin is still desperate to get Killer Frost back. In four seasons, the writers have managed to whittle her down to a character who’s always pining after a lost relationship. The best part about Killer Frost in Season 3 was she didn’t care about anyone. Now we’re just getting the same Caitlin who moped around about Ronnie, then Jay and now with her murderous alter ego.

Having exhausted her other options, Caitlin turns to Amunet Black, who just might hold the key to stopping DeVoe’s satellite plan. Most of the fun this episode was watching Katee Sackhoff play the demented version of Mary Poppins. It certainly wasn’t Amunet’s silly time-killing quest for the team as she tracked down her former henchman, Norvock. Predictably, Norvock is able to knock Barry out so someone else has to save the day. I miss the time when Flash had to take care of his problems on his own and Team Flash was just at STAR Labs. And when Barry actually cared about his secret identity. He should just unmask at City Hall in the season finale the way he’s so often telling everyone he’s The Flash. 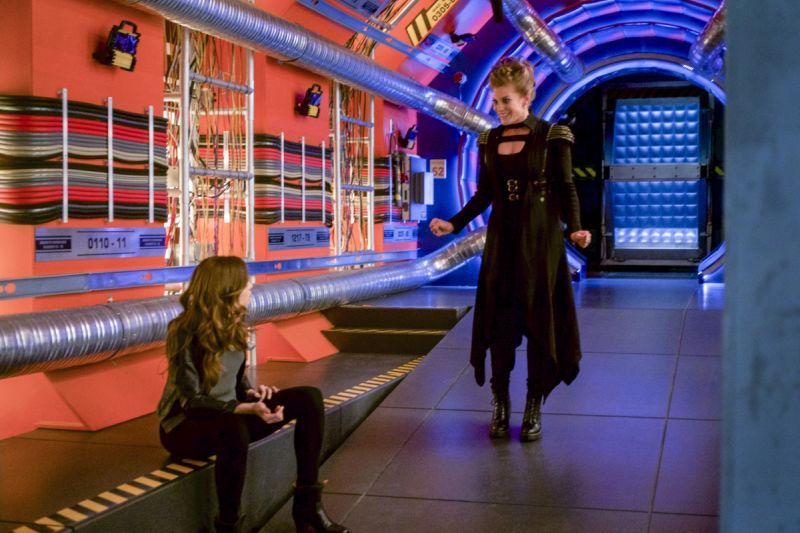 Furthering the sense that this episode was largely meaningless, Amunet doesn’t stick around to use her powers to take out DeVoe’s satellite. Instead, she creates a mini one shot only bomb to knock it out. Was it really too much to ask for three or four just to be on the safe side?

Brainless Harry reminds Team Flash that DeVoe’s sole connection is his wife and maybe getting to her will help save the day. Or just wait for Marlize to get fed up with DeVoe and bounce on her own? Yay Team Flash.

Harry and the Harrisons was a rough episode for this point in the season. It really feels like this was a very strong 13 episode idea that the writing team exhausted themselves trying to stretch out for 23 episodes.