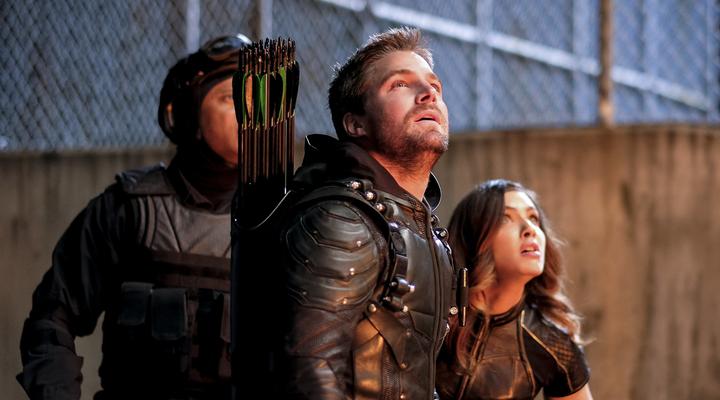 By my unofficial count there were three times tonight in The Ties That Bind that Team Arrow could have ended the threat of Ricardo Diaz. Not necessarily from killing him, but just knocking him out and sending him off to ARGUS jail or the STAR Labs stockade.

Sure to all the aspiring criminal masterminds in the audience this was probably very inspiring to see a plain ‘ol Joe push Team Arrow to its limits, but this arc is stretching credibility. It’s not like Diaz has some amazing magical powers a la Damien Darhk, is a super ninja like Merlyn and Prometheus or is a super soldier like Slade. He’s a regular guy that could just as easily have been taking out by Quentin Lance than the entirety of Team Arrow.

Ties That Bind kicked off with Team Arrow enjoying a well-deserved (?) quiet night with their loved ones. Everyone except for Dinah as she was back to being go hard Black Canary going after leads on Diaz. And she happens to be the only one who actually lost someone this season. Or have we already forgotten Vince? It’s nice to see Dinah hasn’t and constantly has to keep reminding her insensitive teammates. 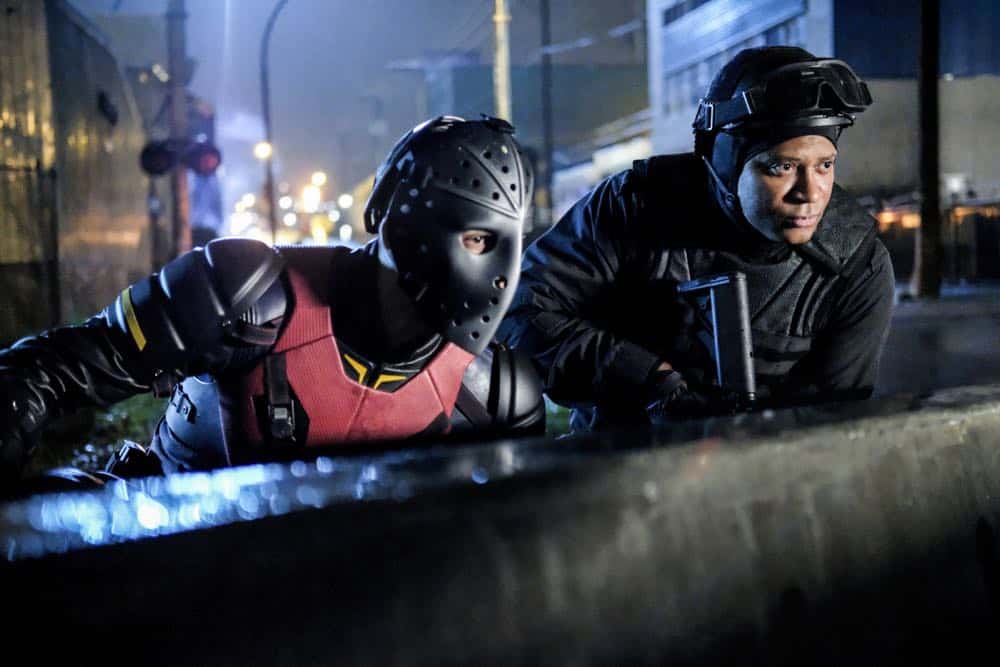 Turns out it was just the calm before the big payback (cue EPMD) as Diaz sicced his masked goons on Team Arrow. This is exactly the kind of scenario why vigilantes and heroes keep their identities secret. Naturally, outside of some damaged furniture and Curtis’ boyfriend getting shot, nothing of value was lost. I’m gonna need a gif of Oliver hitting that RKO on the dinner table ASAP.

Arrow needs to take a page out of Agents of SHIELD and The Walking Dead’s book and occasionally have some major consequences for the heroes. Killing off Curtis’ boyfriend for example would have been fine. Since he’s so much like Felicity anyway he would have gotten over his death as quickly as she did Billy. Try and remember him without looking him up.

Diaz’s goons also storm and apparently destroy the Arrow Cave. I had zero feelings about that since the Arrow Cave gets invaded every other month and Felicity never bothered to improve the security system. But a close up of Oliver stewing watching Laurel’s Black Canary costume burning would have been a nice touch.

With Anatoly’s help, Team Arrow gets the drop on Diaz and his convoy. Shockingly, he manages to escape — was punching Goon #8 more important than getting the guy running the whole show? Curtis at least went after him and promptly got punked out and stabbed. No worries though since Curtis apparently also has a super healing power. Seriously, this dude has been shot and stabbed this season and acts like it’s just a flesh wound. 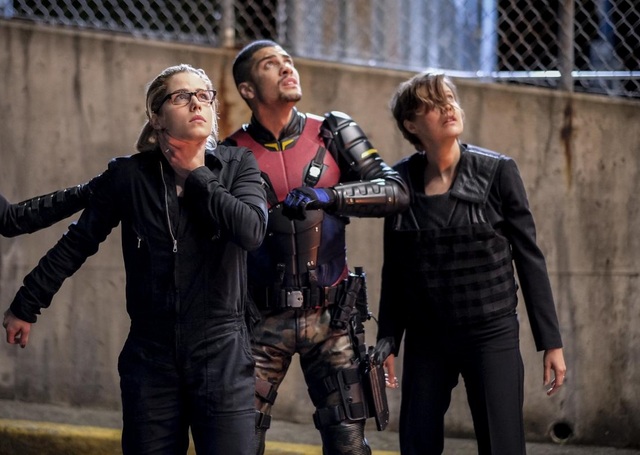 I’ve gotta give it up to Anatoly for being so smooth that he can talk his way out of any of Diaz’s tantrums. Diaz’s Quadrant allies have not been so lucky. I think it’s hilarious that anytime a Quadrant member speaks they get killed. Clearly the remaining Quadrant member saw what happened to his crew and decided not having a speaking role was OK.

Felicity deduces Diaz is carrying a flash drive with all of his dirt on everyone in his pocket. Grabbing that could information could free the city. Sure and so would one well placed arrow between Diaz’s eyes. This seems like a lot of trouble for a regular dude.

Oliver doesn’t want Felicity the parent on the scene. Even for Oliver that’s an absurd argument as Team Arrow is pretty much comprised of parents with the exception of Dinah and Curtis. As easy as it would be to bash Oliver’s shoddy logic, he did have a point. Diaz nearly shot Felicity as she used her plucky hacker skills to evade the shootout and get her cloning device. It was a needless risk just for Felicity’s hunch.

Ever notice how Felicity never loses an argument? Like ever. Even when Oliver is in the right she just hits some righteous indignation and he just backs off. Before Felicity can decode all the information, Diaz’s men find the Outsiders’ base and storm it killing a lot of ARGUS agents in the process. And why was this the only chance to stop a non super-powered guy anyway? 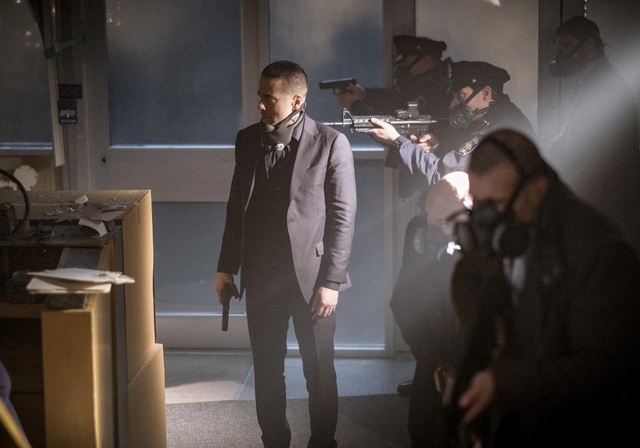 Can anyone explain ARGUS? These guys are worthless. A criminal overlord takes over a city and they twiddle their thumbs, but they’re constantly going overseas to stop warlords and dictators.

With both headquarters destroyed and Diaz more powerful than ever (?), Oliver turns to the one person who can help him — Samanda Watson?? She has two conditions for helping Oliver and the first is fessing up to being Green Arrow. The second is enough of a hook to end the episode on in a not so impactful cliffhanger.

The Ties That Bind put a lot of work on the season finale to tie all of this together in a way that makes sense.