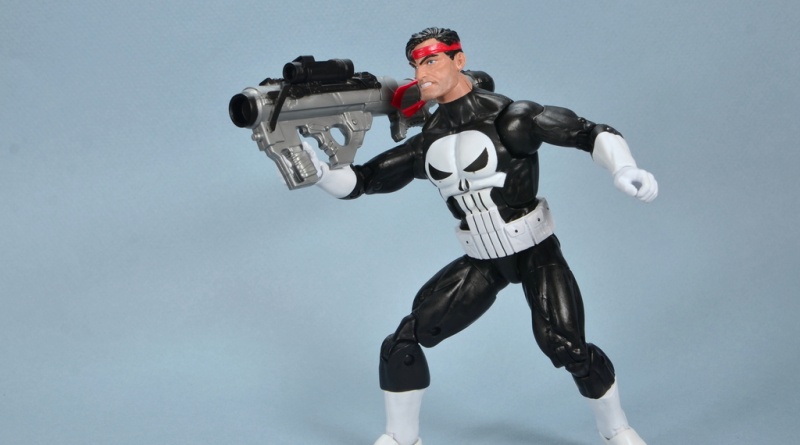 Hasbro’s Retro Marvel Legends line revealed I have poor restraint when it comes to classic versions of characters. I chalked the line up as a nice gimmick for folks who wanted that old Toy Biz treatment for modern Marvel Legends. Now I have pretty much the entire first wave. Today’s review looks at The Punisher, which has just enough changes to sell me on buying the same figure again. 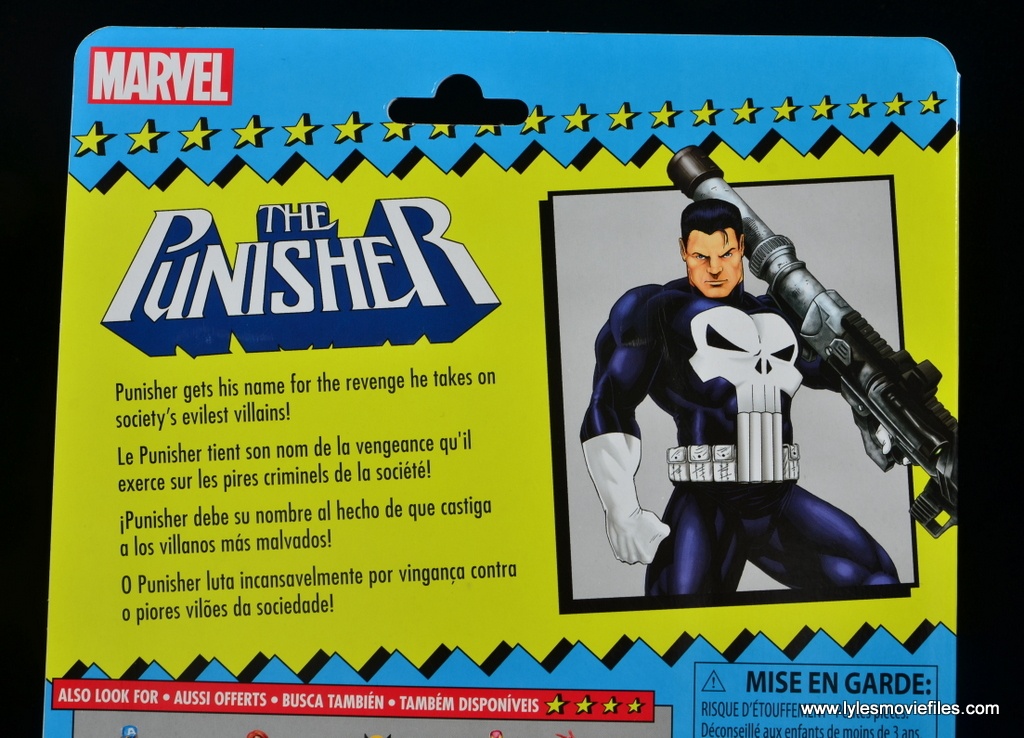 Packaging:  I won’t stop raving about the packaging. It’s weird how this simplistic, yet colorful package scheme still pops. I like the classic presentation with everything right there. And how can you miss this line with its colors. The bio is amazingly streamlined and in this case is fitting in the nostalgia kid-friendly explanation of Frank Castle. 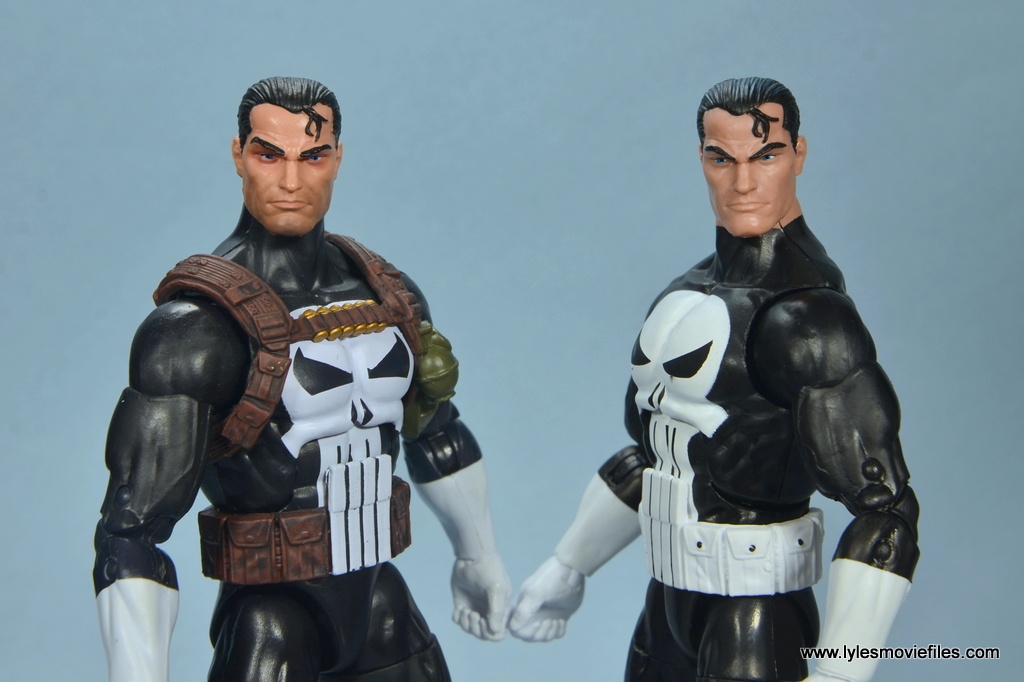 Likeness:  The big difference here from the Walgreens version is the lack of the harness. This is a simple, old school version of The Punisher. Carrying extra ammo pouches and grenades never seemed like a bad strategy, but there’s something about the simplistic costume that stands out for me. 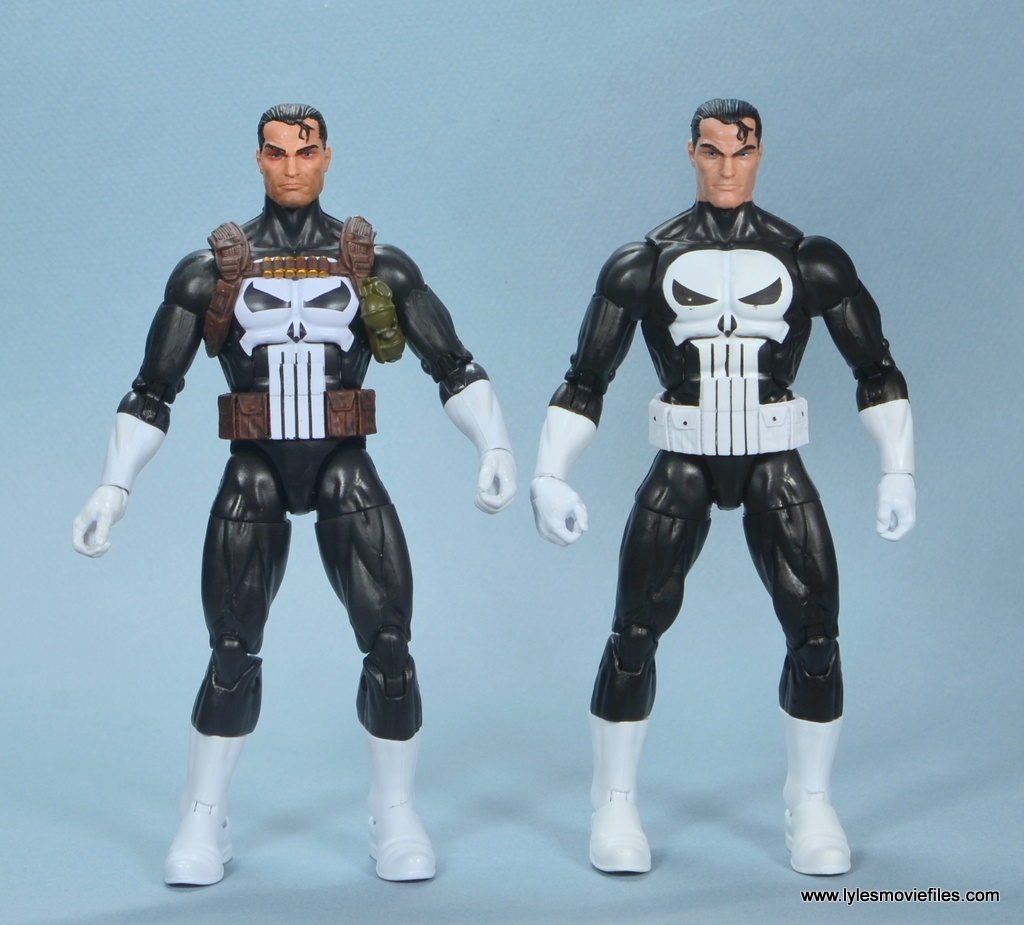 Scale:  This is the same impressively built figure using the Captain America buck. It’s a great size for The Punisher and makes him look appropriately intimidating to a regular thug. 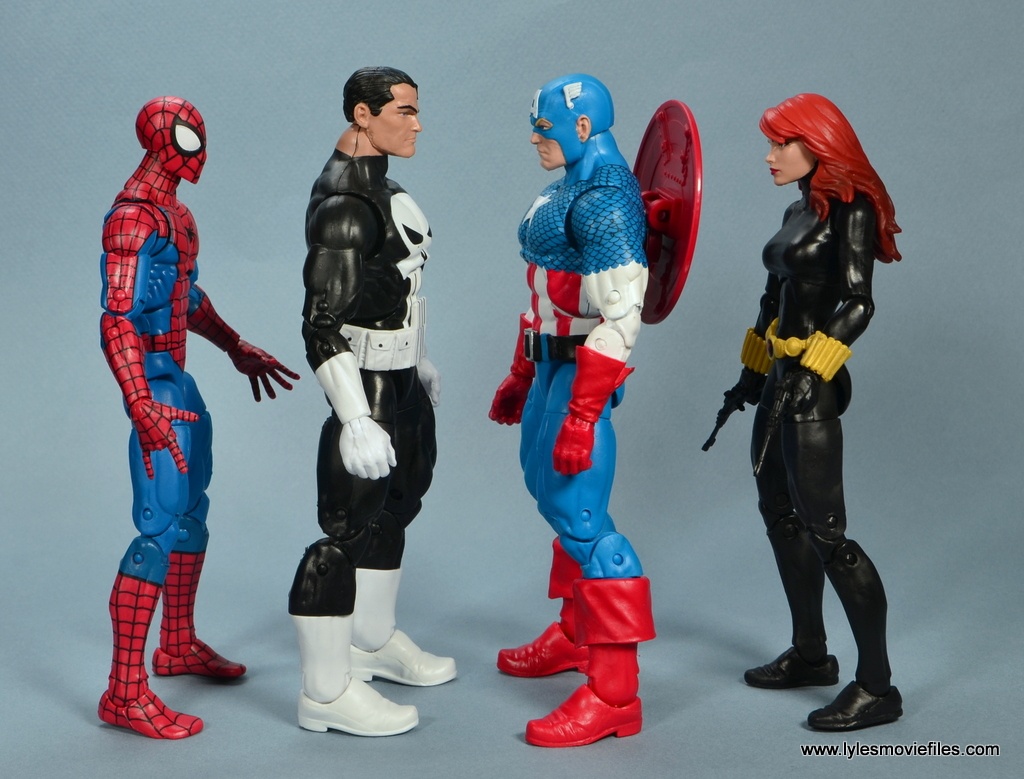 Paint: Here’s the other difference from the Walgreens version. The skull eyes on the Walgreens figure have sharper edges going up. This version has more rounded eyes. Additionally, the ammo pouches are all white. I like the uniformity of one color for the belt. There’s some roughness to the skull, but otherwise the paint work is solid.

The Frank head doesn’t have the five o’clock shadow and red accentuating the bags under his eyes. This is more of Frank as he’s starting his run as Punisher. 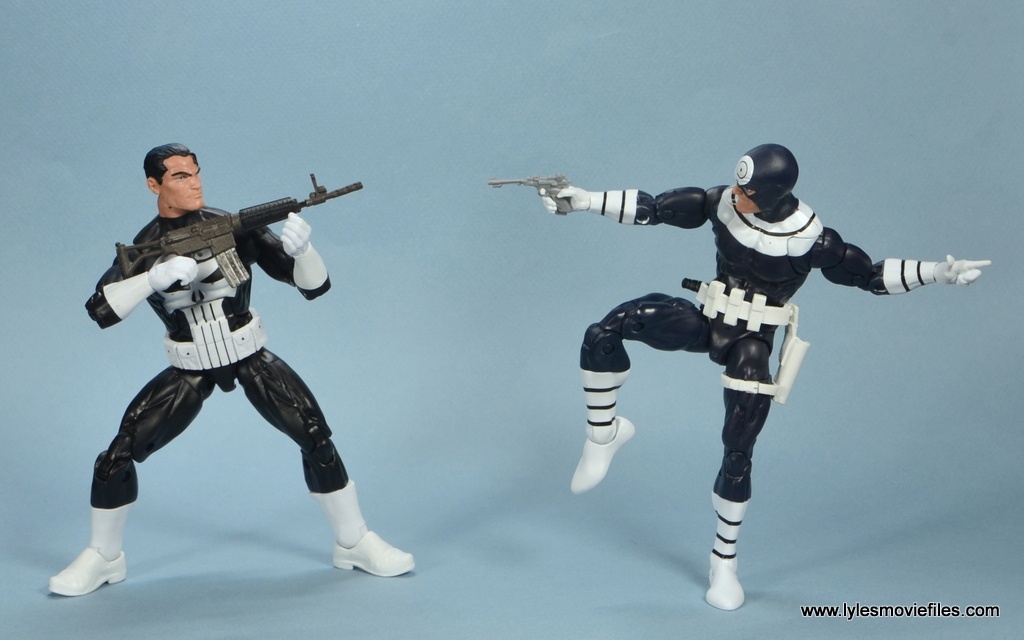 Articulation:  For a gun-toting vigilante, Punisher still has a great amount of articulation. The fun with him is finding numerous ways to put him action or unless carnage on bad guys. 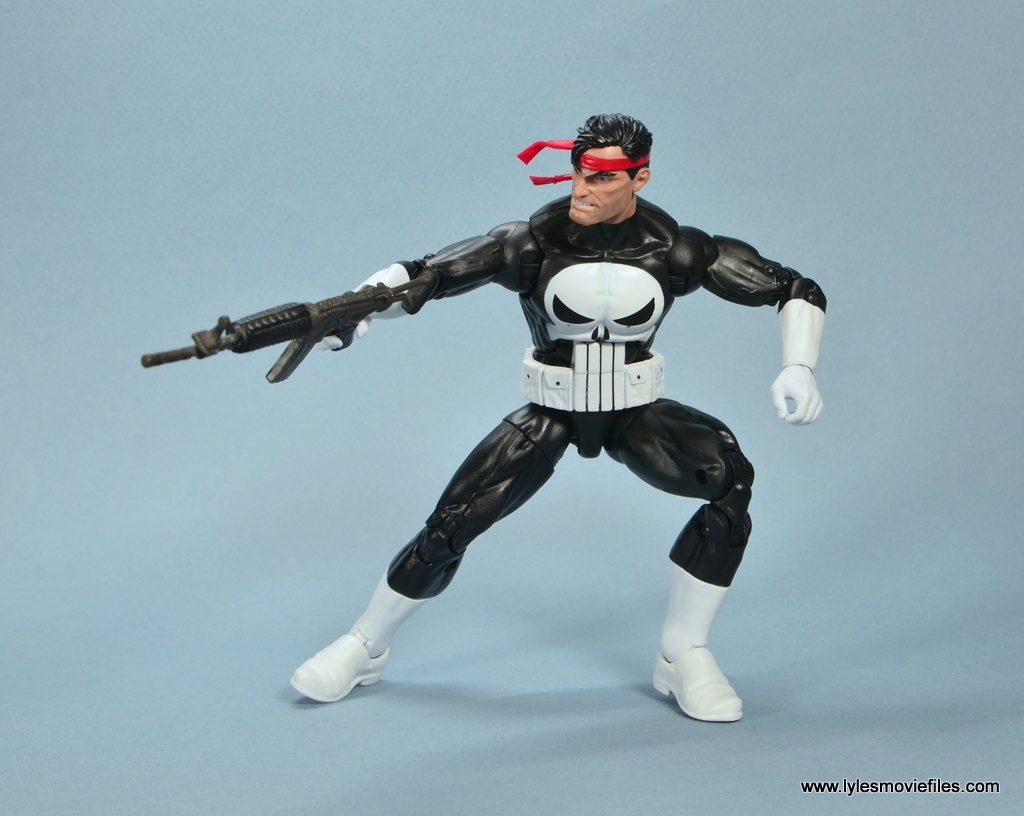 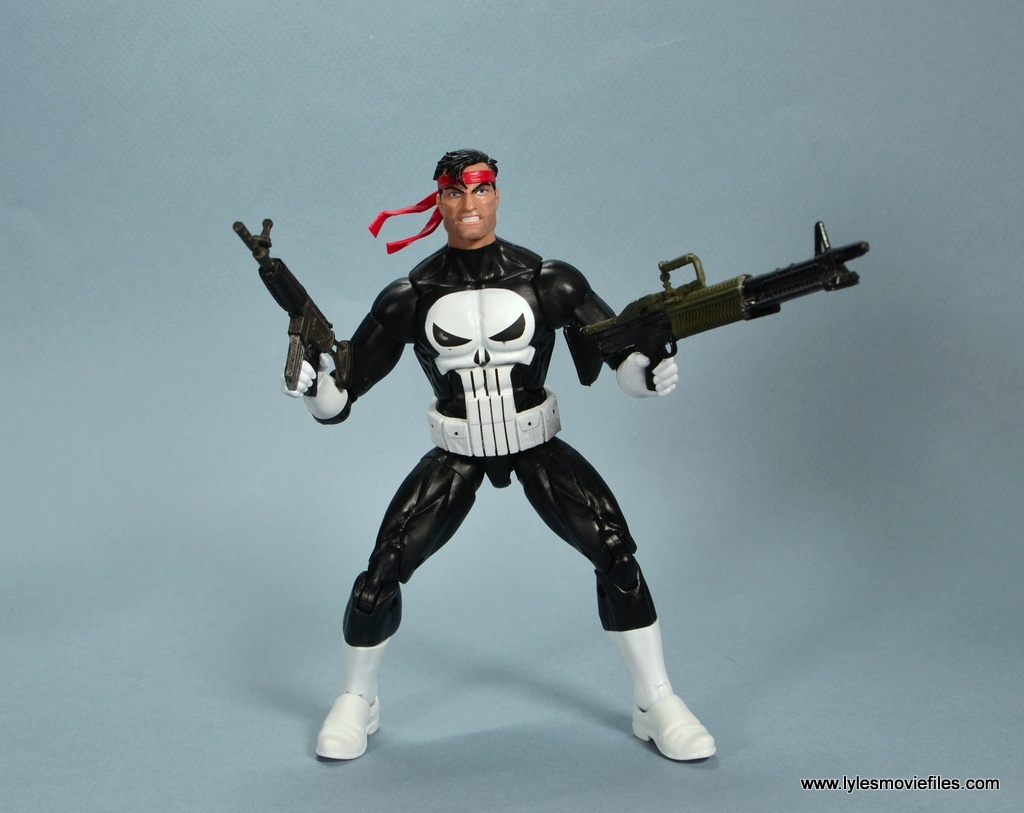 Accessories:  Similar to the other Retro figures, the accessories are more streamlined. Punisher has a ‘combat weapon’ aka rocket launcher. 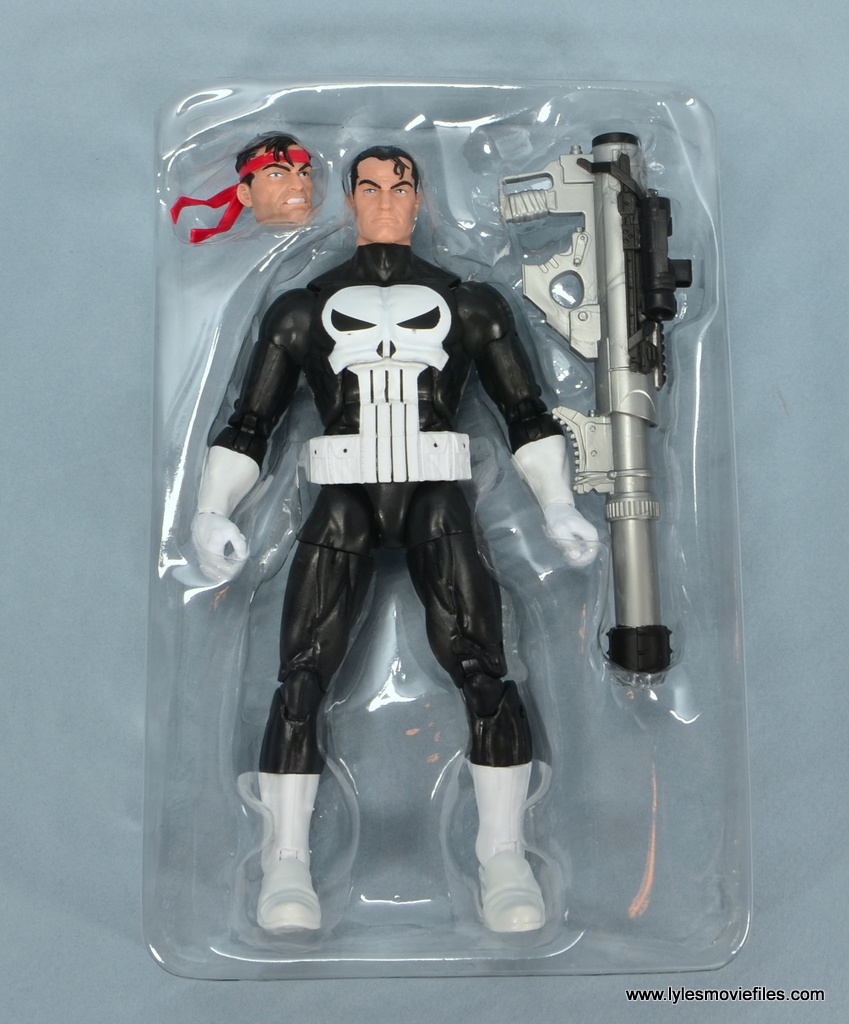 I wasn’t expecting any new accessories, but I like the silver and black paintjob on the rocket launcher. The headband head is also included with a red headband this time. I’m probably going to use this with the Walgreens version since it has the five o’clock shadow. 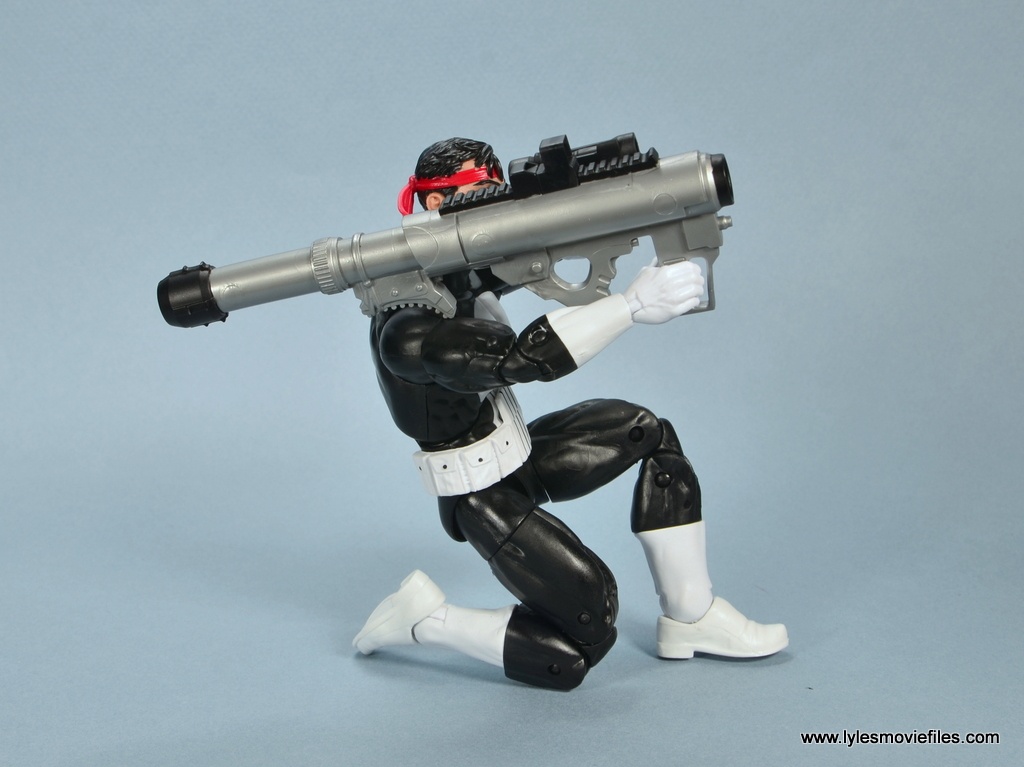 Worth it?  Toys R Us had a great Legends sale so I got Punisher for $15. With no Build a Figure part, that’s the ideal price for the Retro figures

This was the classic version I wanted all along. Ultimately it comes down to preference as the Walgreens figure is excellent. 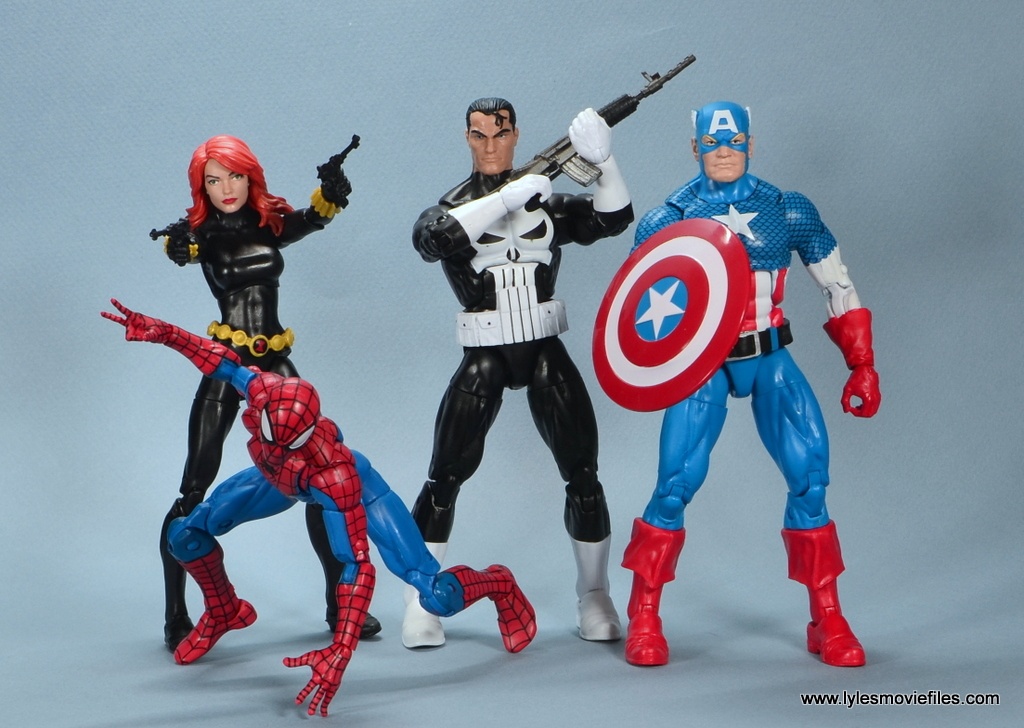 Where to get it?  Check Toys R Us for this line first as they have been great about keeping these in stock. Also, you can check out Amazon or Entertainment Earth.