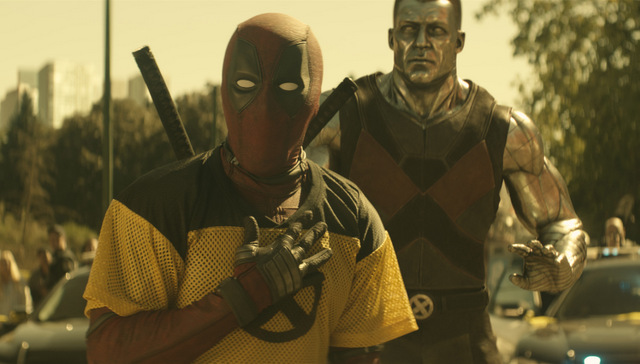 After the heaviness of Avengers: Infinity War, Deadpool 2 arrives just in time to pants the comic book movie genre. Strap into your seats and prepare to work out your laughing muscles, boys and girls.

Is it as good as the groundbreaking original? Short answer: no, but with the lengthy disclaimer that we have expectations for what a Deadpool movie should be now. For the most part the sequel lives up to expectations even though there’s that nagging sense that there were a lot more cooks adding some salt, pepper, paprika, etc. to help the franchise rolling in the green.

Deadpool 2 misses director Tim Miller more than I assumed since the original screenwriters Paul Werwick and Rhett Reese returned alongside star Ryan Reynolds. Miller departed the sequel over the dreaded ‘creative differences.’ Replacing him is John Wick co-director David Leitch. On the surface that’s not a bad trade, but Leitch amps the action and humor to more cartoonish levels, which drastically contrasts when the film takes more serious turns. 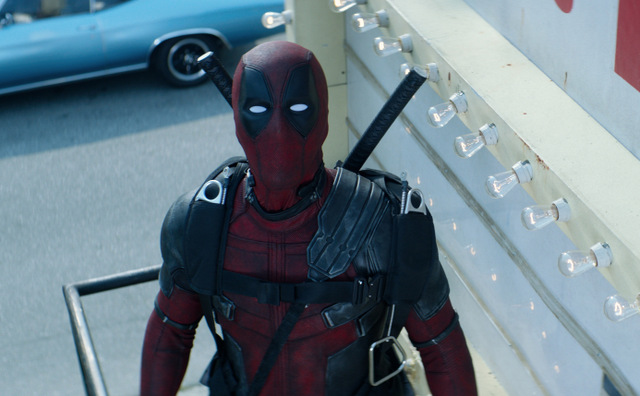 Wade Wilson aka Deadpool (Reynolds) is happy. He’s making a killing — both financially and in terms of wiping out bad guys. And things are about to get even better as Deadpool’s girlfriend, Vanessa (Morena Baccarin, Gotham) is ready to start a family. His old pal Colossus even wants to make Wade a legit X-Man. For a character and franchise so eager to avoid predictability like a plague, the film takes some surprisingly cliche paths.

This is where the film is at its weakest as Deadpool is a character that isn’t a lot of fun going the route of more serious superhero films. Easily the most surprising was the film misses the opportunity to spoof those comic book film tropes and instead treats them just as seriously.

In the midst of Deadpool’s problems, things are about to get a lot worse. Cable (Josh Brolin, Avengers: Infinity War), a mutant from the future, has arrived in the present day to kill Rusty (Julian Dennison), a young boy who becomes a serious menace in Cable’s time. To stop Cable and more importantly kids, expand the franchise, Deadpool creates his own X-Men spinoff dubbed X-Force. The team is filled with X-Men fan favorites including Shatterstar, Zeitgeist, Bedlam and Domino (the scene stealing Zazie Beetz). 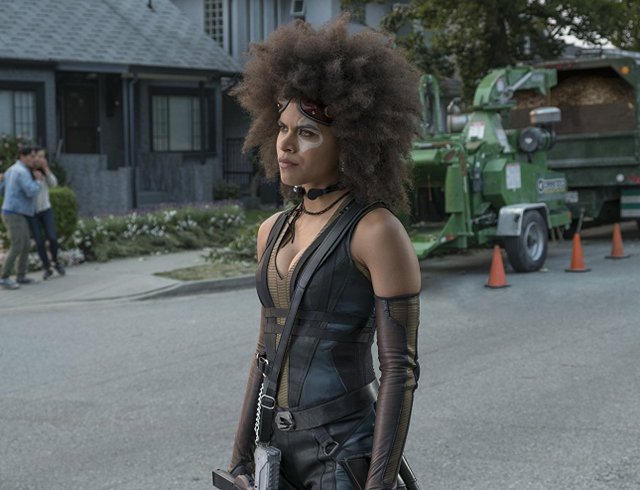 Cable’s motivations are a little thin, but Brolin successfully makes him a worthwhile adversary. The first film largely avoided the muck that is the X-Men movie continuity and its liberal borrowing of comic book elements just for the sake of throwing in characters. This time, characters are included with little regard to their allegiances, purpose and history and are largely used for gags including a shocking enema.

At times, the script plays like a two-hour warm-up for X-Force to the detriment of a true Deadpool sequel. Character agendas have to change on a whim in service of franchise building. I guess since I came out of Deadpool 2 excited about the X-Force film that the mission was accomplished. Naturally with the future of 20th Century Fox’s films in limbo this might all be for nothing. 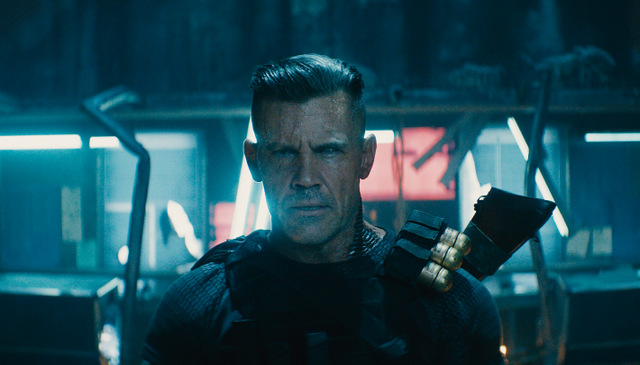 Reynolds, Reese and Werwick rapid fire sling everything to the wall. That means the successful joke percentage is in the 40 percentile, but those that land are hilariously worthy of soda spewing. Reynolds is the glue that holds everything together. His delivery, snarky attitude and cheeky demeanor continue to make Deadpool unique among a sea of cinematic superheroes.

Barring the excessively R rated moments, the trailers spoil a lot of the film’s best moments. They’re still funny, but you see them coming. That’s not to say all of Deadpool 2 is predictable as there are some scenes and appearances you’re absolutely not going to see coming.

Like its predecessor and comic book source material, there is a ton of meta references about comic book films, the X-Men franchise, James Bond, Reynolds’s career and anything else that gets caught in its cross hairs. Deadpool 2 almost becomes a superhero Leslie Nielsen film at times with some overly silly slapstick humor. Still, it’s hard to knock it as that’s faithful to irreverent tone of the comic book. 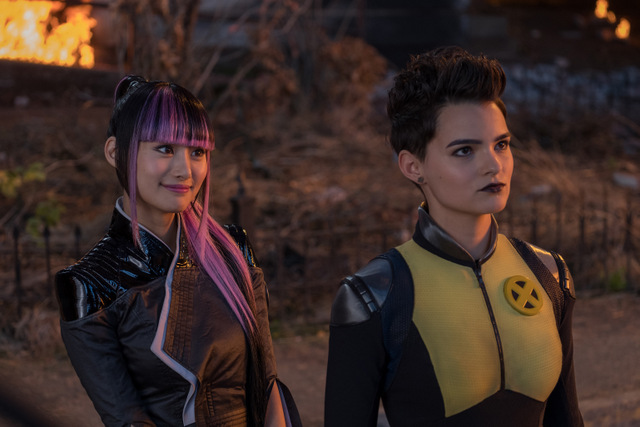 Deadpool 2 arguably saves its best for last with one of my favorite post credits scenes ever. It’s almost worth buying another ticket to immediately watch the film again to enjoy. For fans there’s little chance of a letdown. This sequel isn’t as unexpectedly brilliant as the original, but it makes for a very funny comic book viewing experience.