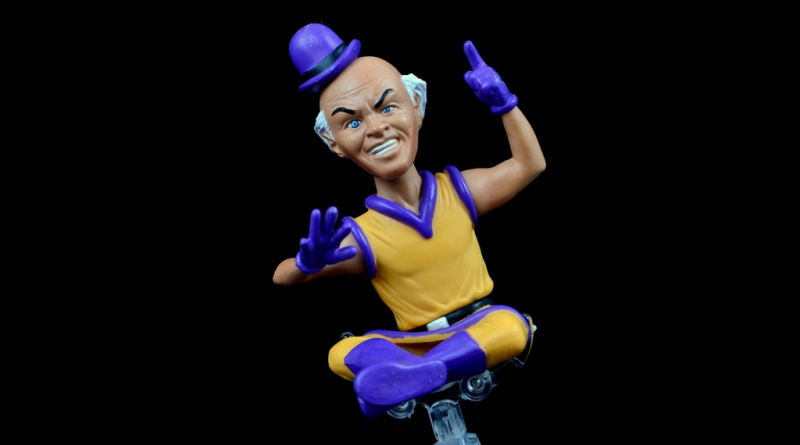 In its waning days of keeping the DC Classics line on life support, Mattel went for one last hurrah with a Super Powers theme lineup. This hit all the nostalgia buttons for old school collectors. Mostly a line of repaints with the classic packaging, Mattel did work in one new figure Mr. Mxyzptlk.

The only catch was the insanely prohibitive cost along with shipping meant many collectors scoffed at Mattel’s perceived final cash grab. I randomly came across Mr. Mxyzptlk and finally added a figure I long since abandoned thinking would ever be in my collection.

Packaging:  It’s weird when the packaging is such a major selling point of the figure. But as a regular Super Powers fan, this tribute set up is very cool. Mr. Mxyzptlk looks a tad underwhelming with this presentation as he’s lost in the bubble, but it looks great.

The back is even more fun with the full lineup of Super Powers figures Mattel was able to recreate in DC Classics and the rumored upcoming Super Powers waves before it got cancelled. 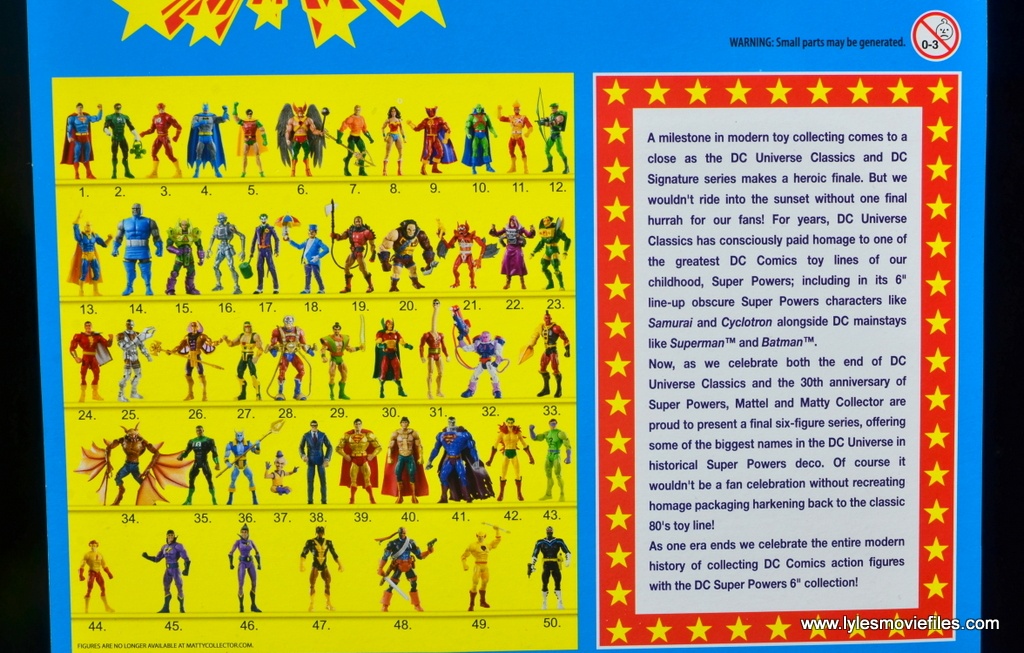 That’s where Mr. Mxyzptlk fits in for those wondering. This is a really cool trip down memory lane and a great tribute to the work Mattel did with DC Classics. 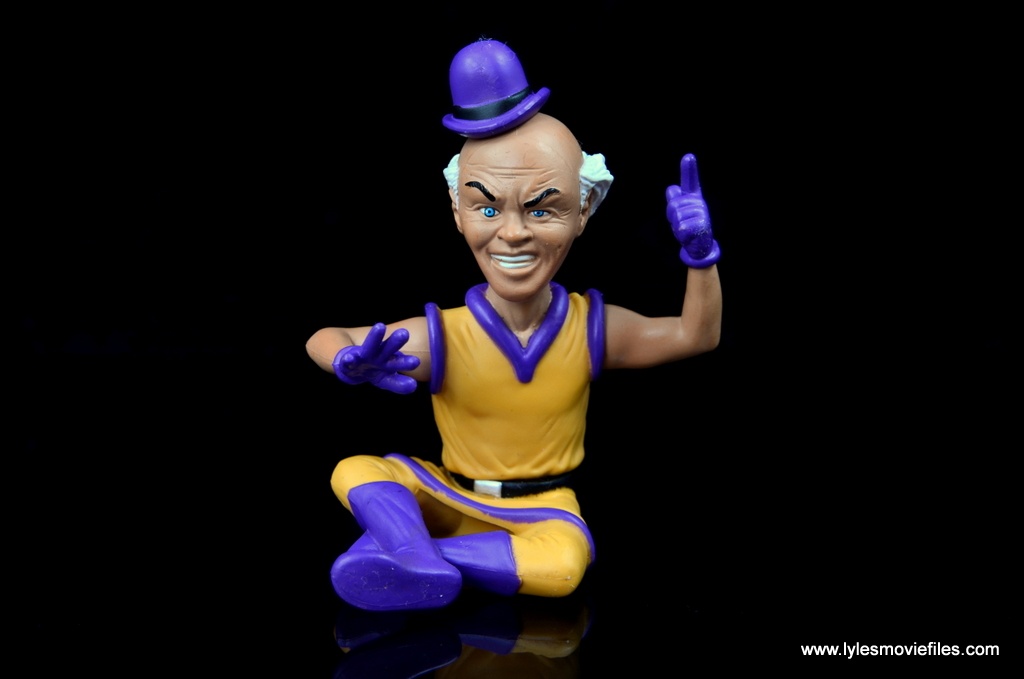 Likeness:  This is where the figure really shines. Mr. Mxyzptlk looks terrific form his mischievous expression where he seems poised to start causing problems, the pointed finger and open right hand and the crooked hat dangling oh so delicately to the right side.

Somewhat controversially, Mattel opted to just have Mr. Mxyzptlk in an Indian style position. This is a fairly standard pose for him, but it makes him more of a statue. I don’t mind the idea, but would have loved if Mattel went more of a Build A Figure route and had a swappable waist section a la Plastic Man so we could have options. 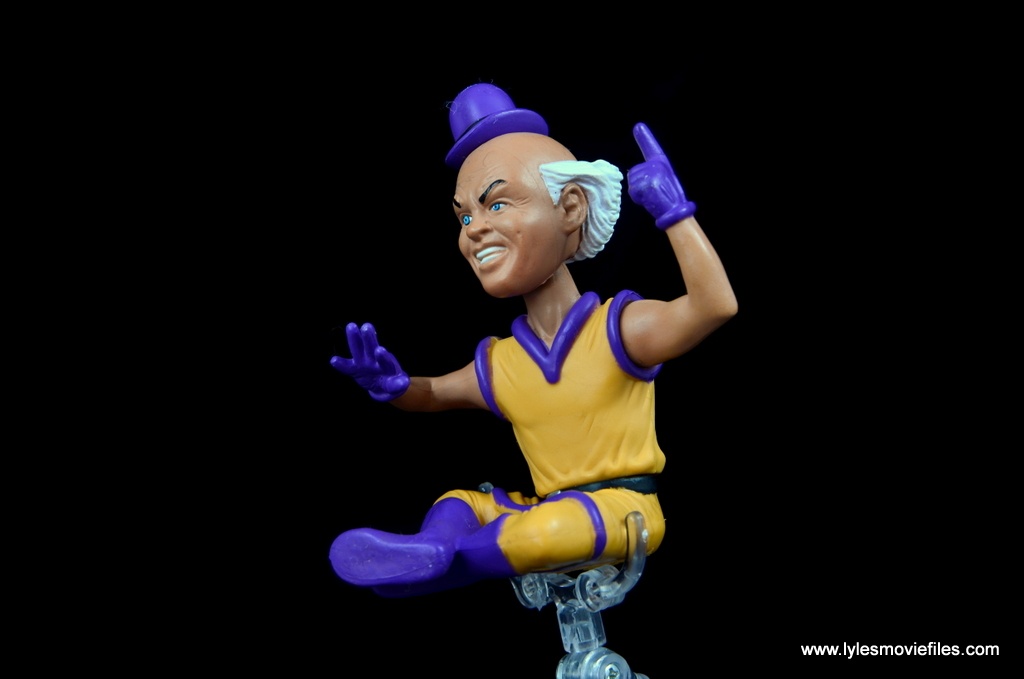 I’m not sure if this is a widespread problem, but my figure had some very obvious mold lines along the sides of the head. They were so distracting it’s almost like he’s wearing a mask.

Scale:  Mr. Mxyzptlk definitely shouldn’t be looking Superman eye to eye in the traditional sense. He’s an imp so some of his proportions namely that oversized noggin are exaggerated. 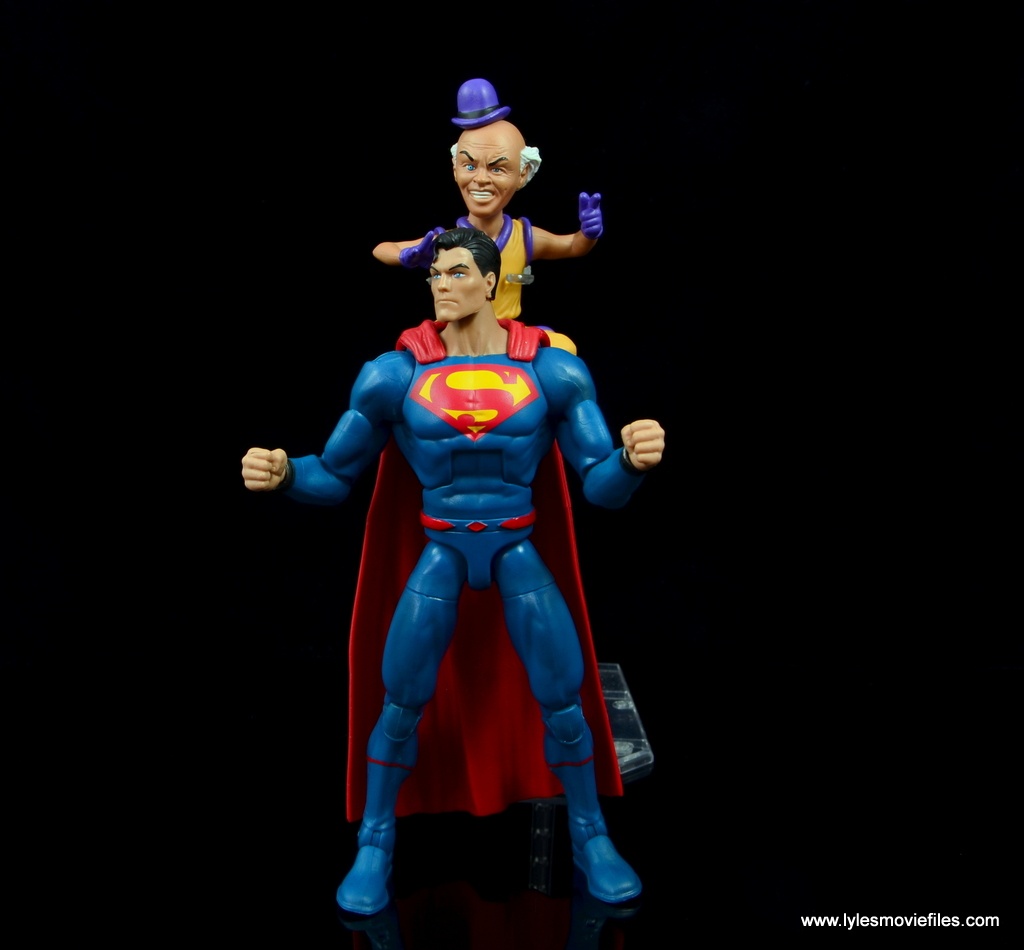 Paint:  Given the shade of orange used, Mr. Mxyzptlk’s skin tone could have been a little paler as he looks like he’s been getting plenty of sun waiting on 90 days to wrap. The rest of the paint job is largely solid with some missed lines and overspray around the belt and tunic trim. The left eyebrow needs a touch up as well, but most of those details are hard to spot from a regular distance.

Articulation:  OK in all fairness, Mr. Mxyzptlk doesn’t need to do a bunch of back flips, high kicks or even punches. That said, Mattel could have incorporated a few more articulation points like the elbows and wrists. This is the bare minimum here and for what I’d really need Mr. Mxyzptlk to do it’s not horrible, but not quite at the same level we’d grown accustomed to with the DC Classics line. 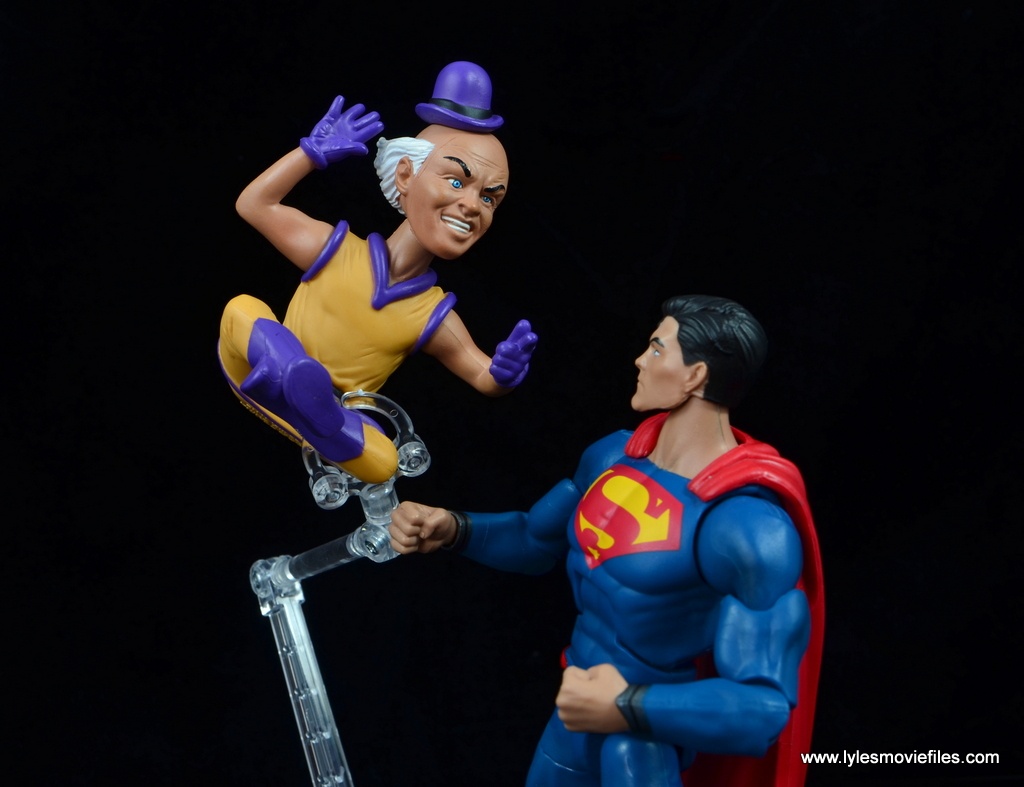 Accessories:  Hard to imagine in 2018 getting a figure that’s not heavily discounted that has no accessories. Of all things Mattel should have included a stand to simulate Mr. Mxyzptlk levitating. 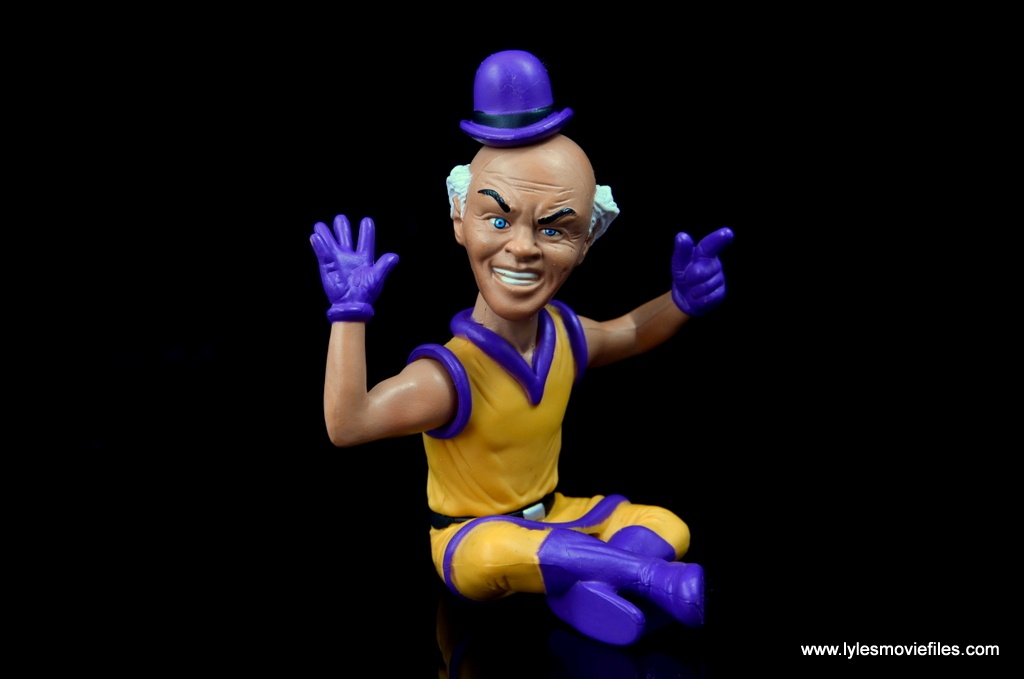 Worth it? Mattel originally charged $30 for a glorified statue in nostalgia packaging. That’s an awful deal any way you look at it. At $15, that’s still not the best value considering the lack of articulation or a Build A Figure piece to sweeten the deal, but it’s a lot better.  And with the DC Rebirth Superman, this figure actually has a lot more relevance now.

Where to get it?  Sure you could go online and pay more at other retailers, but GameStop has Mr. Mxyzptlk up now in stock at their website along with the DC Classics Superboy. 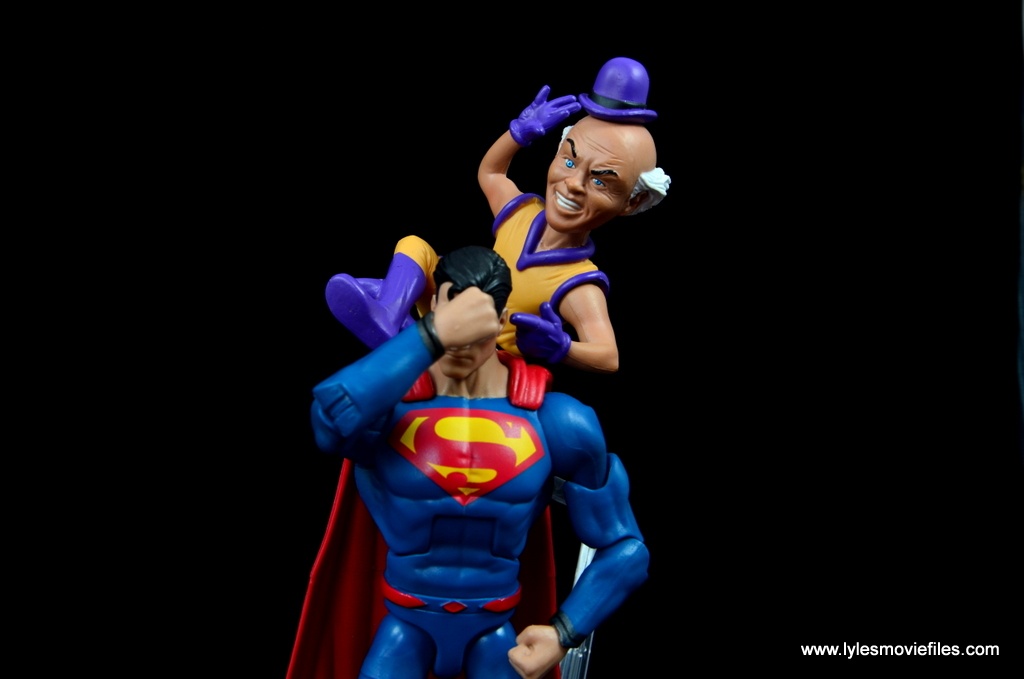 If you can’t get to GameStop, you can always get him from Amazon.com.