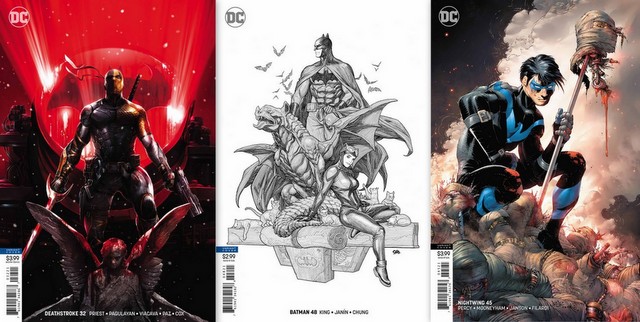 The Curse of Brimstone #3

We’re three issues in to Curse of Brimstone and I’m not entirely sure what’s happening, but I like it.

The Salesman and his icy minion want to settle accounts with Joe, who’s reeling from the consequences from his deal with the devil. It’s up to both Annie and Joe to stop the town’s compete incineration and become just another notch in The Salesman’s ledger.

This issue initially seemed like it was going to keep spinning in circles from what was already established, but writer Justin Jordan added enough twists to fully shake the series up and gain a much needed direction. It’s not that the previous two issues were lacking, but character and story development seemed headed down a very slow burn road. Now, Jordan lays the title out for a very interesting change of pace.

Phillip Tan’s artwork continues to sizzle. Tan is establishing a very dark and bleak tone that’s exhibited in the towns, buildings and broken down look on characters’ faces. Rain Bedaro’s color work is a major factor in how the book looks that are especially well done with the fire and ice elements.

I’m already sold on the idea that Brimstone would make for an exciting movie. It has this dark 30 Days of Night undertone and Tan’s pages already have that cinematic feel so the translation wouldn’t be difficult.

The Curse of Brimstone wraps it’s first arc up nicely with a ton of possibilities to take the series now.