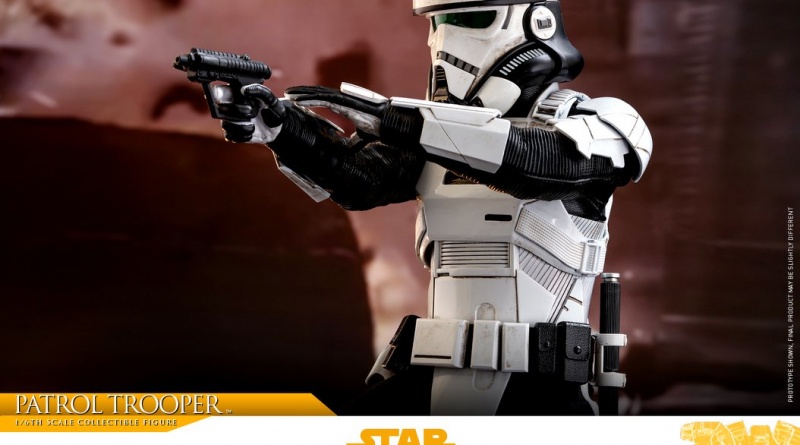 Despite its lackluster showing at the box office, Hot Toys is giving Solo: A Star Wars Story the full rollout treatment. Today we get the reveal of the Patrol Trooper.

I’m not sure how much of a deep dive this line really needs however since interest seems to be waning. We’ve already got two Han Solos and at least a Chewbacca on the way. Still no sign of Lando, Qi’ra or Beckett, who would seem like the only major characters needed. And maybe the super spoiler character who shows up at the end because they’re popular enough to warrant a variant.

Solo: A Star Wars Story has opened around the globe and is loved by fans and critics alike! The Imperial has expended its army with a newly introduced Patrol Trooper. These specialist Stormtroopers are the urban equivalent of scout troopers, wearing partial armor for greater mobility. 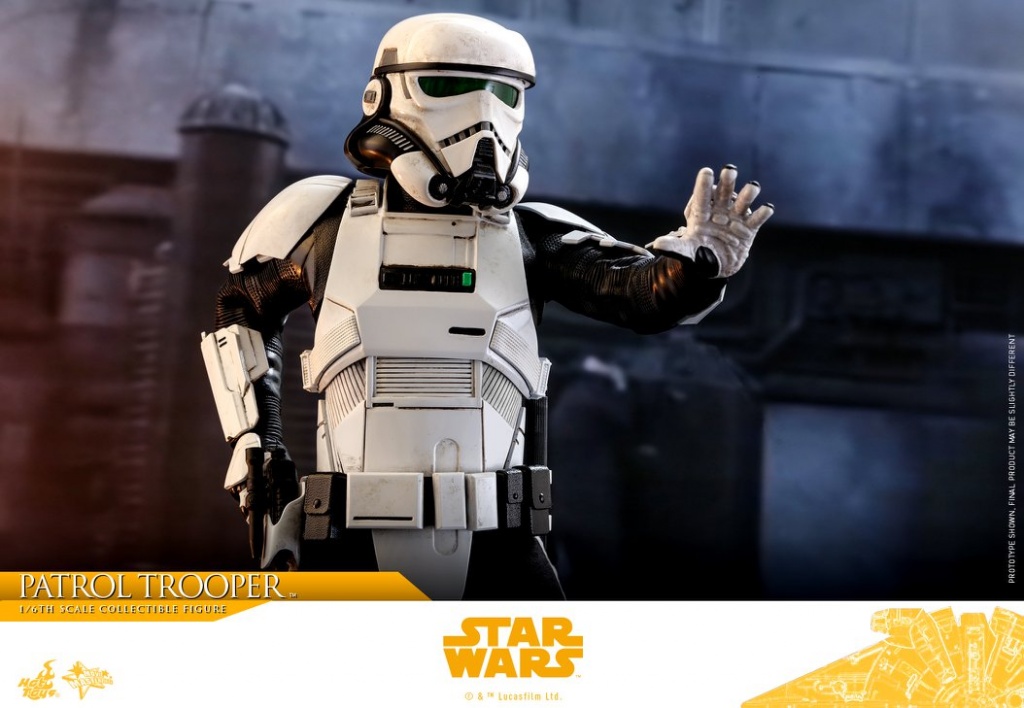 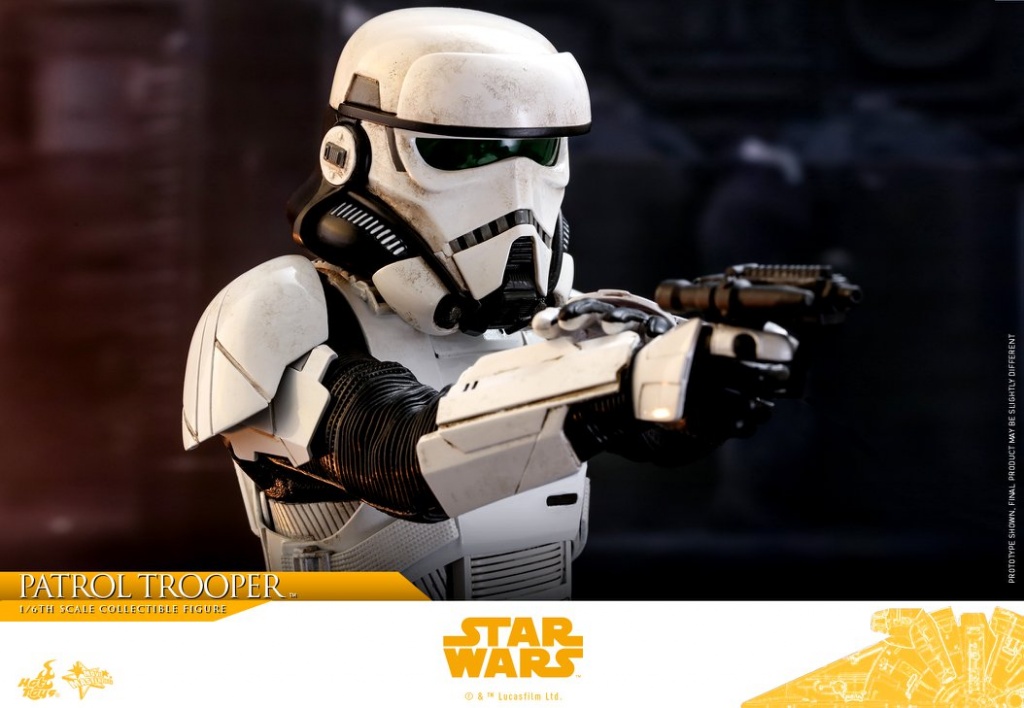 The highly-accurate collectible figure is specially crafted based on the image of Patrol Trooper from Solo: A Star Wars Story featuring a newly designed Patrol Trooper helmet and armor, a meticulously tailored fabric suit and under-suit with armor details, weapons including a pistol and a baton!

Serve the Galactic Empire and recruit these Patrol Troopers into your Star Wars collection! 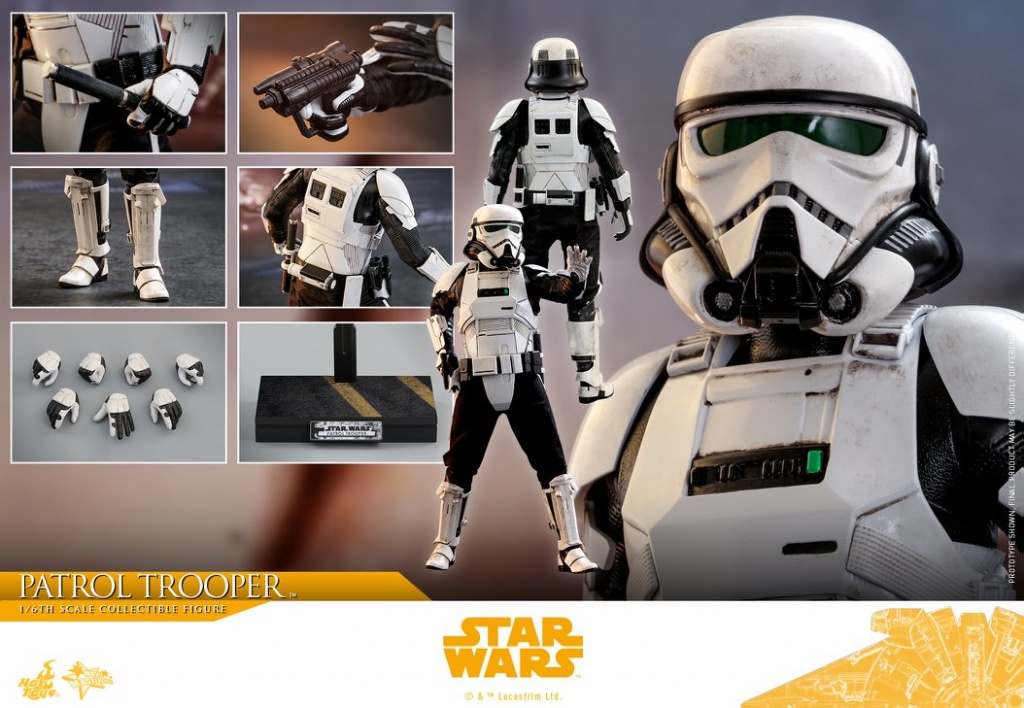