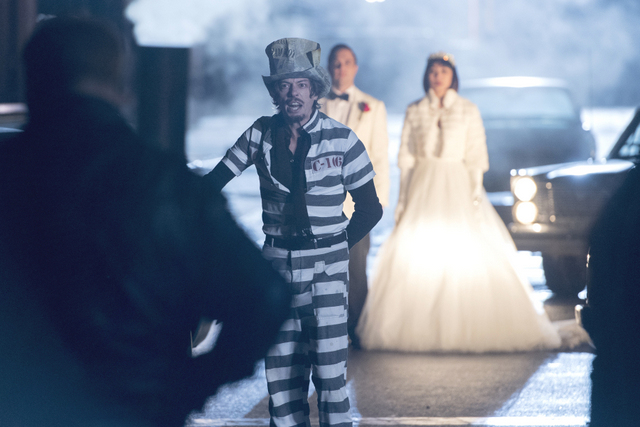 So things are going pretty much insane in Gotham. One of My Three Soups wasn’t even the best episode of the season, but it was packed with a ton of crazy moments. The Gotham writers are going straight no holds barred now using their version of Knightfall as the Rogues start aligning and raising chaos.

It didn’t take long for this episode to get rolling. The second half of the season definitely hasn’t wasted time setting up episodes and they just start things off on 10 and take it up to 20 now. Jarvis Tetch hypnotized a guard into freeing him, but he’s got some co-conspirators as well in Scarecrow and…Jerome. Essentially, One of My Three Soups is giving us our first big supervillain team-up and it was glorious.

Gordon and Bullock have to deal with this mini-Knightfall problem with thankfully no Bane, but also no Batman. Or at least not just yet. 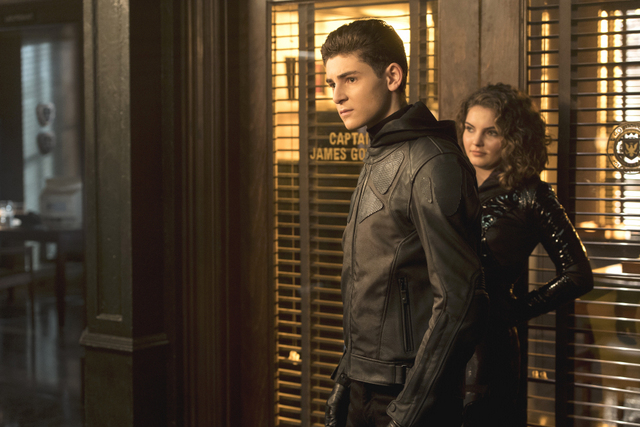 Bruce immediately takes the traditional Batman approach of blaming himself for Jerome’s actions and wants to stop him. Selina thinks this is a bad idea. Typically, the Gotham writers aren’t fans of subtlety, but they’ve done an excellent job of building the romantic tension with Bruce and Selina.

They’ve really captured the vibe of the Batman and Catwoman relationship from the comics. Bruce’s confrontation with Jerome plays out in a not-so surprising way with Bruce stopping Jerome’s uncle from hurting him only to be shocked when Jerome kills him. I loved how Jerome called Bruce out on that awful plan. At least Selina arrived in time to help him and spark more of that will they/won’t they dynamic.

Gordon meanwhile was busy with Tetch as he was planning a mass murder courtesy of a radio station hypnosis. Before then, Tetch committed one of Gotham’s most violent murders — which covers a ton of ground — with the bride and groom’s introduction to a wrecking ball.

Tetch wants Gordon to feel as helpless as he did when Alice died. That is a very shoddy recollection of events. Now he’s commanded people to throw themselves off rooftops at midnight and there’s no way Gordon can stop him. I appreciated Gordon’s ruthlessness here in shooting Tetch’s hand to make him talk, but ironically it was Gordon’s brains that saved the day instead of his fists. 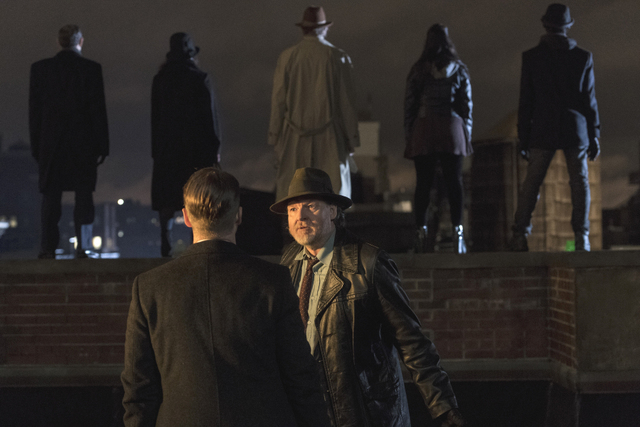 If the episode had a weak spot it was Barbara’s subplot. Not so much that Ra’s tabbed her as the new Demon’s Head, but this new threat with the Sisters of the League. Gotham has a lot going on right now and unless this group is going to be a major factor next season, I’m worried this might not reach its full potential if there’s a payoff this season.

Maybe the best scene of the episode was Gordon and Bullock’s brief celebration after saving everyone. Bullock isn’t about to ease Gordon’s conscience yet, but did offer him what should be the GCPD’s motto — there’s no heroes here. It works on multiple levels and fits Gordon and Bullock’s checkered past.

One of My Three Soups was another crazy and highly entertaining episode of Gotham. This show keeps delivering on all of its out there premises to be the most unpredictable comic show going today.