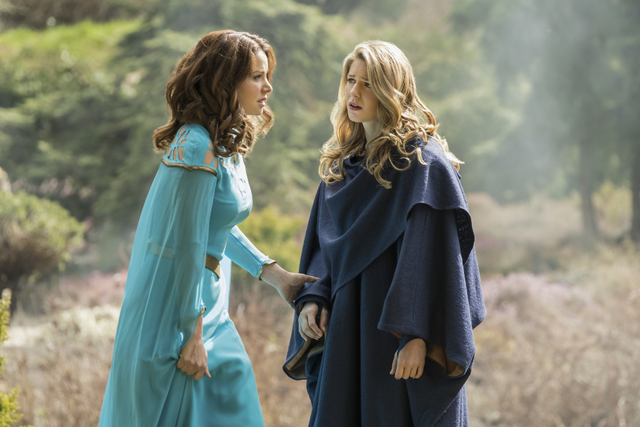 I’ve been hearing that Supergirl has been…interesting as of late so I needed to hurry up and catch up. Dark Side of the Moon wasn’t the disaster I was promised, but there were more than a few eyebrow raising moments.

Mon-El is on his ‘non-affair’ joyride with Supergirl to track a substance that can stop Reign. By the way, if I haven’t mentioned this enough in these recaps, the writers really make both Mon-El and Supergirl look like trash here. It’s as if they think not having Supergirl or Mon-El admit they’re back in a relationship somehow makes their actions OK.

Speaking of other things that aren’t OK, upon getting pulled into this mysteriously enclosed world, Kara and Mon-El steal some clothes from a vendor. But hey, it’s fine as it turns out this is Argo City and everyone’s just happy to see another surviving Kryptonian. That goes double for Kara’s mother Alura (Erica Durance). 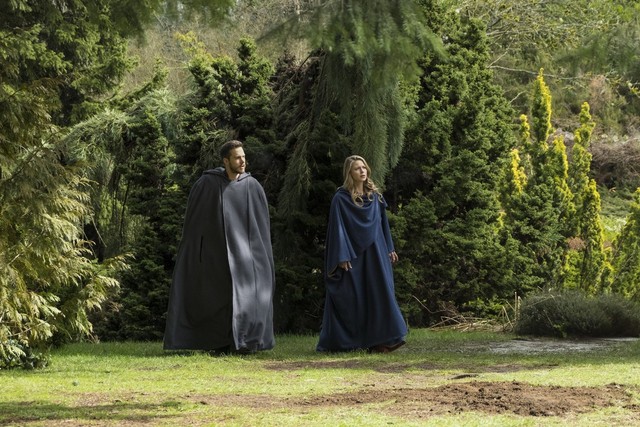 After some clumsy sweeping away of some of the sillier Season 1 dangling plot threads, it’s time for business. Most importantly what Supergirl wants. This came off pretty lame. Supergirl reunites with her previously thought dead mother and her focus is more on something to possibly stop Reign? Seems to me the most obvious solution is digging up a Phantom Zone projector and having Braniac-5 and all his wacky future tech whip up a way to restore Sam without the threat of Reign. But, sure let’s try this idea first.

Turns out one of the members of this Argo City ruling council is Selena, the one who’s been aiding Reign. It was somewhat awkward having to show Selena in her dark robes and hood as that big reveal didn’t fully take. With this special substance, Supergirl can free Reign and save her universe.

Back on Earth, Super Cool Aunt Alex is spending more time with Ruby. I’ll be fine with this provided Sam does get her daughter back and Ruby was just used to stoke Alex’s motherhood instincts. If this ends with Ruby staying with Alex, she can join her sister. The most obvious assassin in the galaxy goes gunning for Alex. Like her super judgy sister, Alex assumes it’s a recently released murderer she put away years ago. The heroes don’t have to be robots, but it’d be nice if Alex didn’t rush to condemn people. 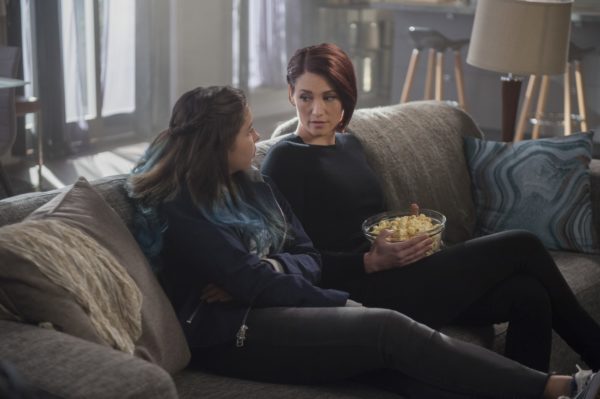 The smartest moment of this subplot came when J’onn disguised himself as Alex to lure the would-be killer out. This assumed a lot namely that the assassin was following her 24/7, but OK. Then things almost immediately went silly as Alex chased down the killer on rooftops while her boss who can fly patiently waited. And how in the world is Alex now capable of Trinity-esque back flip kicks outside of The Matrix?

I’m gonna go ahead and give Odette Annable the Arrowverse best performer of the season. She’s been consistently great and on the back end of this season she’s made Sam/Reign one of the best Arrowverse villains period. I’d put her right there with Tom Cavanagh’s Reverse Flash, Manu Bennett’s Slade Wilson, Josh Segarra’s Prometheus and John Barrowman’s Season 1 Merlyn. 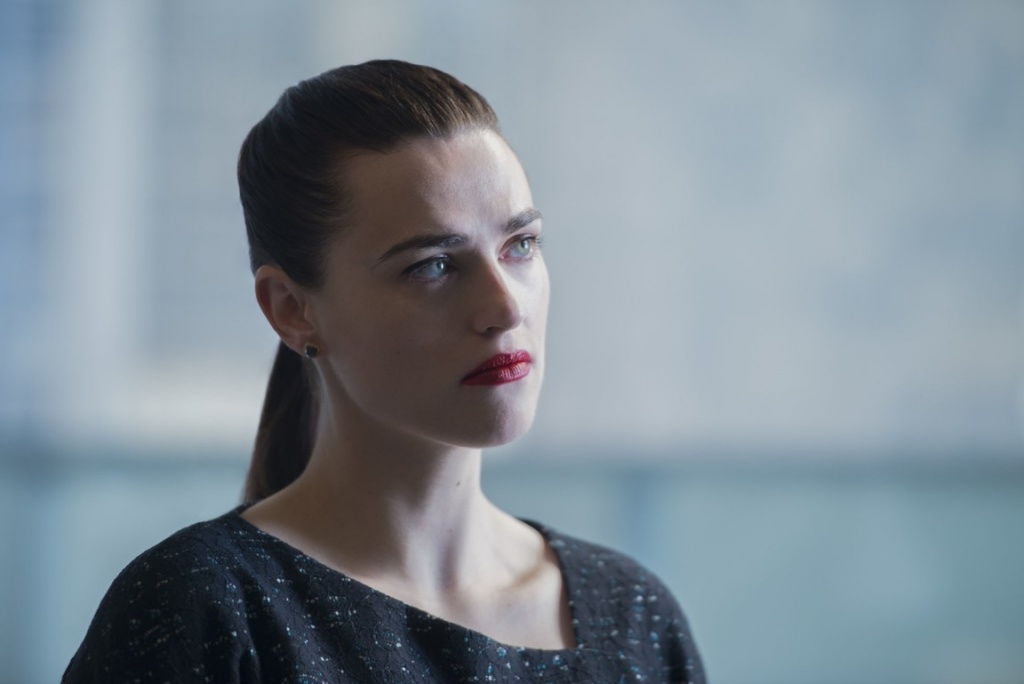 It’s not that Reign actually did a heck of a lot, but her menacing presence and constant taunting of Lena was low-key excellent. Those scenes were easily the highlight of the episode for me.

Dark Side of the Moon reinforced that I’m tuning in for Supergirl, but sticking around for Lena and Reign.