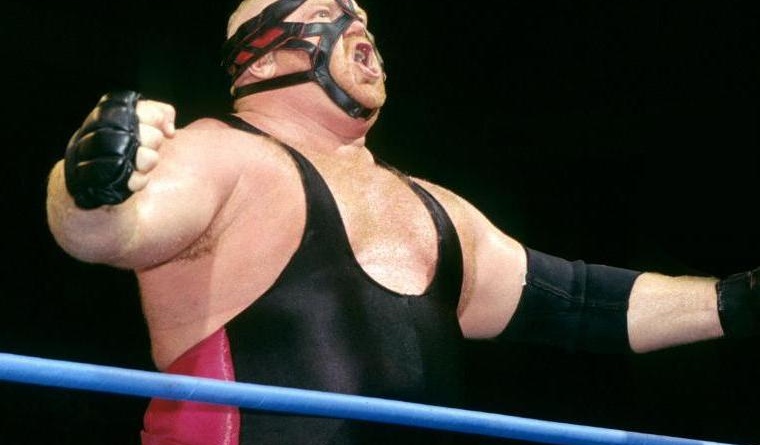 I’m bummed out hearing about the death of Big Van Vader. As an 80s wrestling fan, I was used to big guys like Andre the Giant, Bam Bam Bigelow, King Kong Bundy, but nobody was like Vader. He was savage, mean and a mauler. His moves looked like the hurt and he had an intensity that was unmatched.

The WWF seemed clueless about how to use him as if they’d never seen him battle Sting, Ric Flair, Cactus Jack or Ron Simmons. But in WCW? Vader was great. He was responsible for some of the best WCW matches of the early 90s and they’re well worth revisiting.

It really sucks that Vader didn’t get in to the WWE Hall of Fame before his death. It seems like the Hall  can either add more people or drop the celebrities. It seems stupid Kid Rock and Drew Carey actually get to enjoy that moment while Vader just had to watch and hope for his turn.

Here’s some of what Vader’s peers and colleagues had to say about his death.

Loved working with Leon, loved the friendship I had with him for many years, and especially these last 8 months of his life. He will truly be missed. pic.twitter.com/32cWMdH2yX

My heart is heavy with the news of Leon White’s passing. He was an amazing performer who brought out the very best in so many. Best big man ever, the most effective monster heel of his generation. My heartfelt prayers to his loved ones, and my gratitude for having known him. pic.twitter.com/uy3yBfwZOs

It's with sad condolences to hear that my long time friend @itsvadertime has passed away. He was a great person to manage and a great human being. pic.twitter.com/R7itvDEdpe

Sorry To Hear About The Loss Of Another Great! Rest In Peace My Friend! pic.twitter.com/O0NvIINS3l

Very sad to here of the passing of @itsvadertime . He was @DakotaRunnels22 Godfather and a friend. He will be missed. #RIPLeonWhite

Vader was one of the 1st big men to show that big didn’t mean limited skills, speed or agility. He was a beast & was not afraid to try NHB either! I had my 1st WWF match with him & was very pleased with his toughness & endurance. My prayers go out to his family & friends. pic.twitter.com/ITfYMWie06

Vader changed the wrestling buisness
He set the tone for how a BIG man should wrestle
Celebrate his life
Watch his greatness in the ring#ItsTime pic.twitter.com/syCKHKeRcv

Sad to hear about the passing of Vader. He was one of the all time greats. My prayers go out to his family, may he rest in peace. #RIPVader pic.twitter.com/6Lk3nuP4kA

My prayers and thoughts go out to the family Of truly one of the greatest big men to step foot in the ring. Vader my friend May you R.I.P

Vader terrified me as a kid and later fired me up as a rebellious teenager. I was such a pure fan of him. RIP big man. #VaderTime #RIPVader pic.twitter.com/Qm5OWcckRB

When I was a kid I was legit scared of Vader

Thanks for making me believe #RIPVader

Very sorry to hear about Vader this morning. Man was a Gentle Giant the years I worked with him and after. Love to his family, friends and fans.

Maaaaan…Vader was my guy as a child and was a sweetheart when he came down to FCW to help train us. I’m forever grateful for the conversations I was able to share with him. Condolences to Leon’s son, Jesse, and the rest of his family.

Vader was one of the best big men of all time. Will never forget his battles with the likes of Stan Hansen, Sting, Ric Flair, Cactus Jack and so many others. Sad he didn’t get his #WWE Hall of Fame induction before passing. #RIPVader #RIPLeonWhite pic.twitter.com/Bj0CLojg8B

I’m saddened to hear about the passing of Leon “Baby Bull” White aka “Big” Van Vader! My prayers of strength go out to his family at this time, I’m sorry for your loss. #RIPVADER

May you finally be in peace.
RIP Vader

We are deeply saddened to hear of the passing of Vader. Our thoughts are with his family today. pic.twitter.com/7olr0V4NNR

My thoughts are with the family, friends and fans of Vader. An unmistakable force of nature. pic.twitter.com/C1rY3Y90Lo

Vader hit me w/ live rounds while I was in Memphis '95 when he did Vader Roadkill Tour, snug but didn't hurt.. truly respect all you did for wrestling #RIPLeonWhite