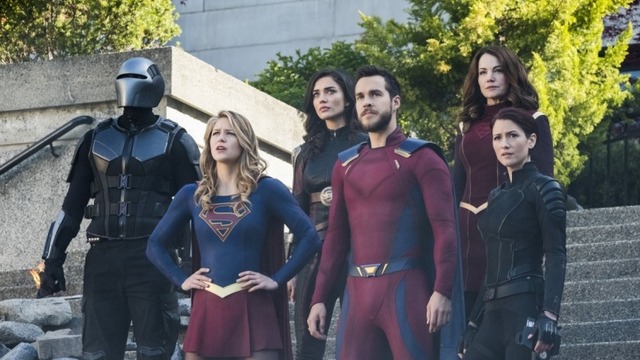 I’ve been looking forward to this season finale of Supergirl for a long time. Battles Lost and Won wasn’t the worst episode this season by far, but it didn’t do enough to sell me on coming back for Season 4.

It’s closing time and Supergirl and her Legion of Not So Amazing Friends have to stop Reign & The Three Witches. The fate of the entire planet is at stake.

At least the writers bothered to do a throwaway line explaining Superman’s absence. I should be satisfied, but if he’d wrapped up saving Madagascar wouldn’t it stand to reason he’d help Kara out in National City? Or did he just know the Legion would be coming for a last minute rescue? 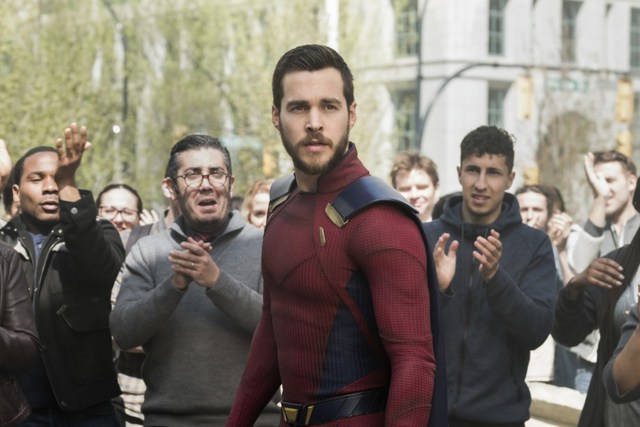 M’rynn, the martian who’s only weakness is fire, travels to the Earth’s core to repair the damage Reign wrecked. Too bad he didn’t share with J’onn that secret Oreos recipe…

Meanwhile Brainiac-5 and Saturn Girl return to lend a hand. Curiously, they didn’t bother to bring any of the other Legionaries with them. This allows for a quiet moment so Saturn Girl can apologize (!) to Mon-El for deceiving him about their mission and them agreeing to end their marriage. This made even less sense with Mon-El ultimately deciding to return to the future with the Legion. It seemed like some Hail Mary attempt to redeem Mon-El and Kara’s emotional affair for no good reason other than to have everyone separated.

On the astral plane, Sam was looking for Reign and finally worked out her mommy issues. This was a strong scene and provided some sound closure for the shattered Sam/Patricia relationship. Again, Odette Annabale delivered and was Battles Lost and Won’s true MVP. 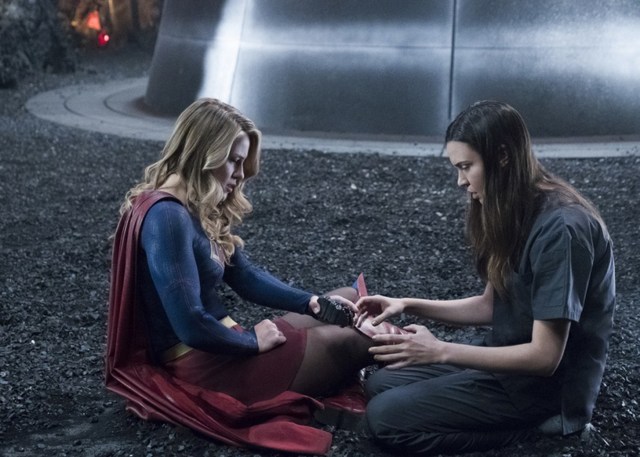 Proving no one on the writer’s staff understands how heat vision works, Coville is alive and alerts Team Supergirl to the Witches’ hideout. Now it’s time for what should be a major throwdown. Reign and her crew vs. Supergirl and her squad. But for all the buildup from the last few episodes, the witches get squashed with little trouble.

No problem, Reign can handle this on her own. It kinda made me wonder why Reign needed those losers in the first place. Sam comes up from behind Reign and stabs her with the only sword that can pierce Kryptonian skin. Reign no-sells the lava pit and starts blasting away with her heat vision killing Alura and Mon-El. Well, that was interesting.

Proving the Arrowverse writers don’t talk too often, Supergirl can’t deal with everyone dying and goes back in time. This is the kind of cheat that would totally screw over Barry Allen (and all of his friends) so it’s weak that there’s no consequences for Supergirl. This time, Sam beats Reign down on the astral plane. Good for you Sam!

I loved how Mon-El once again tried to give Supergirl all the credit for her victory. Between Alura, Alex and Mon-El, it felt like prop up Supergirl day. But was she really so much more heroic than Guardian for revealing his identity and going into an inferno to magically rescue a kid? Or Alura for immediately springing into superhero action minutes after gaining powers? What about Alex and her electro suit? While we’re dishing out credit, why not give it up for Sam who legit risked everything to try and stop Reign? 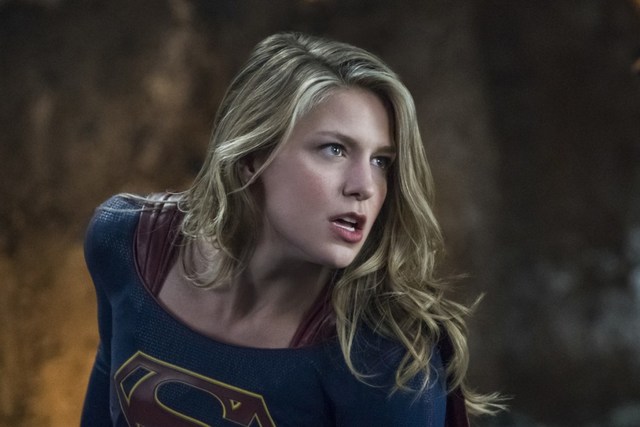 After the last second joyous reunion, Kara is fine saying goodbye to Alura who’s heading back to Argo City. Winn accepts Brainiac-5’s offer to serve as his replacement in the Legion. This also made no sense as Winn would be operating on analog tech level while the future is on iPhone 50. At least Winn got a nice sendoff.

J’onn wants to be among the people of Earth and hands the director role to Alex. Somehow this won’t impact her ability to adopt a child given her dangerous profession.

Lena has decided she was only going to be but so generous and keeps some of Argo City’s lifeline for her experiments. This is kinda on Supergirl for being so distrusting of Lena. And maybe Phase 1 had something to do with the Supergirl lookalike who surfaces in Russia? Maybe Supergirl is going to do a Superman: Red Son take? That could be interesting, but given the way the writers have squandered so many other intriguing ideas, I’m not willing to give them the benefit of the doubt.

Battles Lost and Won capped off a disappointing back end of Supergirl. Reign/Sam, J’onn/M’yrnn and the Lena/James relationship were very strong subplots, but the complete waste of the Legion and ill-advised attempt to make Supergirl and Mon-El happen again just never clicked. This was an overall inconsistent season that had too many messes to clean up by the season finale.