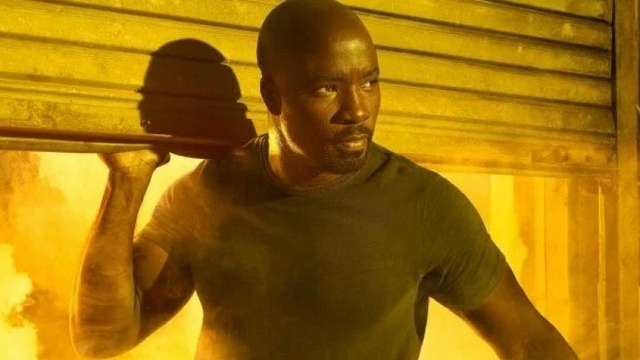 Yeah I had to listen to They Reminisce Over You before watching this one.

With most of the Marvel Netflix shows, the season finale neatly ties up the events of the previous 12 episodes. The main bad guys is killed/arrested, our hero’s resolve is stronger and they get a moment to smell the roses. And maybe we get a tease for next season. It’s a fun ride and a highly effective way to spend 13 episodes.

Luke Cage’s season finale accomplishes all of that while serving as both an epilogue for Season 2 and a prelude for Season 3. While it avoids a direct cliffhanger, no other Marvel Netflix season has had me feeling like I needed 10 more episodes or a next season release date ASAP.

Mariah finally faces her day in court with her bail denied and passport revoked. Never failing to keep her sense of self worth, Mariah claims the chaos and massive uptick in crime is because she’s not defending Harlem’s gates. It’s almost commendable that Mariah seems to actually believe her own BS.

Luke is a fighter and not a master strategist so he’s in reactionary mode as the gangs try to seize control of Harlem in Mariah’s absence. Shades drops in the barber shop to direct Luke to Rosalie Carbone, the head of the Italian crime family. Annabella Sciorra has a real presence and her she quickly asserts that Rosalie is going to be a big time player next season.

In Mariah’s void, Luke steps up as the man who’ll keep the peace in Harlem. Climbing into bed with gangsters probably isn’t what Luke had in mind after taking Mariah down, but he’s seeing the bigger picture here.

Battling the nightshade overdose and his assortment of injuries, Bushmaster is in no condition to continue fighting. Tilda gives him some medicine to ease his journey back to Kingstown. Maybe the smartest thing in They Reminisce Over You was not forcing another Cage/Bushmaster fight. They’d faced off enough and there was no way to top some of the earlier fight scenes. Plus, this keeps Bushmaster on the board for a return next season.

With her options rapidly diminishing, Mariah is ready to tie up loose ends. She has Donovan send out a wholesale kill order on all of her minions with the exception of Donovan and Sugar. Deep down there’s a shred of decency still left. Alex recognizes what’s going on and begs Tilda for help. She refuses and eventually, Alex ends up dead on the streets too. Man, that one was cold. Scratch what I said about Mariah’s decency. Of course, Alex should have taken a flight out of Harlem the minute Tilda said she wouldn’t help him.

Shades is too competent to get gunned down by a sloppy hitman. He visits Mariah to tell her farewell. It’s the rare moment when Mariah shows real emotion as she know gets she forced Shades away.

While she laid back earlier, Alex’s death forces Tilda to get off the sidelines. She visits Mariah in prison after whipping up a special potion. My Spanish isn’t great, but even I could see this was a batch of sweet payback for Black Mariah. Tilda is ready to wipe her hands of Mariah, who wants her to look in on Harlem’s Paradise for her. Mariah is sure Tilda will come to appreciate the family’s cornerstone.

Fittingly, it’s Cage who gets the last visit with Mariah. She’s as smug as ever and appreciating the irony of Cage stepping up to take her spot. Before she can gloat too long, Tilda’s poison kicks in. Mariah missed the symbolism of that kiss goodbye. This was a satisfying death scene and as Mariah complains that it burns, Luke sums up my thoughts perfectly by saying ‘Good!’ You were an awesome villain Mariah and you deserved to go out in the most painful way possible.

With Mariah dead, Shades’ deal goes out the window and Misty arrests him. Shades had done way too much dirt to be able to walk around this season free.

Tilda didn’t want to waste any money on Mariah’s funeral and was fine having her cremated. Mariah’s death marks the end of the Stokes legacy. Tilda wants to be called Tilda Johnson now.

Luke, DW and Sugar reflect on the fallout of Mariah’s death and the end of the crime war in Harlem. DW isn’t feeling how Luke brokered the peace and said he has to leave Switzerland aka Pop’s since he’s now a crime boss. He pleads with Luke to do it another way, but after seeing how Harlem withered under Cottonmouth and Mariah, Luke doesn’t feel like he’s got a choice. 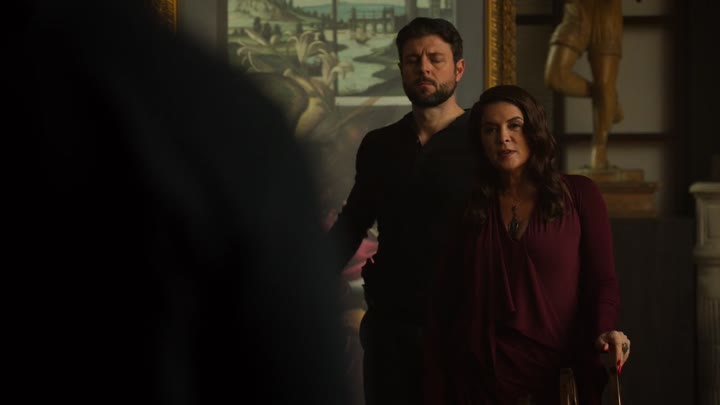 Just to sink him further down the rabbit hole, Mariah left Tilda with Cornell’s keyboard while Luke gets Harlem’s Paradise. Tilda is not happy with that turn of events. Even in death Mariah wants to screw Luke over as she thinks running HP will drag Luke down to her level.

Initially turning it down, Luke rationalizes this provides him with a perfect perch to see everything. In case you somehow missed all the other references we get an even more direct Godfather homage with Misty taking Kay’s place. Typically, I’d be all over anything for daring to rip off my favorite movie scene, but it was very effective in this instance.

The episode winds down with Tilda dressed in her comic book-inspired Nightshade outfit, Misty wearily looking on at Luke, the crime bosses in VIP and Luke surveying everything before considering some valuable insight from his father — a very fitting end note for the season and tribute to Reg E. Cathey.

They Reminisce Over You capped a fully realized season of Luke Cage. There weren’t any worthless episodes and the wide array of engaging characters kept the season rolling and the subplots intriguing. We’re probably going to go through another cycle of the other four shows, but I’m already anxiously awaiting season 3.