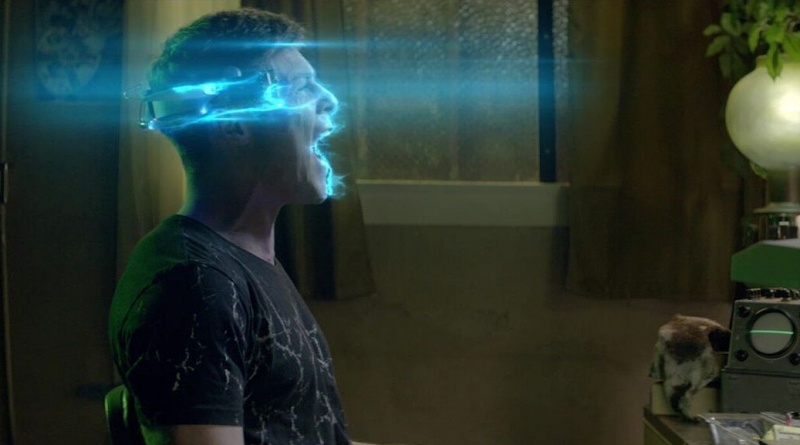 Mad Genius is less a thoughtful, sci-fi trip and more of a perfume commercial with an onslaught of random images. Toss in some Fight Club and The Matrix elements and you’ve got a film that’s never as clever as it intends.

Mason (Chris Mason) is of the opinion that the human condition needs fixing. Wars, racism and hatred are all side effects of a flaw in the human mind. Naturally, he’s figures he’s the right guy to play surgeon. Mason has already been doing some mental experimentation, which has caused part of his subconscious to emerge into a completely different persona Finn (Scott Mechlowicz). Finn is Mason’s personal Tyler Durden playing both devil’s advocate and occasional voice of reason. 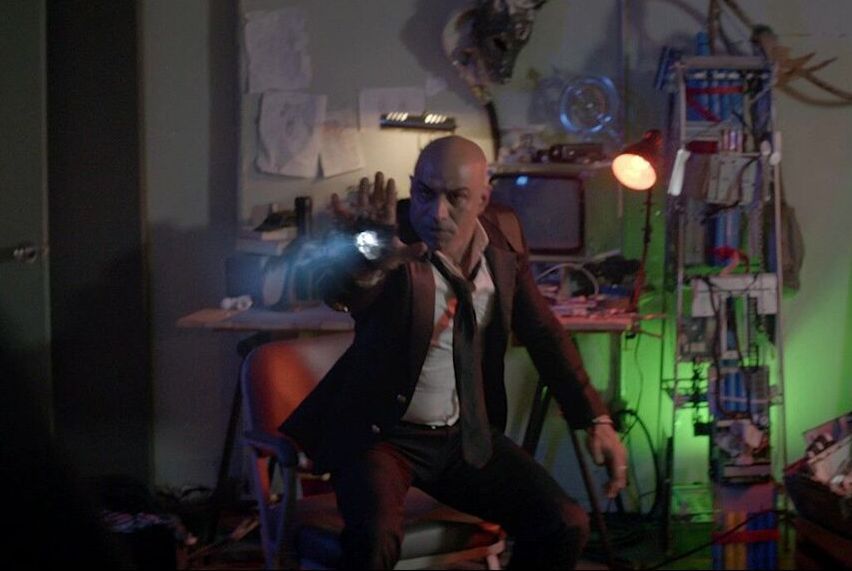 Fellow hacker Eden (Faran Tahir, Iron Man) also wants to fix the human condition — by wiping out humanity. Yeah, that’s extreme and probably not entirely effective either. Director/Screenwriter Royce Gorsuch sets up a scenario where both main characters want to play God when neither are qualified to be the judge and jury of humanity. It’s not a terrible premise, but the execution is lacking.

Gorsuch liberally peppers the film with visual smoke and mirrors a la quick cuts, busy effects and psychedelic imagery will distract from a shallow plot. Mad Genius almost feels like walking into a movie that’s gone on for an hour with no way of catching up.

Seemingly important plot points and characters get dropped without revisiting and Gorsuch never bothers explaining why Mason is such a cult hero figure to the hacker community. Or why they are so enamored with his efforts and supportive of his plan to ‘fix’ their minds.

Eden is a simplistic evil character and Tahir plays him with a nice sinister edge. Mason lacks the presence to command the screen. Too often he comes off as clueless in spite of his presumed super intelligence. Finn isn’t quite wild or funny enough for Mechlowicz to do much with him, but he brings some much needed energy to the film.

At least Mason has someone trying to keep him accountable in Sawyer (Spencer Locke, Insidious: The Last Key), a flower child who isn’t in to all the drugs and rave life Mason is accustomed. Gorsuch didn’t put much thought into his female characters. They’re treated like trophies at best and lust objects at worst. Even in the most bare bones romantic subplot there’s a few scenes to explain why the woman would be into the guy. In Mad Genius, it’s simply a function of the plot. The male characters just need someone for their pent up sexual frustration.

Gorsuch puts so much emphasis on style and out there visuals that occasionally he finds some winners. Mason’s glowing fox mask in his live stream alter ego Mr. Vix is a standout. And the glitch moments where Mason and Finn swap places is an interesting effect.

Overall, Gorsuch fails to deliver on the questions he raises. Maybe he presumes Mason’s swagger and Finn’s attitude will carry the film through its rough narrative patches? Mad Genius may win over hacker heads, but I’m happy to stay disconnected from this matrix.