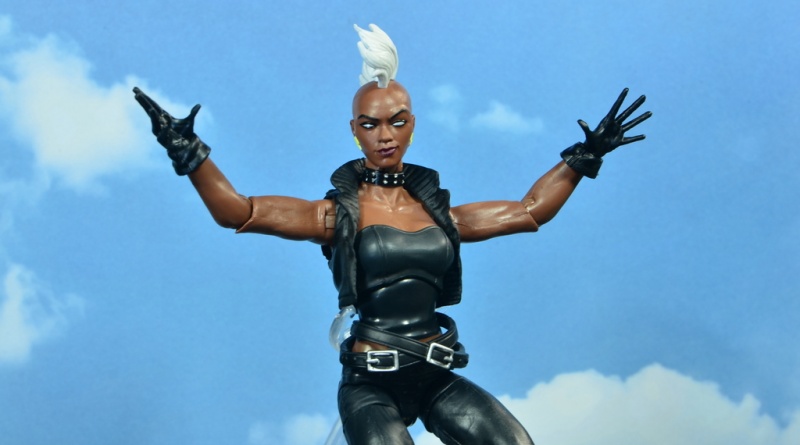 If I was stuck on an island and could only read one comic book run it would easily be Chris Claremont’s X-Men run. Between the heroes, villains, supporting characters and legendary events, it’s my favorite superhero series. That said, my preference for any Marvel Legends X-Man figure is their attire during a Claremont run. In the case of Storm, that’s a couple.

Since Hasbro seems content on dangling her original X-Men costume out of collectors’ reach for a bit longer, I was excited to see Hasbro tackle Storm in her 80s punk look. This attire has great significance with me as this was how Storm looked in my first encounter with the character in Secret Wars.  We’re just a few Hasbro figures away from completing the Secret Wars’ X-Men lineup. C’mon old school Rogue, Colossus and Nightcrawler!

Packaging:  Hasbro is sticking with the same accent colors, which makes for a cool display if you pose the MOC packages in release order. The X-Men have a bold gold making them easier to spot than some other waves. 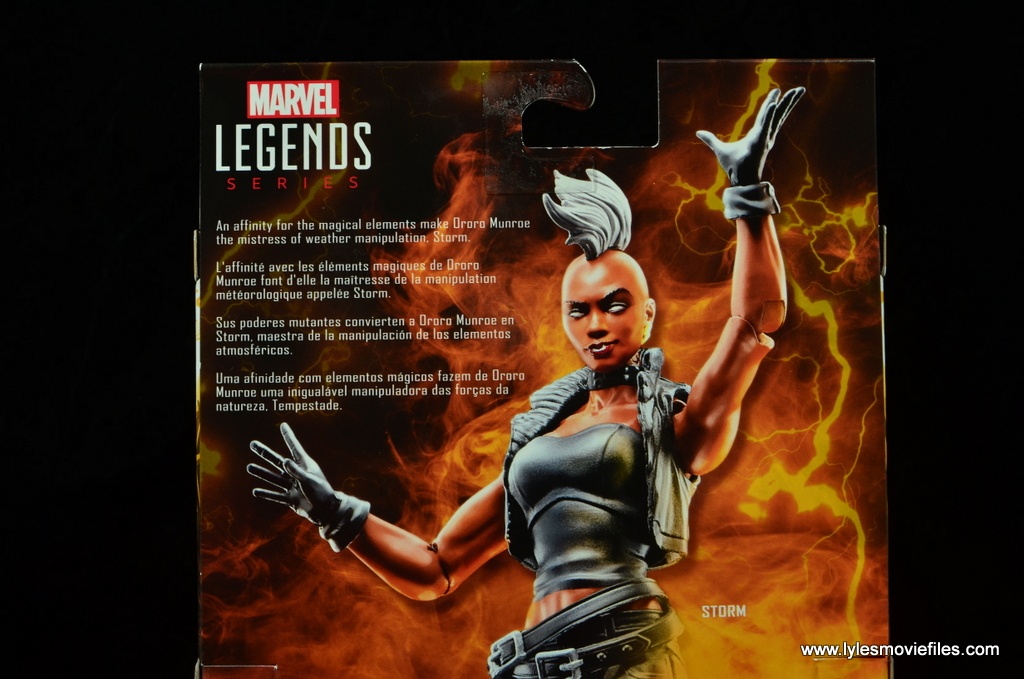 There’s the standard Storm drawing on both sides and a suitable, if not super generic bio. 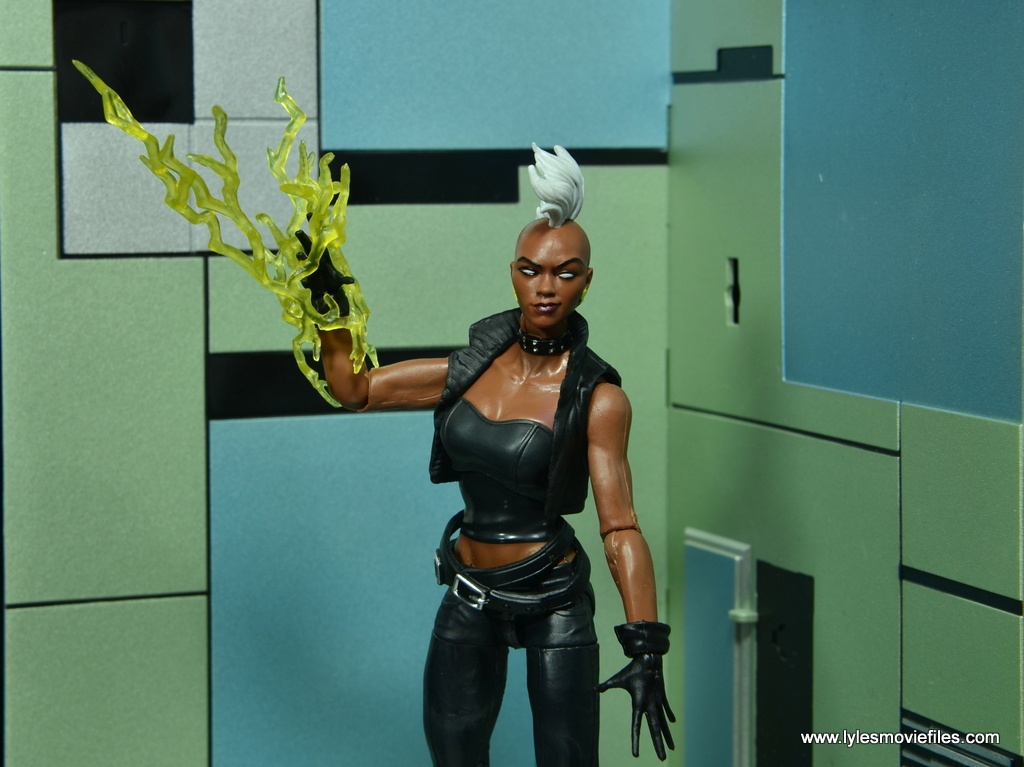 Likeness:  My favorite Storm outfit is her original, but I’ve come to like this look. Storm went punk to shake things up and to reveal a wilder side Wolverine’s pal Yukio helped bring out. This was a major departure from Storm’s original goddess presentation. It was jarring, but the subsequent punk outfits for Colossus, Rogue and Shadowcat helped her not too out of place. 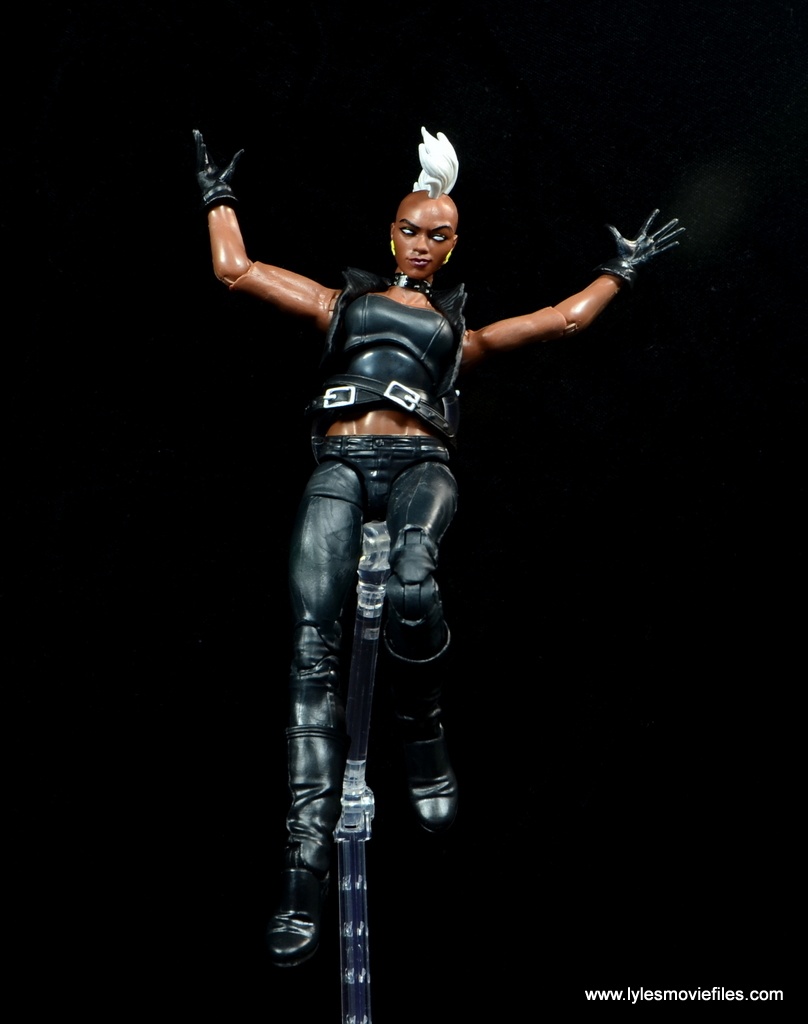 Hasbro did a great job capturing the various elements from the sculpted choker, vest, loop belts and slightly oversized gloves and boots. 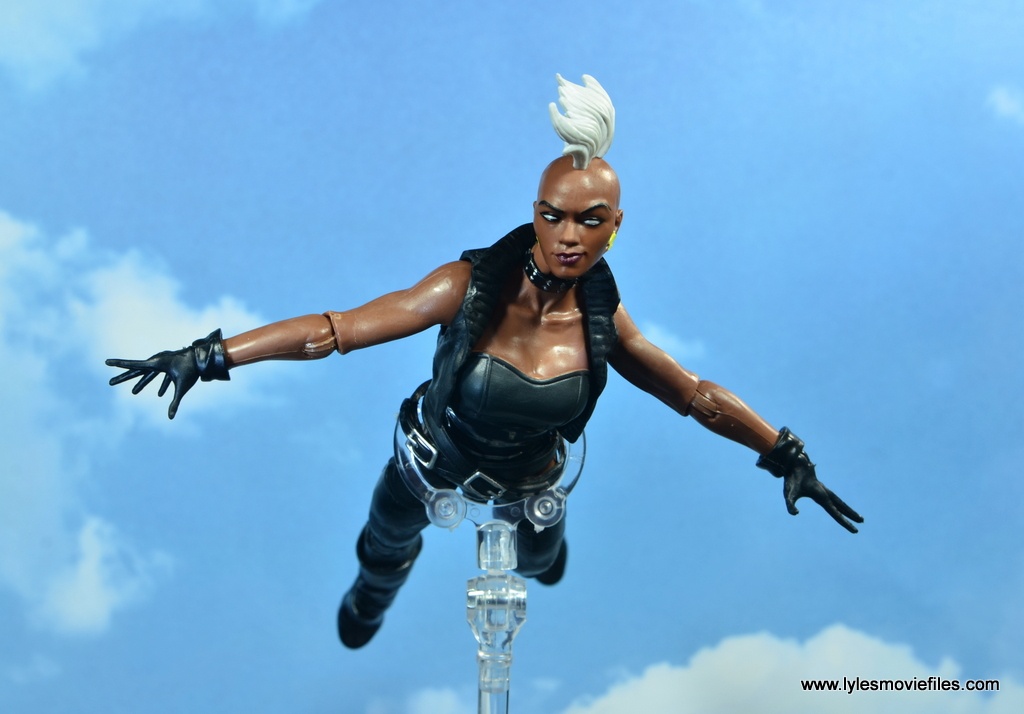 I really dig the slight smirk Storm has too as it gives her a bit of a cocky edge to match her rougher personality.

Scale:  I’ve always considered Storm the second tallest X-Man next to Colossus and not just due to the Mohawk. The figure matches up with my expectations clocking in slightly taller than Cyclops even without accounting for the Mohawk. 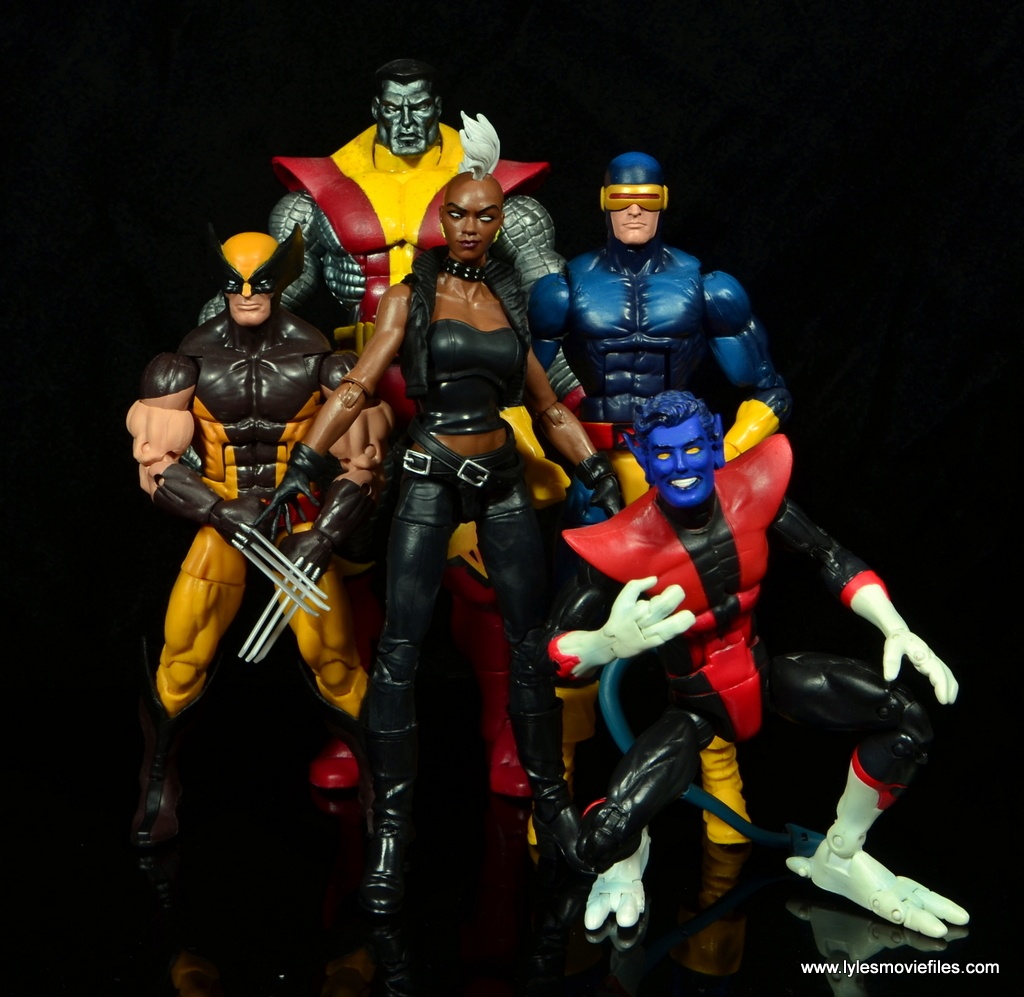 Paint:  I traveled to three Targets for this set of X-Men figures, but had to leave a couple on the shelves due to shoddy paintjobs. Fortunately that wasn’t the case with Storm. Hasbro could have gone the simple way and just used one flat black color, but there’s some subtle differences in the shades of black on the gloves, vest and boots. 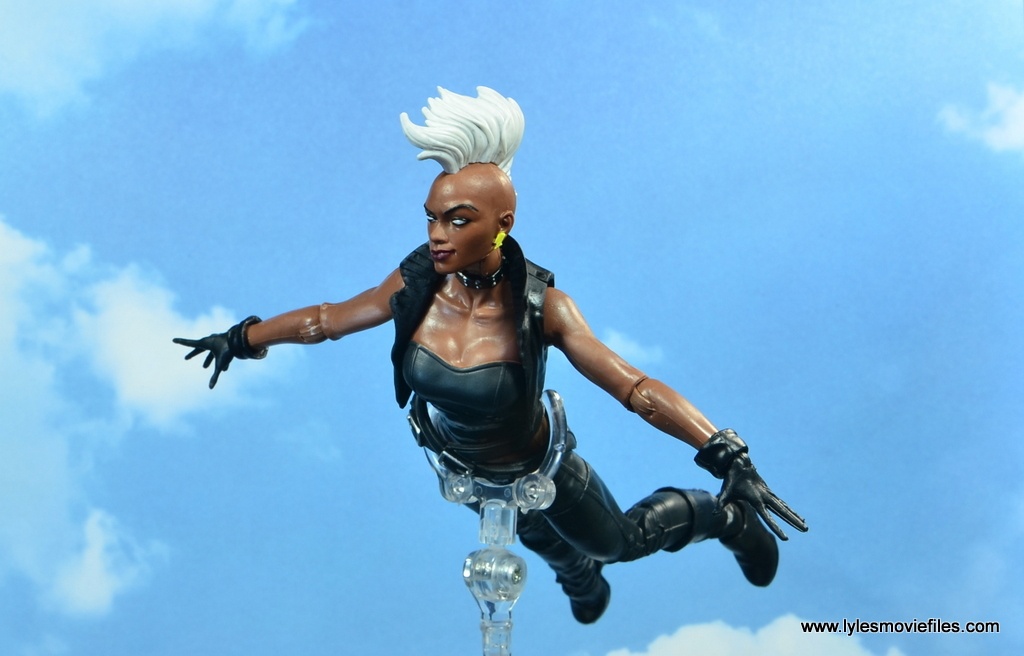 The studs on her choker and gold earrings are mostly flawless and Hasbro wisely didn’t go with any shading on Storm’s hair. 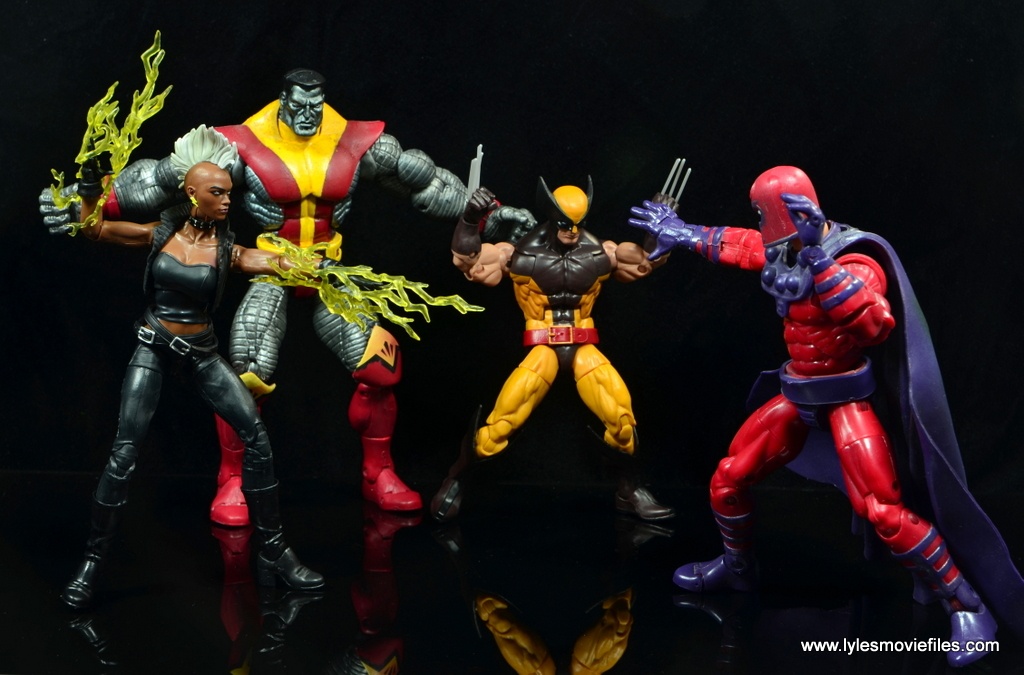 Articulation:  As always my standard gripe with the Hasbro Marvel Legends female articulation rears its ugly head — the lack of bicep articulation and single-jointed elbows. 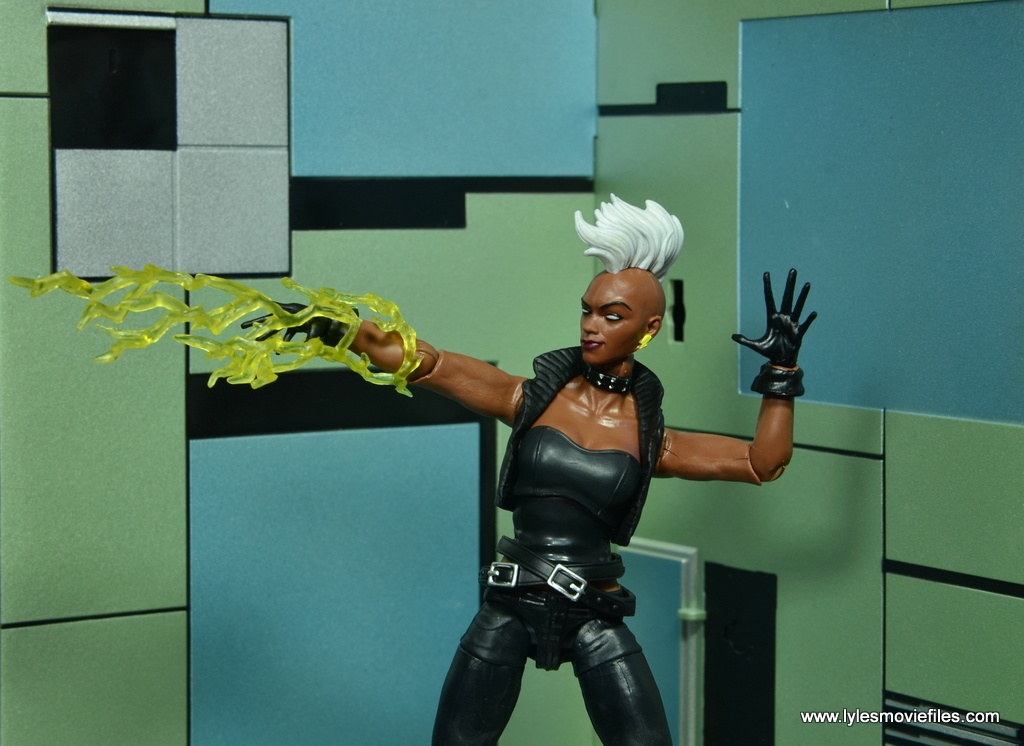 For Storm and all projectile characters that’s very important. Hopefully Hasbro will incorporate that into all female characters.  Beyond that, Storm has the regular articulation that should still make for some fun posing. 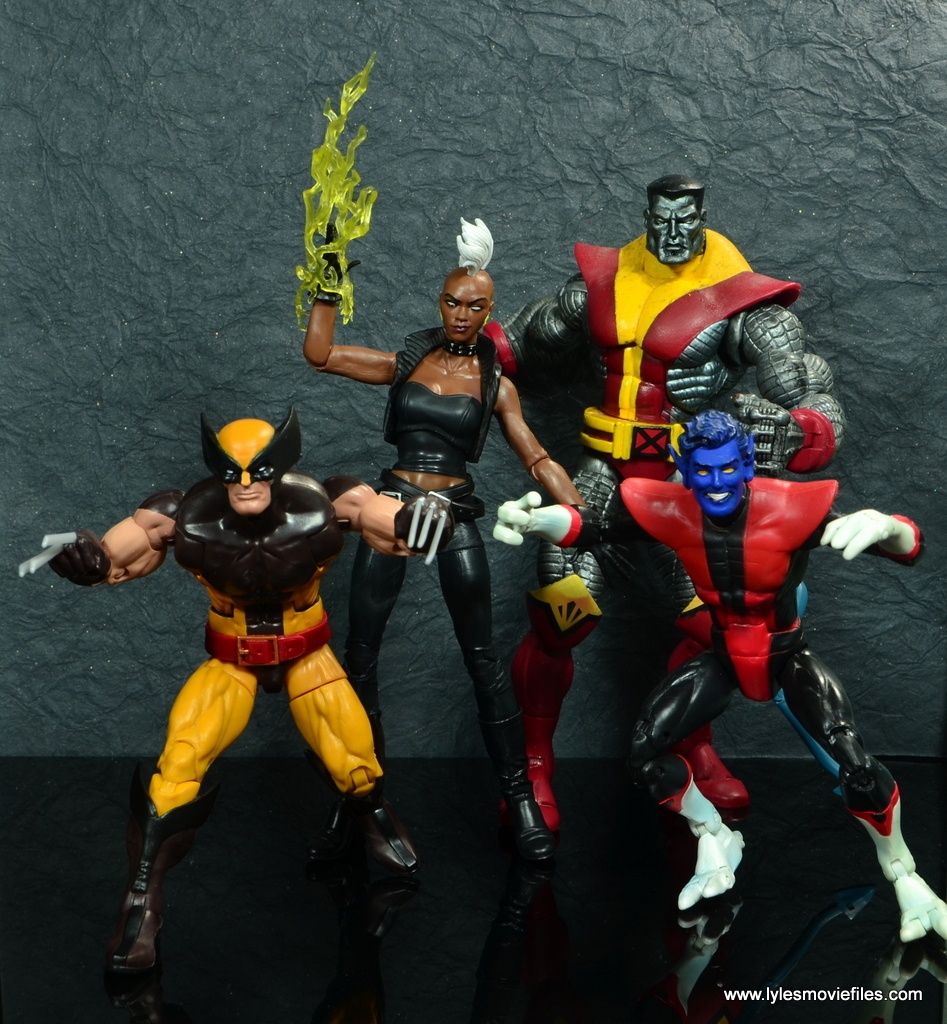 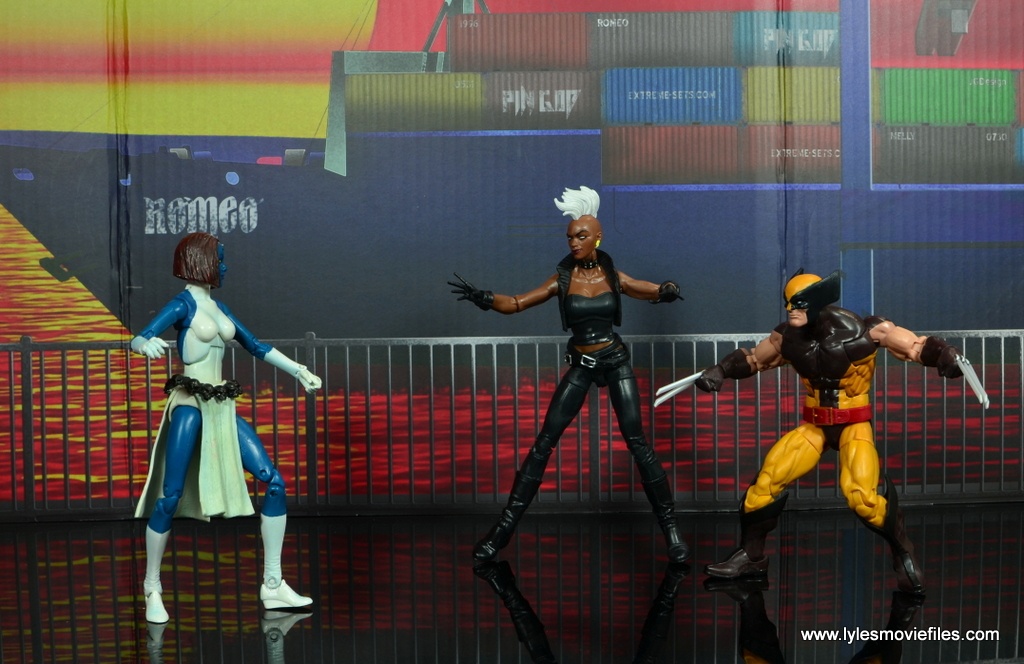 Accessories:  Storm gets two lightning blasts. This is her most aggressive use of power and the one that makes the most sense for a figure. The bolts fit snugly on the figure’s hands and help in terms of setting up some fun poses for her. 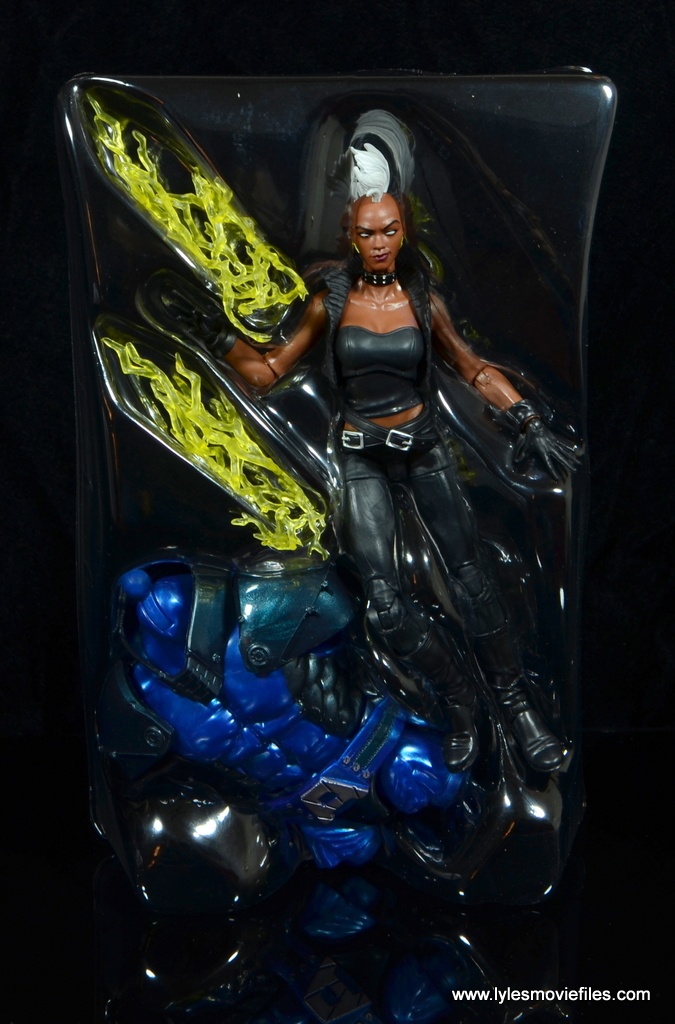 Additionally, Storm comes with the torso for the Build-A-Figure Apocalypse. 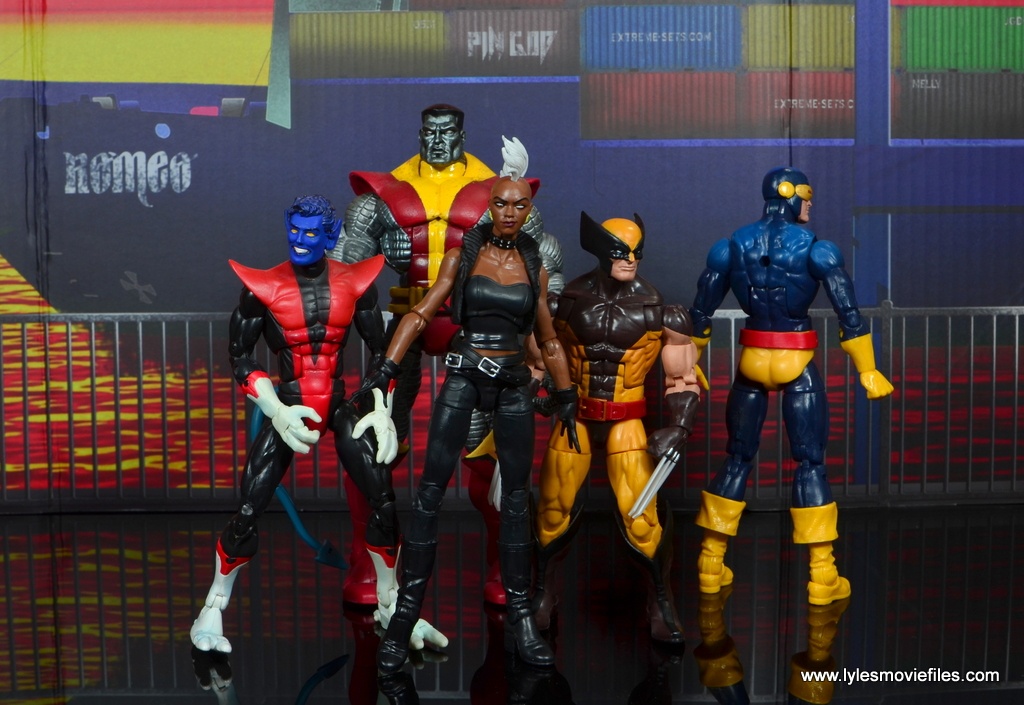 Worth it?  I found Storm for the usual $20 retail price. I know there’s bound to be some figures in this wave that will eventually be close to half that price, but I couldn’t chance Storm being the figure to see her price double. Besides, a well executed character with accessories and the BAF piece is well worth the money. 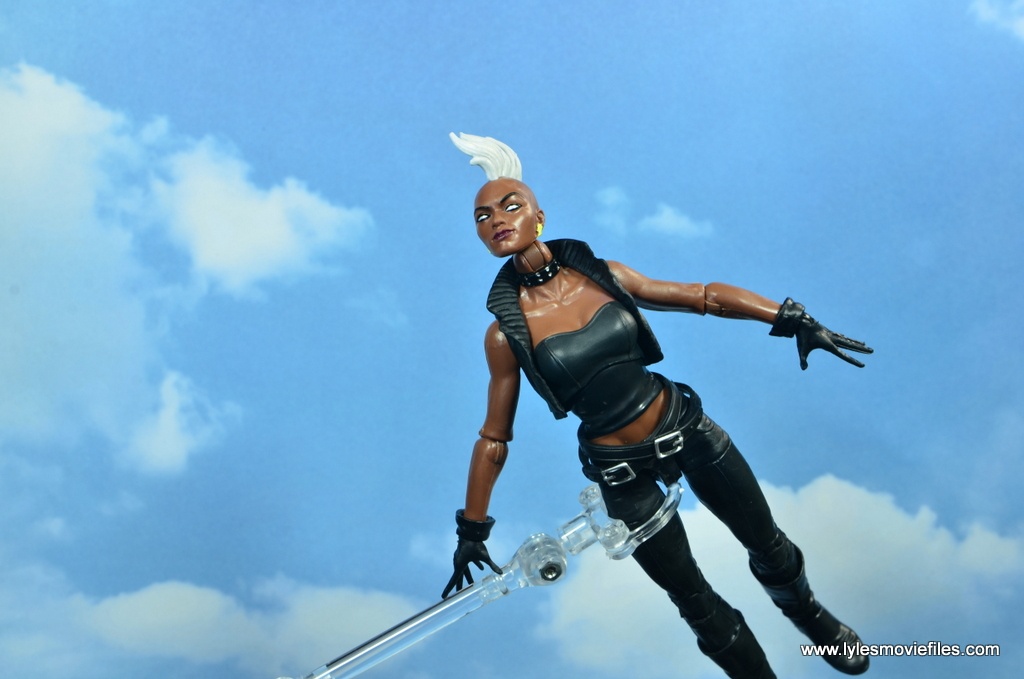 Save for that bicep cut, this is a terrific representation of Storm in her full 80s glory. I’m really hoping we don’t have to go much longer before the entire squad gets the Hasbro treatment. 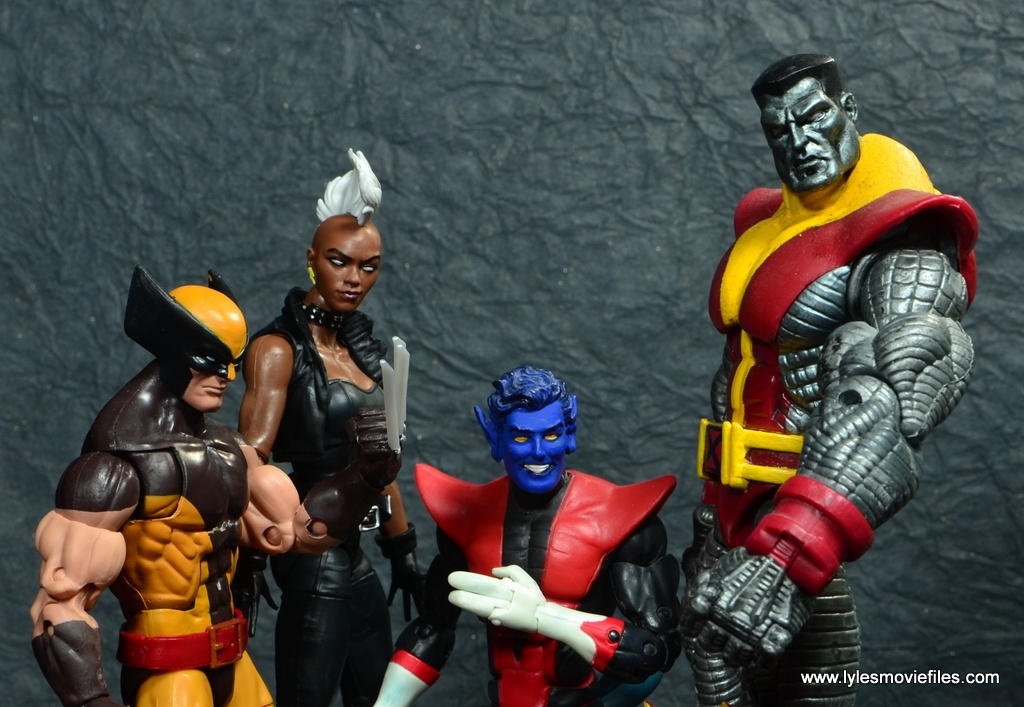 Where to get it?  Target and Walgreens seem to be the places people are finding these figures the quickest. But GameStop probably wouldn’t be a bad option either. You can always stalk Hasbrotoyshop.com or patiently await them to arrive on Amazon.com.