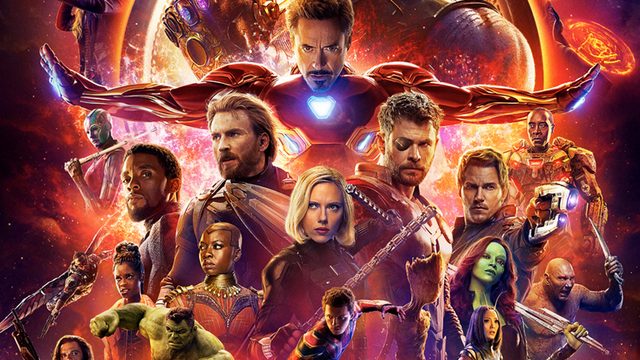 In the amount of time it takes a certain Grimace-like character to snap their fingers, I’ve placed my pre-order for Avengers: Infinity War on Blu-Ray.

There was no way I was gonna have any modicum of patience on that one. And as soon as the official release came from Marvel.com, I was on it. As usual, those of you who prefer the digital version of movies can get it a bit earlier — July 31 — while others will get Avengers: Infinity War on Blu-Ray on Aug. 14. Since Walt Disney hates 3D Blu-Ray releases in the U.S., I’m going to have to wait a bit longer, but I went ahead and ordered the 3D version from Amazon.uk.

But there’s some really cool features on all of the various formats.

Marvels’ Avengers: Infinity War is a must-own addition to every in-home film collection and is packaged several ways so that fans get the most out of their viewing experience. Consumers who experience the ultimate showdown Digitally will join a 30-minute roundtable with Marvel Cinematic Universe (MCU) directors Anthony and Joe Russo, Jon Favreau, Joss Whedon, James Gunn, Ryan Coogler, Peyton Reed and Taika Waititi who reflect on how their movies contribute to the MCU’s larger storytelling adventure.

And for those who wish to catch up on their MCU history, select retailers are also offering bundled packaging as well as individual Digital and Physical releases of Marvel’s The Avengers and Avengers: Age of Ultron.

BONUS MATERIAL (may vary by retailer):