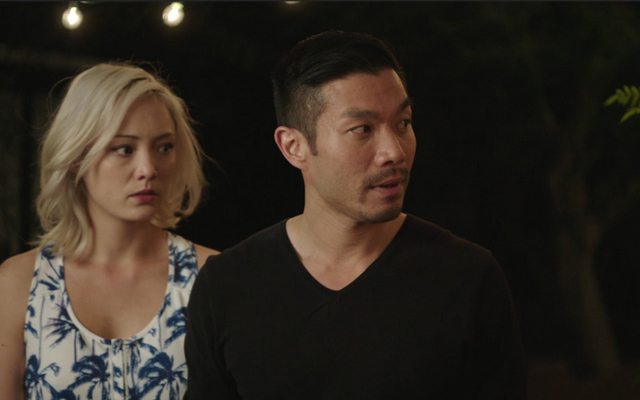 Like most anthology films, A.I Tales is a mixed bag. There’s some really good, decent and underwhelming efforts. Naturally the big question is if it’s worth the time investment?

A.I Tales lacks a connecting thread as the four shorts were shot as long ago as 2014 and as recently as 2017. That gives the film a very disjointed feel and lack of cohesion. It very much feels like watching four very different films that happened to be stitched together.

Two of the shorts likely could have been expanded to full length features. Another needed more time to play out its premise while the fourth failed to provide an impact payoff.

Easily my favorite was Phoenix 9 by Amir Reichart. That short featured a group of nuclear war survivors trying to find shelter in a scorched wasteland. The group has already logged 1,000 miles and is celebrating their mini milestone en route to a sanctuary. But the shelter they’re holed up in just might provide a far better option — and a catch they don’t see coming. 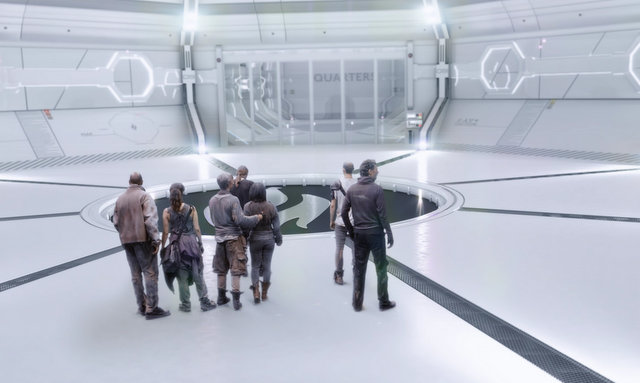 Of the four, Phoenix 9 seemed to have the biggest budget with some better than expected special effects and CGI work. Reichart smartly didn’t try to do too much and lets his cast efficiently convey their characters’ plight and various stages of desperation, hope and frustration. That makes for the big reveal even more surprising and satisfying.

Nelson Lee’s Seed was the other short that was highly effective. Nathan (Lee) has reached his 40th birthday and as tradition in this modern society, he must adhere to the culling laws and kill himself. That’s the way of life now and there’s no getting away from it so Nathan’s birthday party is also in effect his homegoing repast. Nathan questioned how effectively he used his 40 years especially when his ex, Cat (Pom Klementieff, Avengers: Infinity War), returns to say goodbye.

Lee doesn’t bother with trick cuts and gimmicks. He lets the somber tone of the story and the unpredictability sell the story. I wanted more from this one whether leading up to Nathan’s final days to turning 40 or the fallout from his choice. This was a strong short I would have loved to see get another 10 to 15 minutes.

In/finite looks at the last days of Jane (Ashley Mundy) who’s returned home to spend time with her family and friends before going on a mission to Mars. At 22 minutes, this was the longest short. The acting was solid, but the splicing of Jane reminiscing on her visit and preparing to depart get distracting.

Redux clocks in at a brief nine minutes and features a scientist (Russell Bradley Fenton) sending a message across time before he’s killed by a mystery man (Eric Roberts, The Expendables) and his associates. Redux has a neat twist, but it ends just as it starts to get interesting.

A.I Tales has a theatrical run at the Black Box Theater in Los Angeles from July 13 to 19 and will also be available on Amazon.