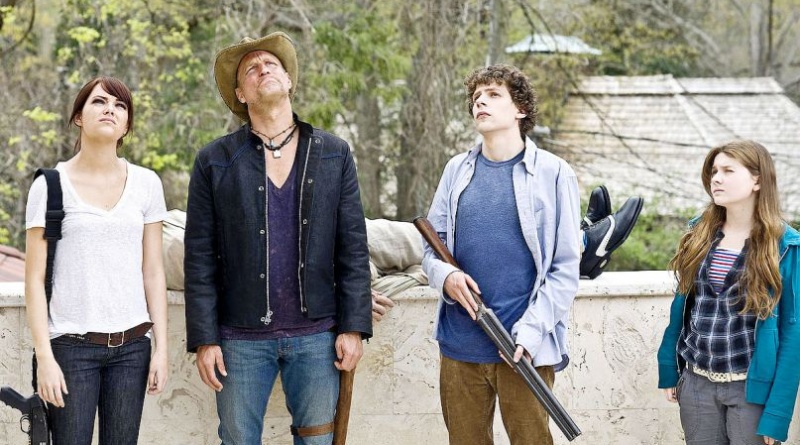 I love zombie movies, but the genre can get a little stale. That’s why Zombieland was such a treat when it was released in 2009. After some rumors and positive soundbites from the cast and filmmakers, the Zombieland sequel is official. Even better, the entire cast, director and writers are returning.

Not that she’s ever come off too good for anything, but I was worried Stone might be the holdout for the sequel. Her star status has definitely soared since the first film when she was simply on the rise. Stone is a Best Actress Academy Award winner (La La Land) and I was curious if a zombie action comedy might be beneath her status now. Fortunately that’s not the case and the whole crew will be back.

According to various reports, the Zombieland sequel will feature zombie slayers battling evolved zombies in addition to other human survivors.

Hopefully, this reunion of Harrelson and Eisenberg goes a lot better than Now You See Me 2. I loved the original film, but the magic was clearly gone for the sequel. I don’t think that will be the case with the Zombieland sequel, but you never know.

The film is set to be released October 2019. Ten years is a long time between installments, but I think it’ll be worth the wait in this case. What do you think of the news?