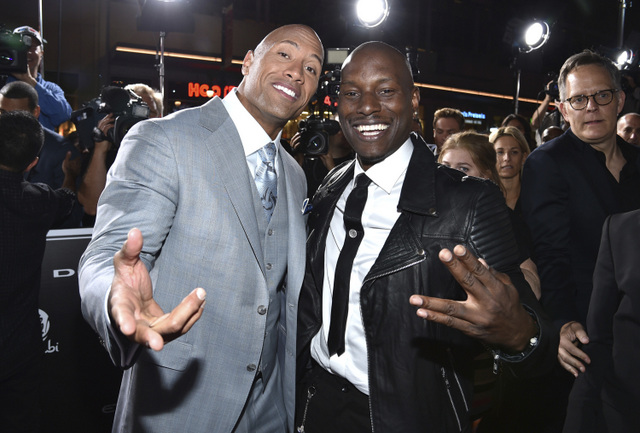 What’s beef? For Dwayne ‘The Rock’ Johnson that’s not how he would describe his situation with Fast and Furious franchise co-star Tyrese Gibson.

Gibson infamously blasted Johnson for agreeing to appear in the franchise spin-off Hobbs & Shaw alongside Jason Statham before Fast 9.

While promoting his new film, Skyscraper, during ‘Watch What Happens Live With Andy Cohen’ show, Johnson told a caller his thoughts on Gibson’s issues.

‘That whole thing with Tyrese, it was pretty disappointing because I had been friends with Tyrese for a very long time,’ Johnson said. ‘I always feel like a beef requires two people to actually jump in it, and it was pretty one-sided, and he had voiced his opinion a lot on social media.’

Johnson went on to say that his friendship with Gibson is pretty much over.

‘Apparently, he was going through some stuff, too, in his personal life,’ Johnson said. ‘But, no, we haven’t talked and I don’t see where we would and, to me, there’s no need to have a conversation.’

Johnson said he’s also unsure of his role in the larger Fast and Furious franchise. Like the rest of us, he’s apparently got little information on Fast 9, which is slated for April 10, 2020.

‘Will I be in Fast 9? I’m not quite too sure,’ Johnson said. ‘I think they’re still working on that script now. So I don’t know, kind of up in the air.’

Considering Johnson’s reported feuds with co-stars Gibson and Vin Diesel some hard feelings are probably going to have to be worked out before all three share the screen again.