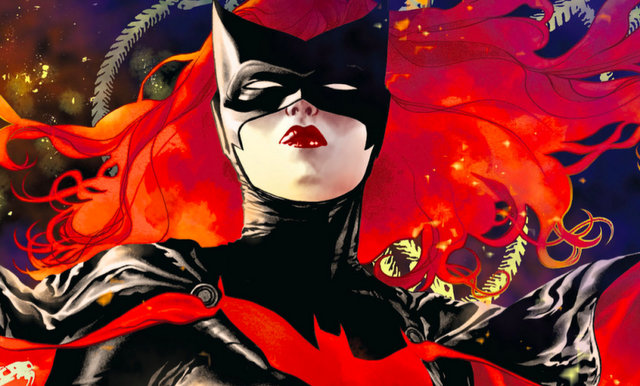 The CW could potentially get even more crowded come 2019 as a Batwoman series is in development.

Arrowverse executive producer Greg Berlanti is working on a script for a show featuring Kate Kane, according to EW.

Batwoman is set to make her Arrowverse debut in the annual Arrowverse crossover. This year’s crossover won’t be as big as DC’s Legends of Tomorrow is sitting this one out. That’s an interesting move as Legends tends to be one of the Arrowverse most popular shows. This will make Batwoman’s introduction easier with less characters to play off of, but it seems like a missed opportunity not to go the obvious Arrowverse route of having Sarah Lance hook up with Batwoman.

The show tagline describes Batwoman as ‘an out lesbian and highly trained street fighter primed to snuff out the failing city’s criminal resurgence.’ One big problem? How the show will handle the absence of Batman. Supergirl constantly struggles trying to explain why Superman doesn’t come to help his overwhelmed cousin when Martian Manhunter, the Legion of Super Heroes and Super Alex are outclassed.

Not gonna lie here as I’m getting worried that the further expansion of the Arrowverse will create greater quality problems for the existing shows. The Flash had easily its worst season while Supergirl’s just completed third season really went off the rails. Arrow’s sixth season never truly found its way. Black Lightning was spared a similar fate thanks to a shorter episode count and no direct ties to the Arrowverse.

But Batwoman would mark the sixth Arrowverse show on the CW. At some point, oversaturation starts to occur especially with every Arrowverse show featuring the same format of hero working alongside a plucky tech genius, father figure mentor, friends who also become superheroes and forced relationship drama.

I like Batwoman and think she’s a great choice to headline a show, but I’m not ready to see her get the Arrowverse treatment. A Batwoman series on Netflix or on DC Universe sounds far more interesting.

What do you think? Excited about seeing a Batwoman series or wondering how this will play in the Arrowverse?