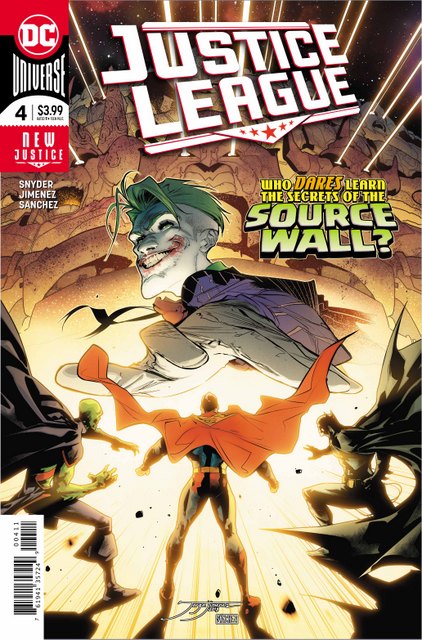 It’s not always easy coming up with formidable opponents to battle the Justice League. That was one of the biggest problems with the previous Rebirth run of Justice League — the villains never truly felt especially threatening.

Scott Snyder has ensured that’s not going to be an issue with his first arc. The Legion of Doom is an immense challenge and with their plans completely unveiled, the JL might need to start dialing up some reserves.

Snyder is wonderfully creative and the scenarios like Batman and Lex Luthor battling in Superman’s body seem outlandish, but work. Like the classic Justice League stories, Snyder has the team split into subgroups to tackle problems on various fronts. It’s such a fun throwback to the team’s original concept and with the threat level so high it feels like watching the team go from one fire to the next.

Jorge Jimenez’s artwork continues to dazzle as he’s in his prime and delivering some of the best art in DC right now. Jimenez is capturing that epic feel readers should get when reading Justice League and the issue is filled with some astonishing pages.

Justice League hasn’t come close to disappointing yet. This book hits all the sweet spots from its early days the anything goes Grant Morrison style and top tier lineup from the Geoff Johns era. Justice League has quickly ascended to the role of DC’s flagship title and looks to firmly keep that spot locked up for the foreseeable future.