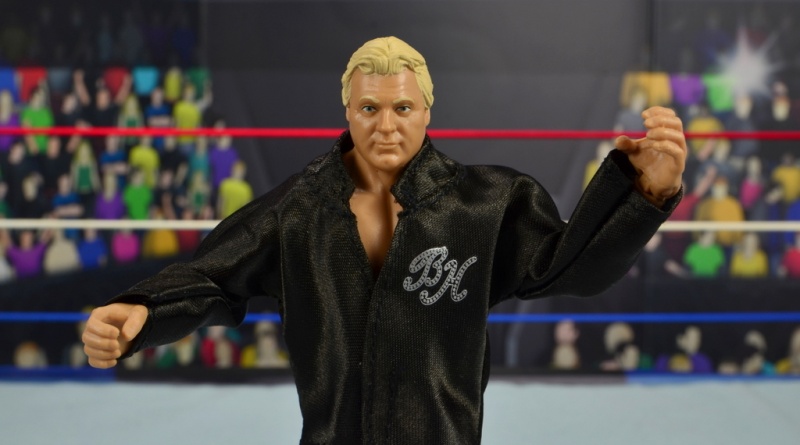 In figure collecting just like in life you sometimes need a little help from your friends. With Toys R Us conducting its going out of business sales, I was rapidly losing hope of finding the TRU exclusive WWE Fan Central Bobby The Brain Heenan figure.

As much as I loved the Heenan Family pack figure, that was more of a special outfit and not his standard attire. The Fan Central figure was vintage Brain, but all my TRUs had in stock were Tugboats and Charlotte Flairs. Thankfully my pal Vee Bee on The Fwoosh picked up one for me so my collection has its definitive version of Heenan. Onto the review.

Packaging:  Mattel doesn’t make collecting boring even for MOC collectors. I appreciate the effort to make various lines stand out even using the same basic packaging scheme. I can’t help but get a Fall/Halloween vibe from these color choices with the orange, yellow and black. I like it a lot as it’s unlike anything else Mattel has used before.

As usual, Mattel puts more effort into the non-standard Elite bio with all the write-up they need to explain Heenan’s vital role in wrestling and his various champions.

In a nice touch, Mattel added the runner up choices that fans had the option of choosing. Maybe because we got the Heenan that I voted on, I really liked the Fan Central way to get figures and hope Mattel continues it with a new retailer.

Likeness:  Mattel nailed Heenan’s likeness with its first take. There was no need to change it up as it captures all the arrogance and self-confidence The Brain had in himself and all of his charges. 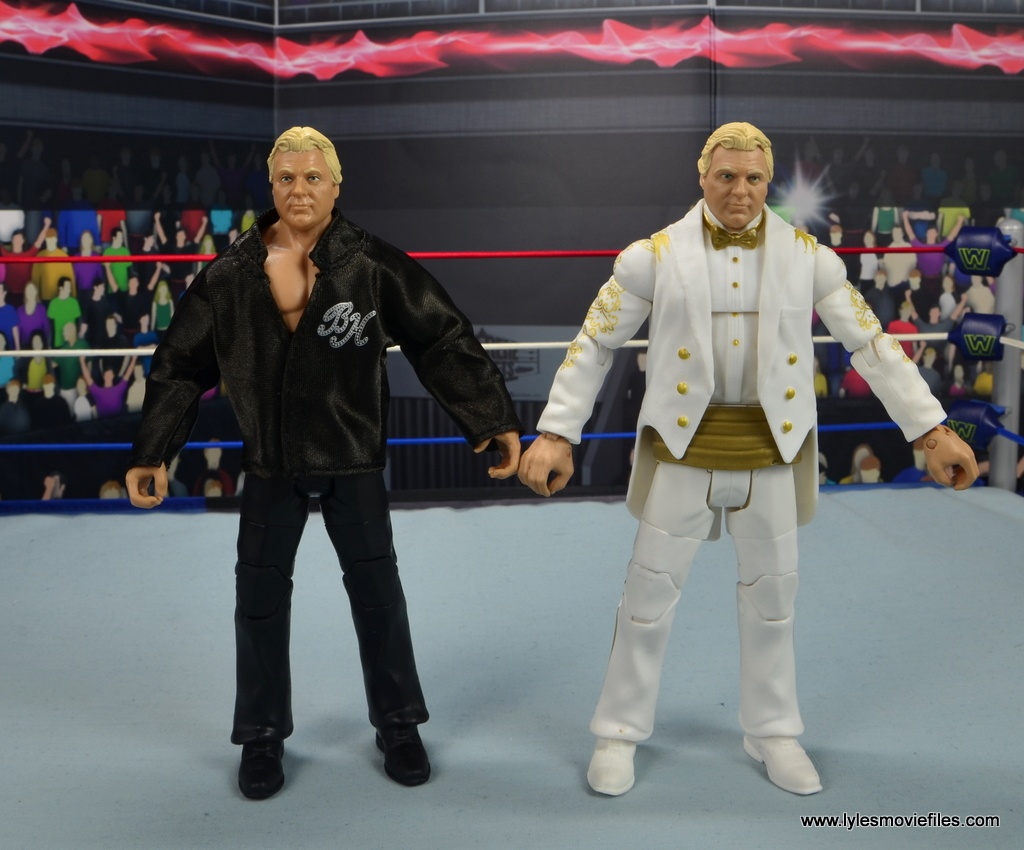 For reasons that I think are more than just costs, Mattel doesn’t opt to do cloth jackets, robes and shirts enough for my liking. It’s hard to see why that’s such an issue when I look at the job on The Brain’s windbreaker. It’s just a tad oversized, but not nearly enough to look bad and it has a far more natural look than if Mattel sculpted a jacket. And it doesn’t make Heenan look unnecessarily buffer than he should be either.

I also like how it captures that unzipped look Bobby had when wearing this attire. 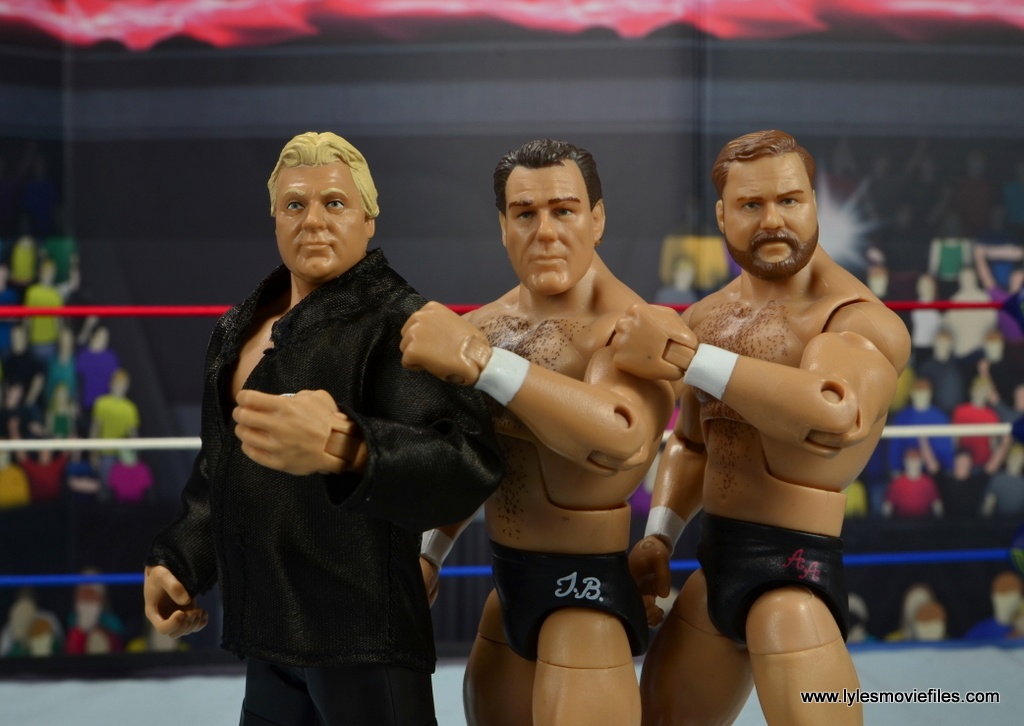 Scale:  Bobby Heenan was 6 feet, which means he’s definitely looking up at the 7’4” Andre the Giant and 6’7” Hulk Hogan while being eye level with Paul Orndorff. 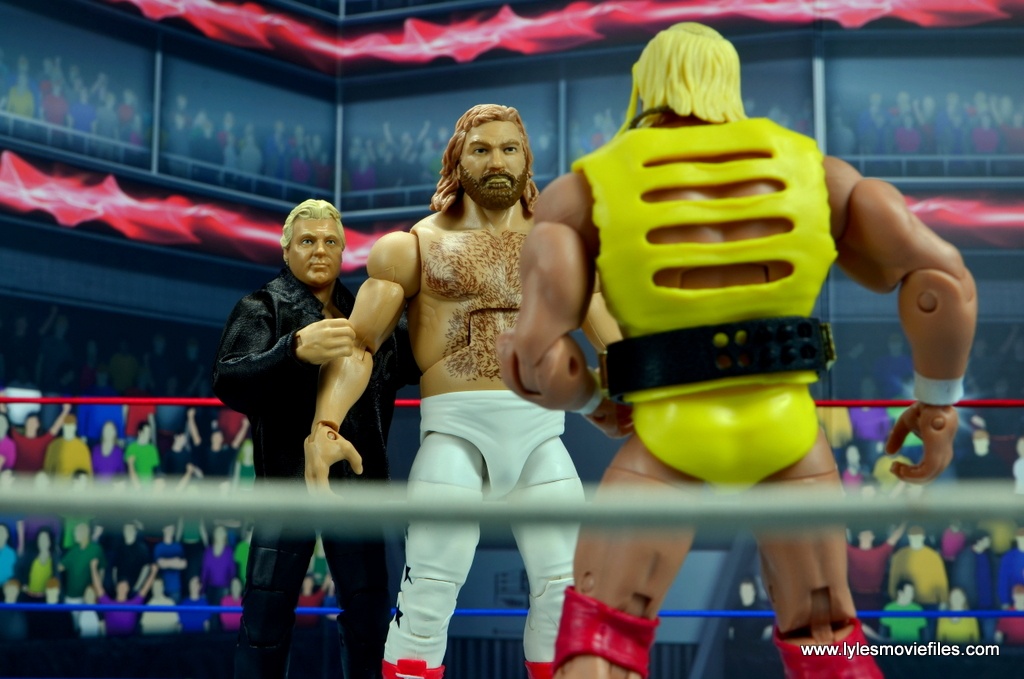 Paint:  There’s not much by way on this paintjob. Bobby’s hair color looks better than a lot of blonde paintjobs and there was no problem on the face applications.

Articulation:  Bobby doesn’t need to do more than throw the occasional cheap shot and get pummeled by The Hulkster. This figure’s articulation allows for all of that and a bit more if you want to have The Brain get more physical in the ring. 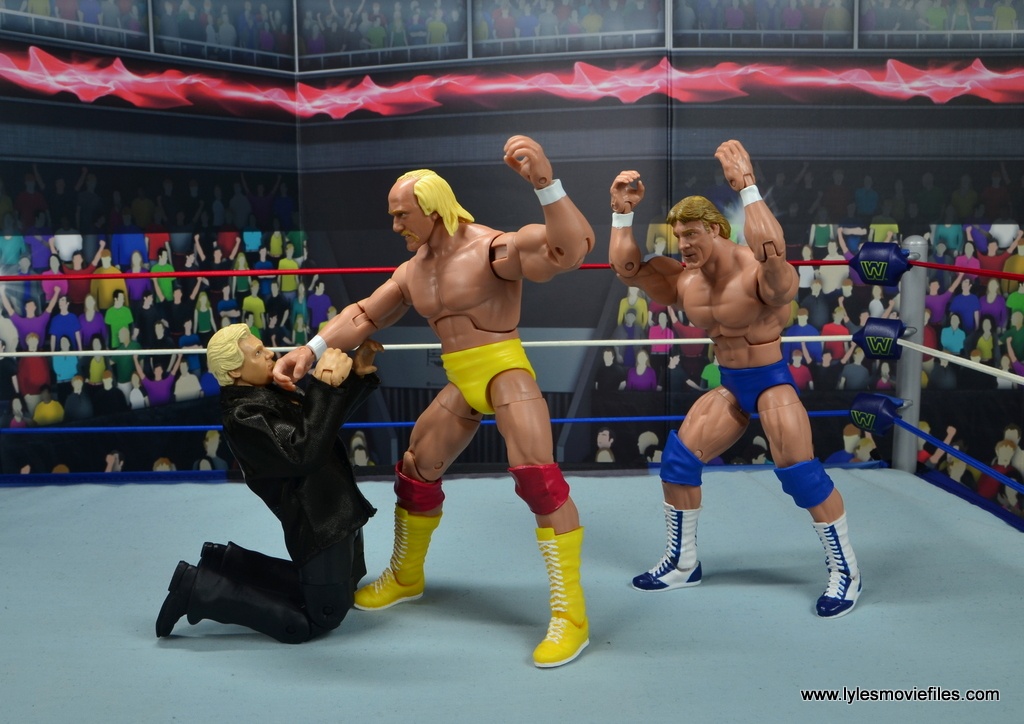 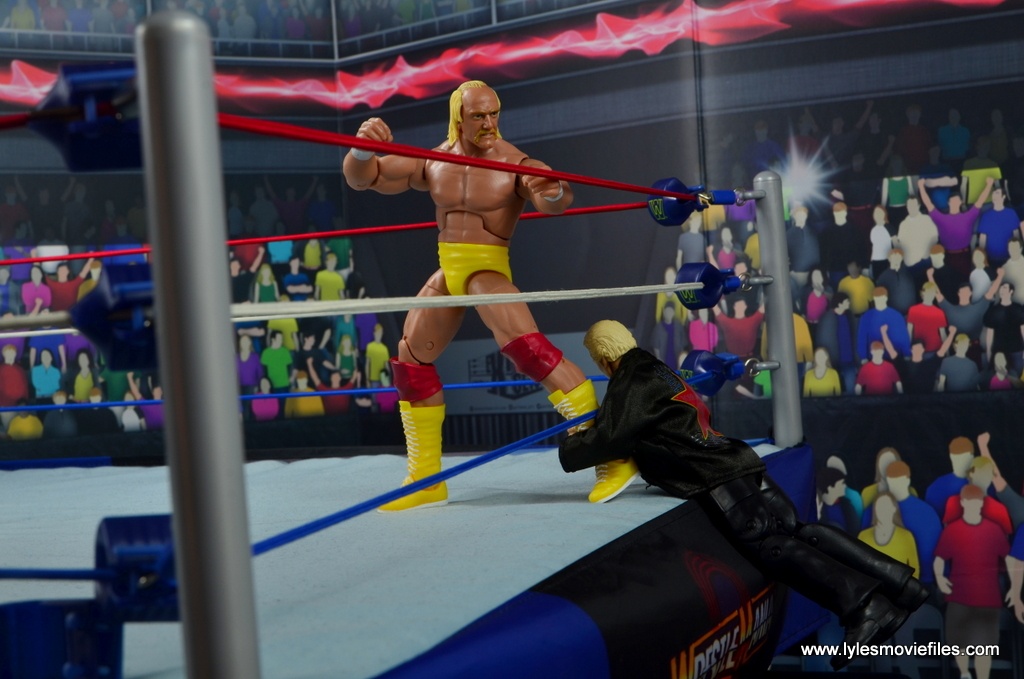 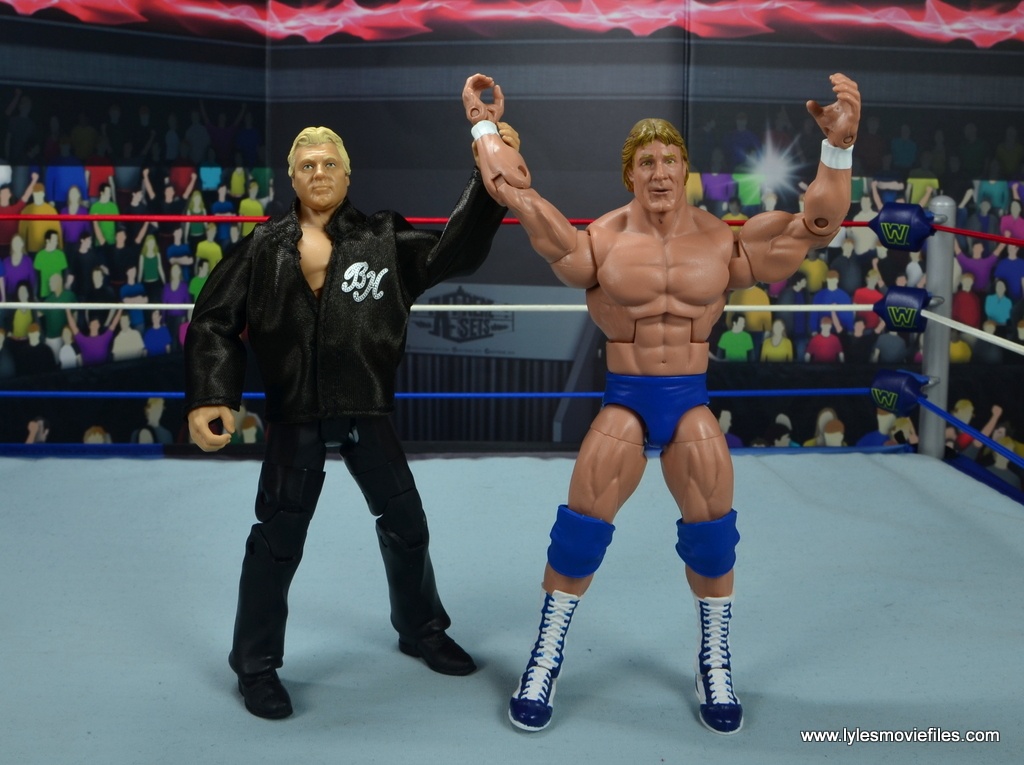 Accessories:  Heenan’s accessory is his windbreaker. That’s kinda lame in the sense that this is part of his outfit, not just ring wear. This would have been a great opportunity to throw in a steel chair or a microphone. 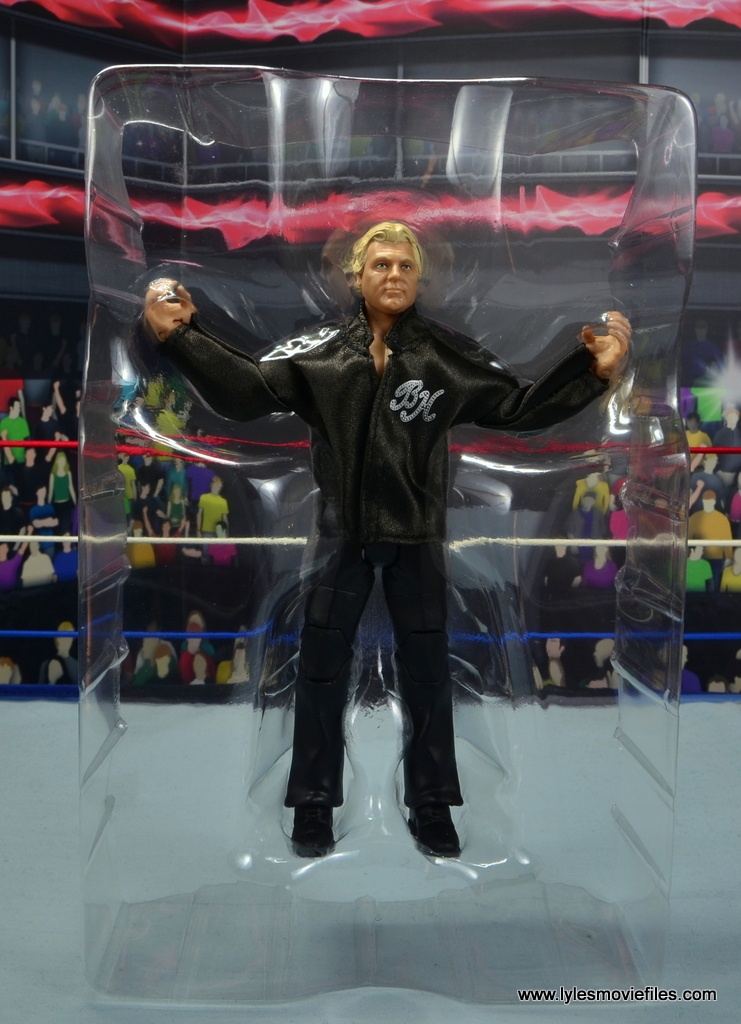 It’s a small complaint and Bobby is probably the one guy in this wave that could come with no accessories and Mattel being able to get away with it. 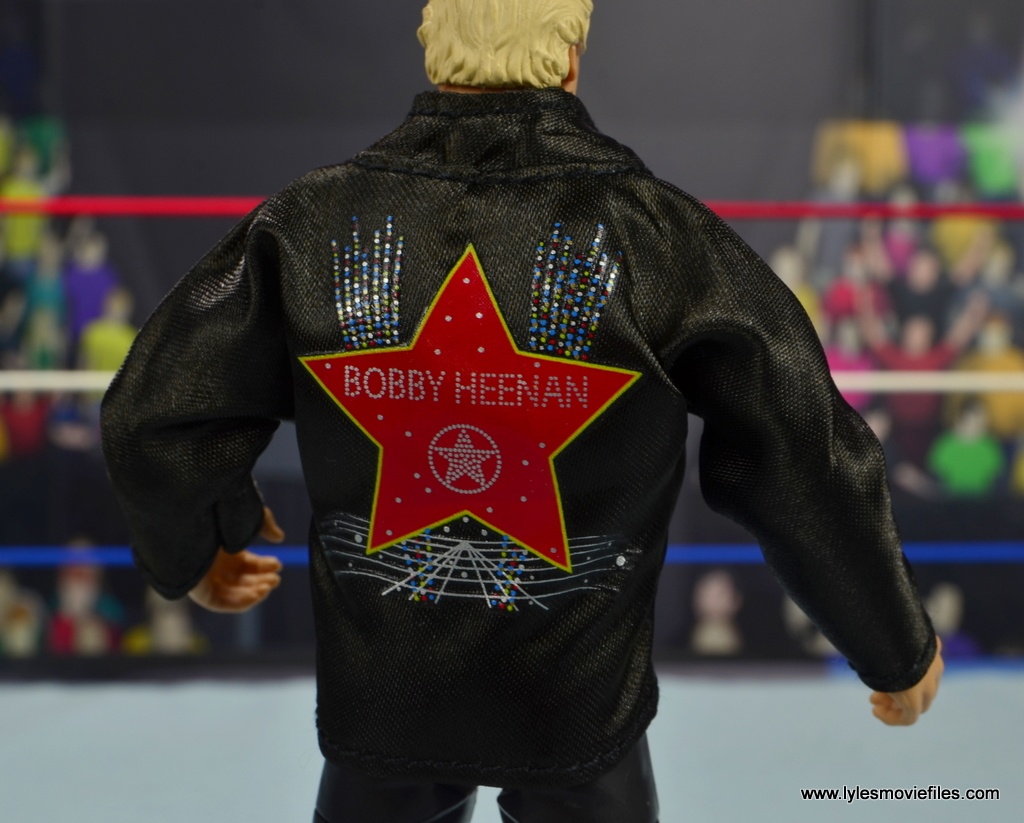 The quality on the windbreaker is very impressive though with some intricate sparkles and detailing. This kinda kills Mattel’s argument that they can’t put this level of attention onto cloth attire. Equally impressive is Mattel sized the jacket properly so it hangs on the body nicely.

Worth it?  Since I had to phone a friend, this was just a few dollars more than the retail $20 price. But good luck finding it for under $30 if your TRUs haven’t restocked. This is one you might want to either hound your local TRUs or beg someone in another state to get for you ASAP before the scalpers try to pay for their vacation with this one.

This was the iconic look for The Brain during his heyday. Mattel could have only topped this by adding a red coat like they did Mean Gene. 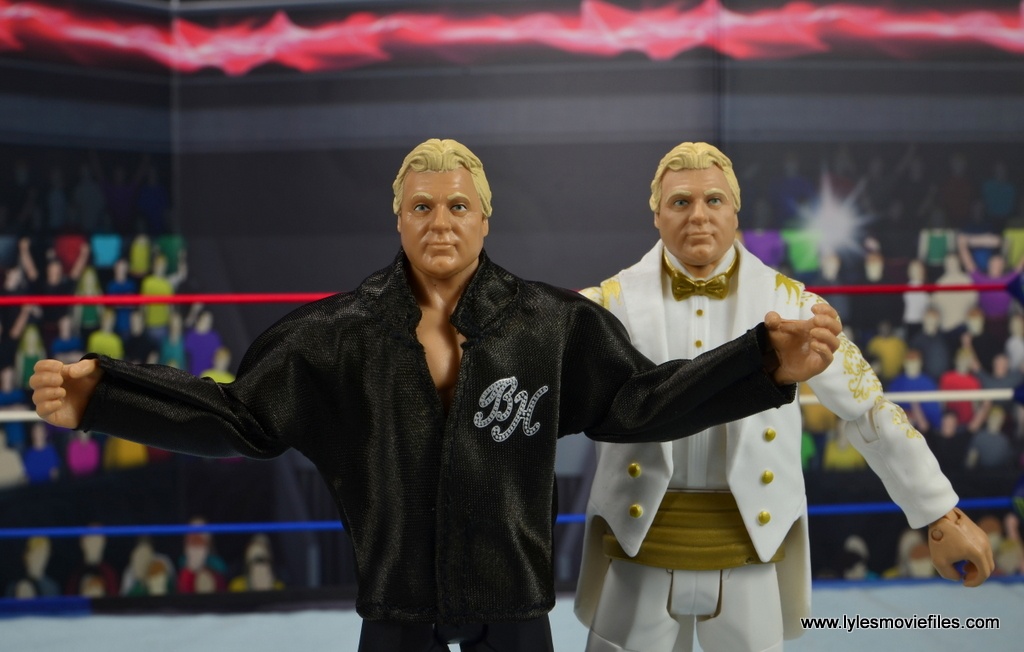 Where to get it?  WWE Fan Central was exclusive to Toys R Us, but you can find him on Amazon.com through secondary sellers.