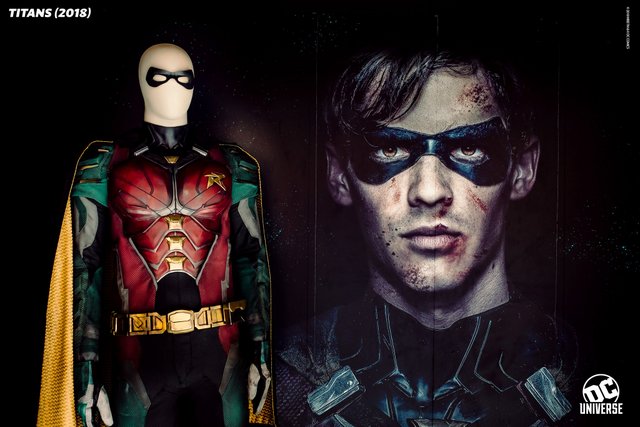 This definitely isn’t your old school Titans. That was my initial impression after catching this first Titans trailer. There’s a lot of blood, darkness and even a F*** Batman.

Here’s the synopsis, including the dreaded g-word:

Titans follows young heroes from across the DC Universe as they come of age and find belonging in a gritty take on the classic Teen Titans franchise. Dick Grayson and Rachel Roth, a special young girl possessed by a strange darkness, get embroiled in a conspiracy that could bring Hell on Earth. Joining them along the way are the hot-headed Starfire and loveable Beast Boy. Together they become a surrogate family and team of heroes.

Keep in mind this is just the first Titans trailer so maybe this is just a highlight reel to show off the action. And maybe the show will be a lot less gloomy. I know right away that I’m gonna need Robin to be more Dick Grayson than Bruce Wayne.

What do you think of the Titans trailer?