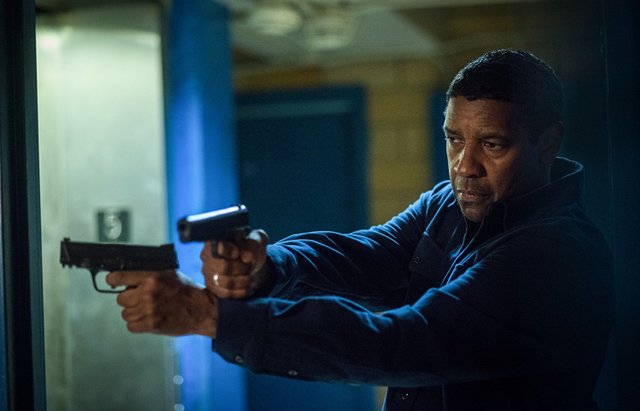 The Equalizer 2 marks the first sequel in both star Denzel Washington and director Antoine Fuqua’s careers. Over the years, both have worked on films that definitely had sequel/franchise potential. It says a lot then that they decided The Equalizer 2 was the film worth ending their streak. By the time the film concludes, I’m hoping they’re willing to make a second exception to release a third installment.

In a lot of ways, The Equalizer 2 reminds me of The Raid: Redemption and its sequel The Raid 2. The first film featured incredible action sequences with a decent, if not memorable plot. The sequel surprised thanks to a compelling story to go along with the crazy action. Bottom line fans of The Equalizer should love its sequel, which could easily win over some new converts as well.

Washington reprises his role as Robert McCall, a man with a uniquely precise set of skills. Still largely aimless, Robert does his part to help others in his fitting new gig as a Lyft driver. Whether listening to a talkative Holocaust survivor (Orson Bean) or getting payback for a rape victim, Robert stays vigilant. A Lyft driving vigilante makes for a strong premise. Returning screenwriter Richard Wenk adds a personal touch to the sequel. 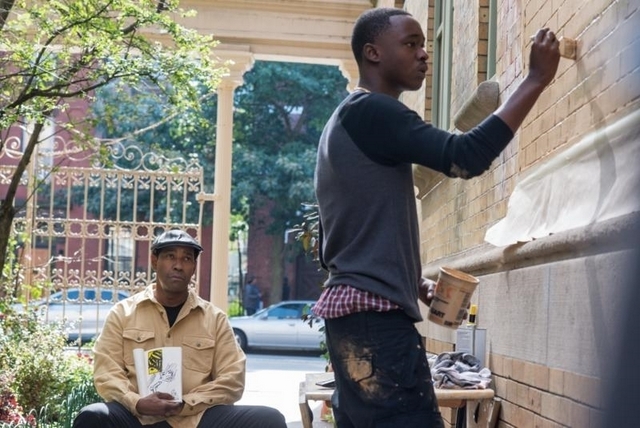 Robert isn’t the most outgoing guy, but he is a good and attentive neighbor. He diligently fixes the vandalized garden of one fellow tenant (Sakina Jaffrey) and takes an interest in guiding teen Miles (Ashton Saunders, Moonlight) from heading down the wrong path. And every so often he catches up with his CIA pal Susan (Melissa Leo) and Brian Plummer (Bill Pullman).

After learning something they shouldn’t, one of his friends gets killed. With the help of his fellow former agent, Dave York, (Pedro Pascal, Kingsman: The Golden Circle), Robert begins a methodical investigation to avenge his friend.

Washington has some very strong scenes with Leo and Saunders, who is quickly establishing himself as a star on the rise. Pascal continues to shine in his post Game of Thrones roles. He’s one perfect gig away from becoming a major star. Until then, he’s assembling an enviable body of work. 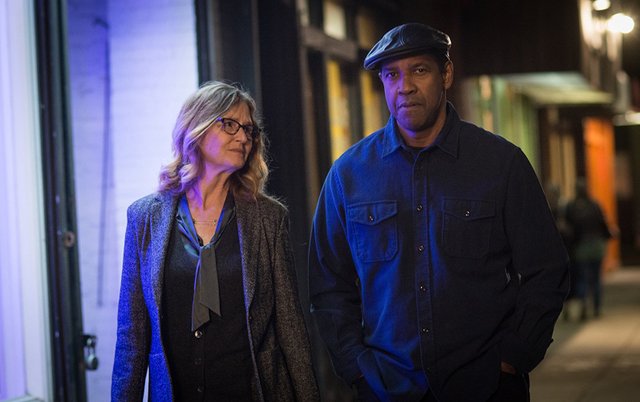 Fuqua wisely doesn’t repeat all his greatest hits from the first film. This is a sequel, not a rerun after all. It’s the smart move as he’s got plenty of creative ways to stage action sequences. The film’s climactic battle takes place in an evacuated town in the middle of near hurricane like conditions. It’s an incredible battleground and the cinematography is breathtaking.

It’s safe to say Fuqua is seriously underrated as one of the better action directors of his generation. He has a clear sense of how to stage the fight scenes and make the audience fully appreciate the carnage. He doesn’t shy away from the violence, but doesn’t indulge in it either.

At just over two hours, the film would be a slog with an abundance of fight scenes. Fuqua efficiently uses the action to keep the audience on edge without getting too comfortable in the combat. It doesn’t hurt to showcase one of the greatest actors of all time either. 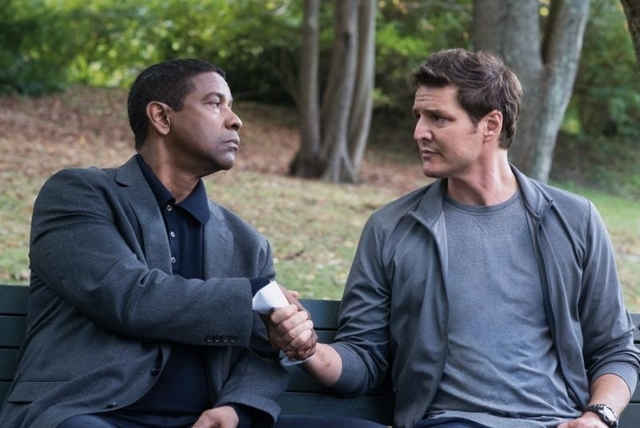 Perhaps it’s cliche to say that this is yet another dazzling performance from Washington. I’m not sure what the breakdown of fall movies are for 2018, but Washington’s multilayered performance could make him a fringe candidate for award consideration.

It’s easy to see why Washington was willing to reprise the role as Robert is a great character. He’s got a sense of community despite being a loner, wants to help others and is a bad dude.

That final element is what sets The Equalizer 2 apart from most of Washington’s roles. The setup doesn’t require him to be a 20-something action hero and his efficient movement is more impressive anyway. 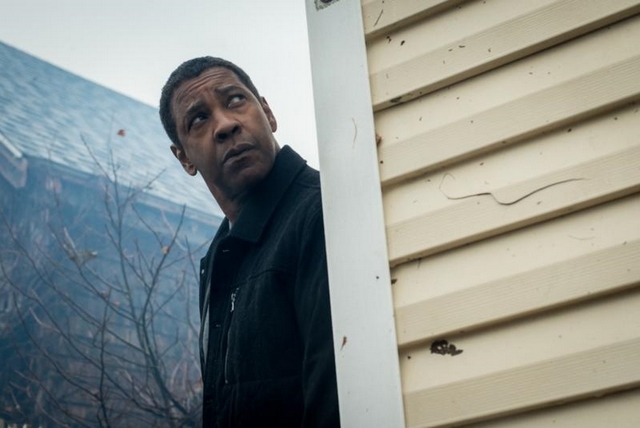 Washington hasn’t been the kind of actor to look back and settle into a role or genre, but there’s something about this character and collaboration with Fuqua that keeps delivering. The Equalizer 2 is exactly the kind of sequel fans want and then some. Now let’s start talking the third film…