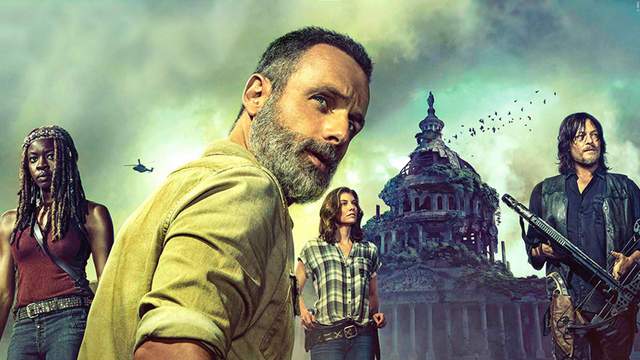 There’s way too many trailers and too little time to write a separate post about all of them. Instead, here are some of the standout trailers from this weekend at San Diego Comic Con 2018 from Aquaman to The Walking Dead.

I’ve gone from being sort of interested in this film to really looking forward to it. Amazing what a competent trailer and comic inspired designs will do for a film.

From Warner Bros. Pictures and director James Wan comes an action-packed adventure that spans the vast, visually breathtaking underwater world of the seven seas, Aquaman, starring Jason Momoa in the title role. The film reveals the origin story of half-human, half-Atlantean Arthur Curry and takes him on the journey of his lifetime—one that will not only force him to face who he really is, but to discover if he is worthy of who he was born to be…a king.

This was one film I’ve been telling anyone who will listen could be another major turnaround film for Warner Bros. if they do it right. And from the first trailer, it looks like WB is doing just that in playing up the fun of the concept and not worrying about being overly serious and edgy.

We all have a superhero inside us, it just takes a bit of magic to bring it out. In Billy Batson’s (Angel) case, by shouting out one word—SHAZAM!—this streetwise 14-year-old foster kid can turn into the adult Super Hero Shazam (Levi), courtesy of an ancient wizard. Still a kid at heart—inside a ripped, godlike body—Shazam revels in this adult version of himself by doing what any teen would do with superpowers: have fun with them! Can he fly? Does he have X-ray vision? Can he shoot lightning out of his hands? Can he skip his social studies test? Shazam sets out to test the limits of his abilities with the joyful recklessness of a child. But he’ll need to master these powers quickly in order to fight the deadly forces of evil controlled by Dr. Thaddeus Sivana (Strong).

We’ve got a time jump in store for Andrew Lincoln’s final season. The pressure seems like it’s on for this season to deliver as ratings started to plummet and fan interest seemed to be waning. Can this season turn the tide? We’ll find out soon enough.

One of my all-time favorite cartoons returns for a third season that looks to deliver everything I’ve wanted included Darkseid.

Arrow had some real ups and downs last season, but ended on a strong enough note that I’m optimistic about Season 7. The first glimpse is encouraging if for nothing else than Oliver is sporting an honest to goodness blonde goatee. This is something so basic to the character and hadn’t been done I wondered if we’d ever see it. I’m pretty sure I’ve figured out the mysterious Green Arrow, but this will be an interesting mystery. And not killing off Diaz last seasons means he can return to cause problems.