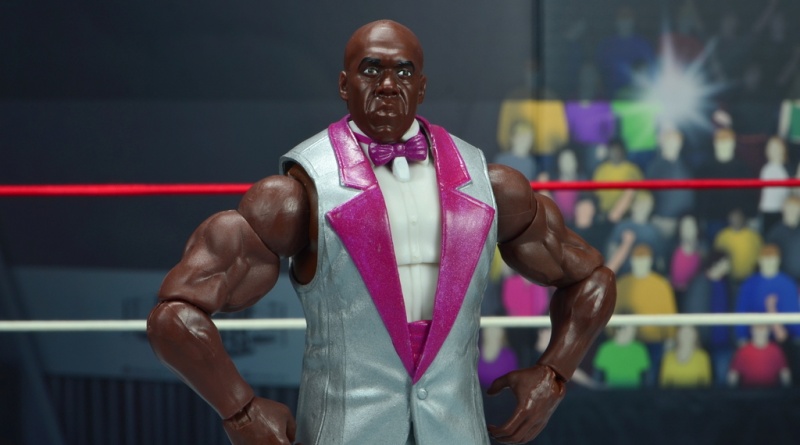 Maybe his convention exploits have made him a laughingstock in the wrestling community, but Virgil is one of the more important supporting players of the late 1980s WWF scene. As the bodyguard to Ted DiBiase, Virgil was a sufficiently stoic figure who added extra credibility to The Million Dollar Man’s pompous shtick. Sure, he’s meme fodder now, but Virgil was one of the characters I’ve been anxious for Mattel to finally tackle. Let’s see if they delivered.

Packaging:  On the six-inch front, I’m not sure I can think of a better package job this year. I know this wouldn’t be cost effective, but I love these specialized packaging and the effort Mattel puts into them.

For this Network Spotlight figure, Mattel went with a gold color scheme and background elements to suggest the plating of The Million Dollar Belt. The back packaging might be the most clever they’ll ever come up with however. Virgil is a regular on the wrestling convention circuit and Mattel creatively set this up like a booth with the bio doubling as his convention sign. I love the creativity here. 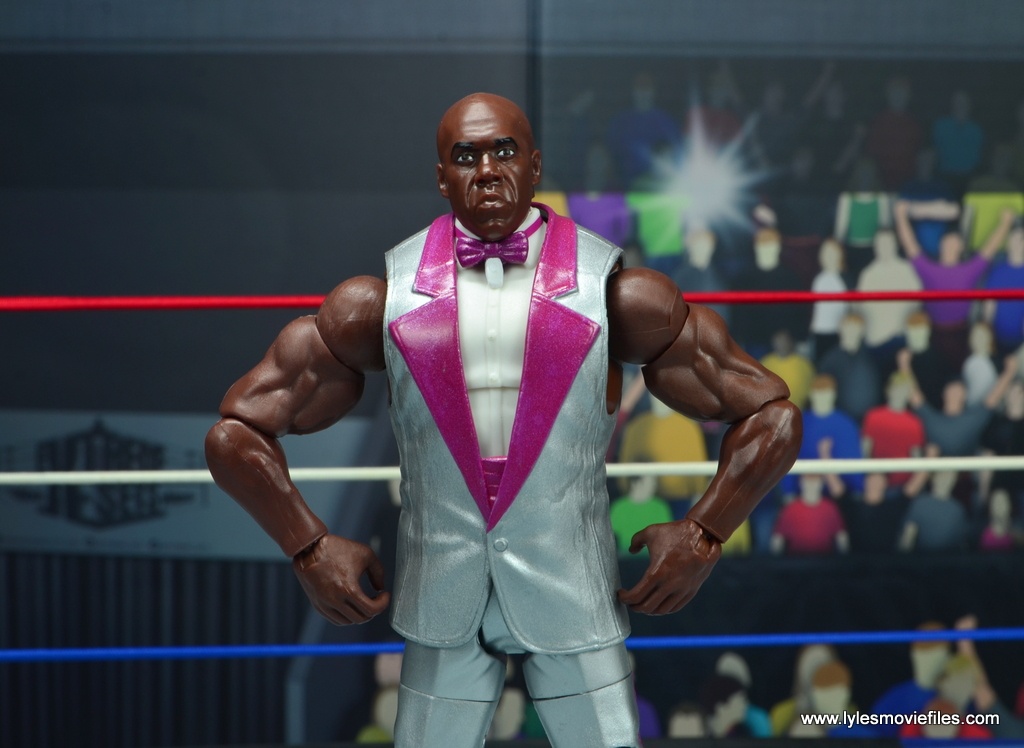 Likeness:  For a couple of reasons related to the paint, the likeness seems a bit off. Upon closer inspection, the likeness especially the stern expression is dead on. There’s something off about the bow tie. Mattel didn’t make a dedicated bow tie sculpt and instead appeared to have added an entirely new piece on the shirt. This hinders articulation somewhat and otherwise just looks really weird. 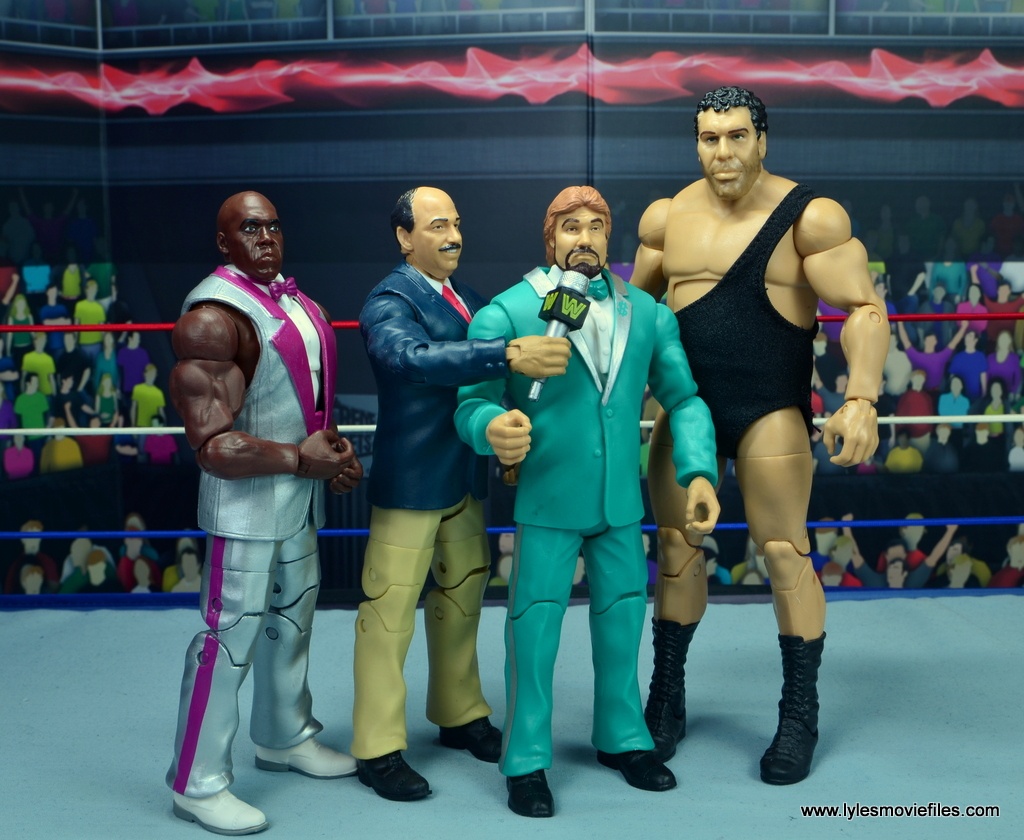 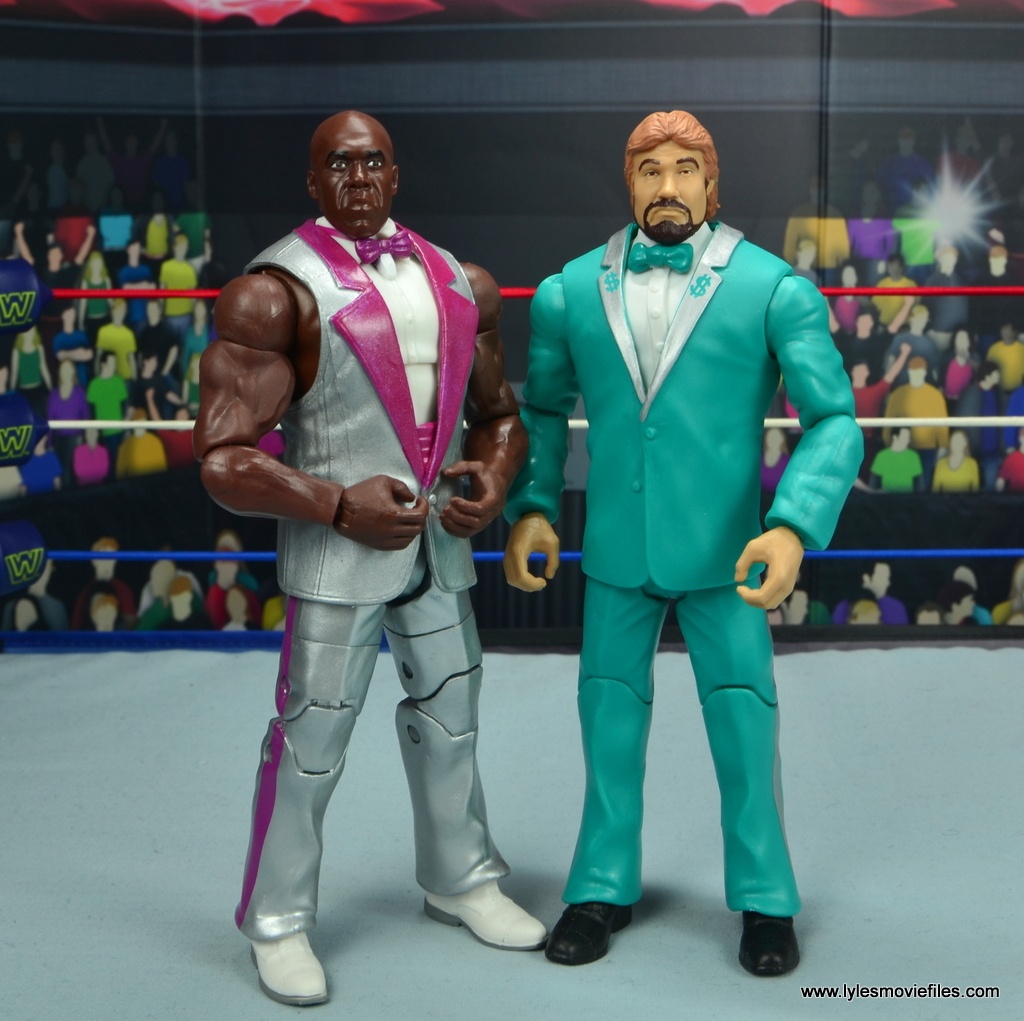 Scale:  The ironic thing with DiBiase and Virgil was the bodyguard was noticeably shorter than his client. Virgil is 5’11” to DiBiase’s 6’3”. Virgil is about the same height, but it’s too much to ask that Mattel would come up with an entirely new mold just for Virgil. 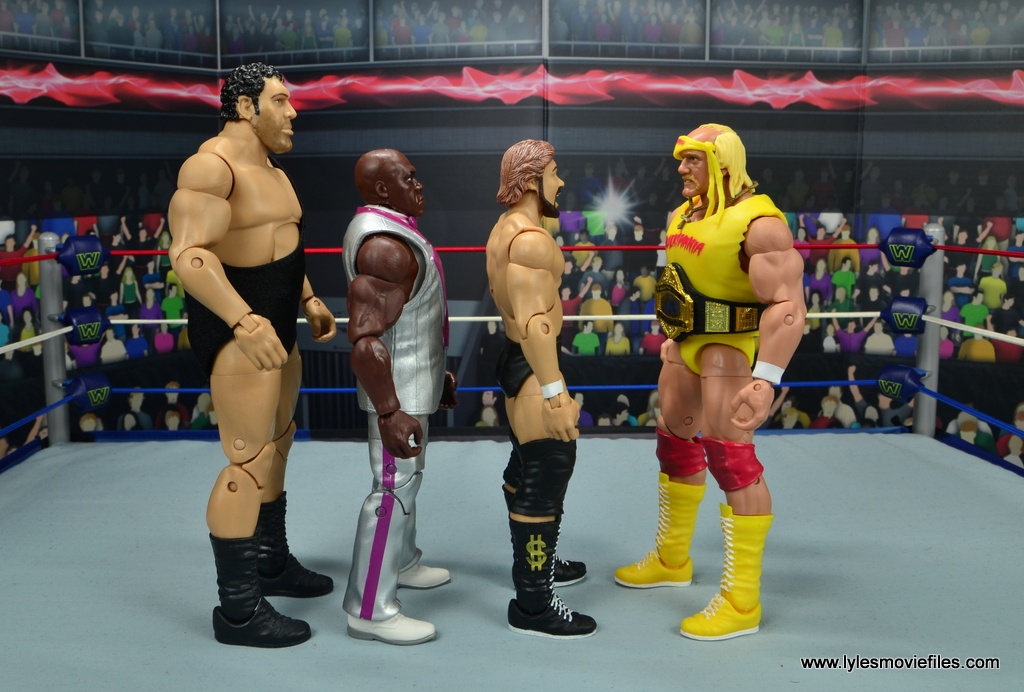 Paint:  Virgil’s skin tone is about a half shade too dark. It’s not at the egregious level of the Ron Simmons figures and is more off like Roman Reigns figures. Making the skin too dark however does prevent Mattel from accurately painting Virgil’s hair. His hair was short, but he wasn’t bald at this point. That’s more accurate for an n.W.o. Vince, which is hopefully coming along as well as a wrestler Virgil figure.

The outfit paint job looks great. Mattel used a metallic silver to capture the shiny outfits DiBiase and Virgil wore. The trim on the vest and pants is sharp. Mattel typically does outstanding work with the paint job and this is no exception. The metallic silver really helps Virgil pop. 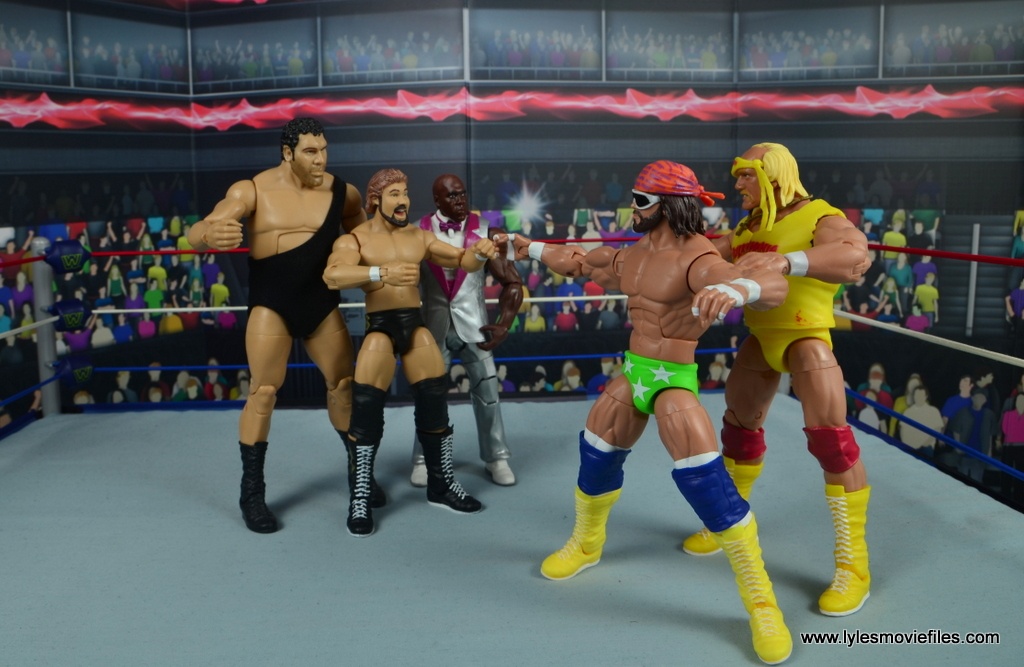 Articulation:  Due to the Elite articulation model, Virgil can’t do his most iconic arms crossed pose. That’s a little disappointing, but I wouldn’t expect Mattel to completely change up the articulation for Virgil. 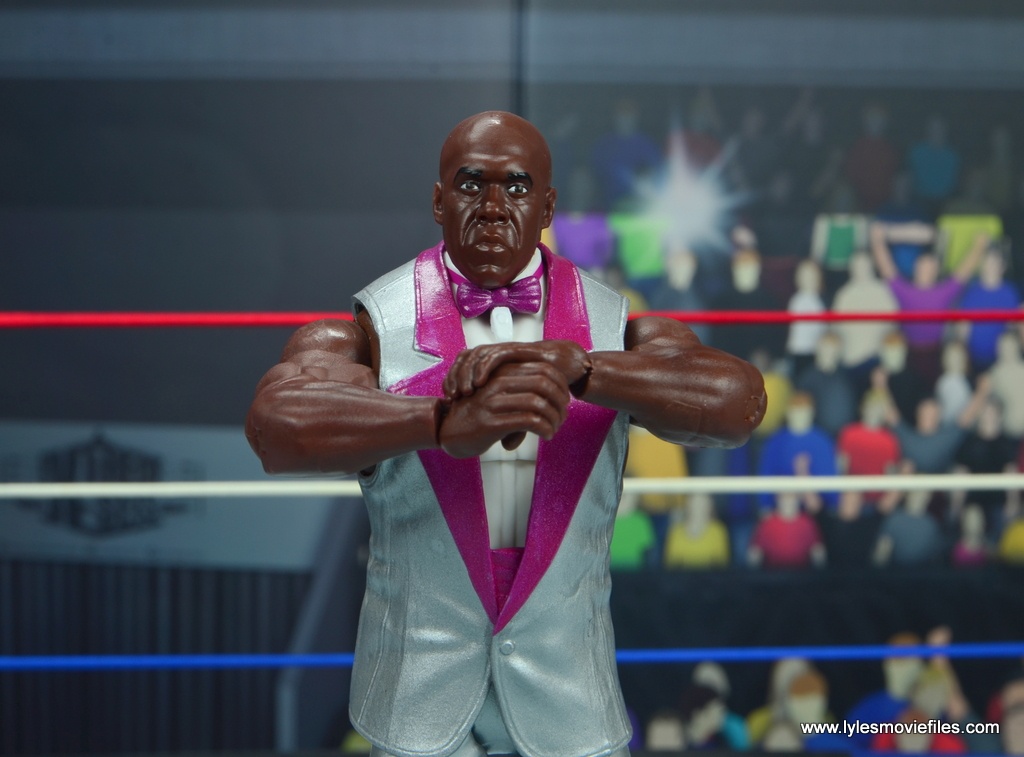 Like I mentioned earlier, the neck up and down movement is restricted somewhat thanks to the goofy bow tie. In all other areas, Virgil is fine articulation-wise and can fully help give The Million Dollar Man the advantage in his matches. 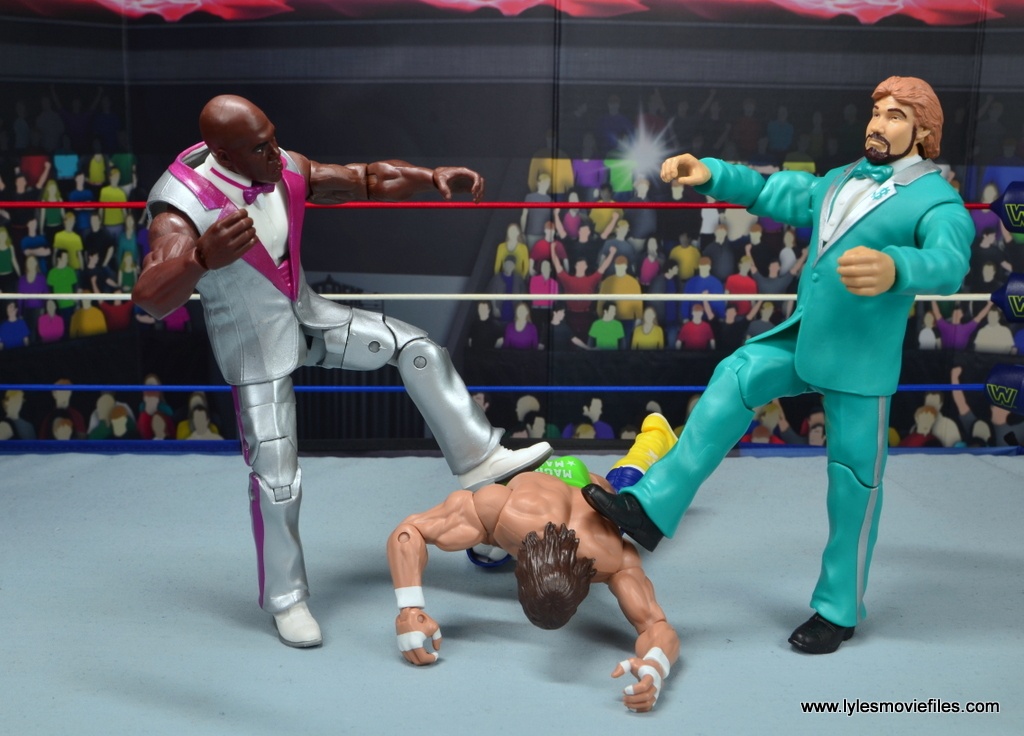 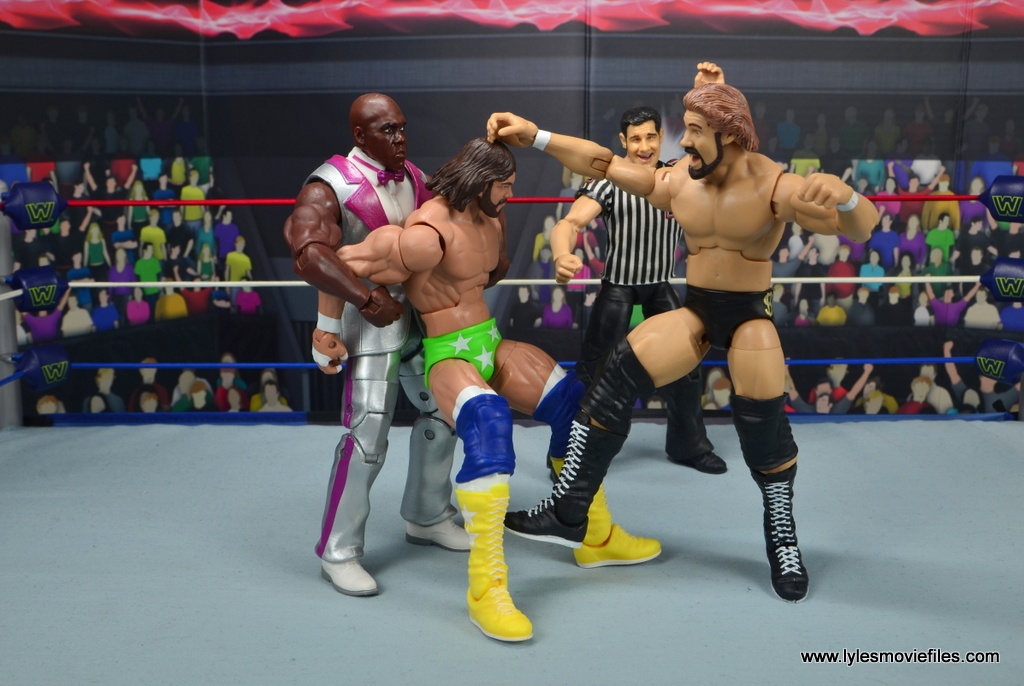 Accessories:  For laughs, he comes with the convention sign. That’s a cute meta accessory, but I’d rather Mattel made a fan style wad of cash that Virgil could hold. That was more of a common sight with Virgil. 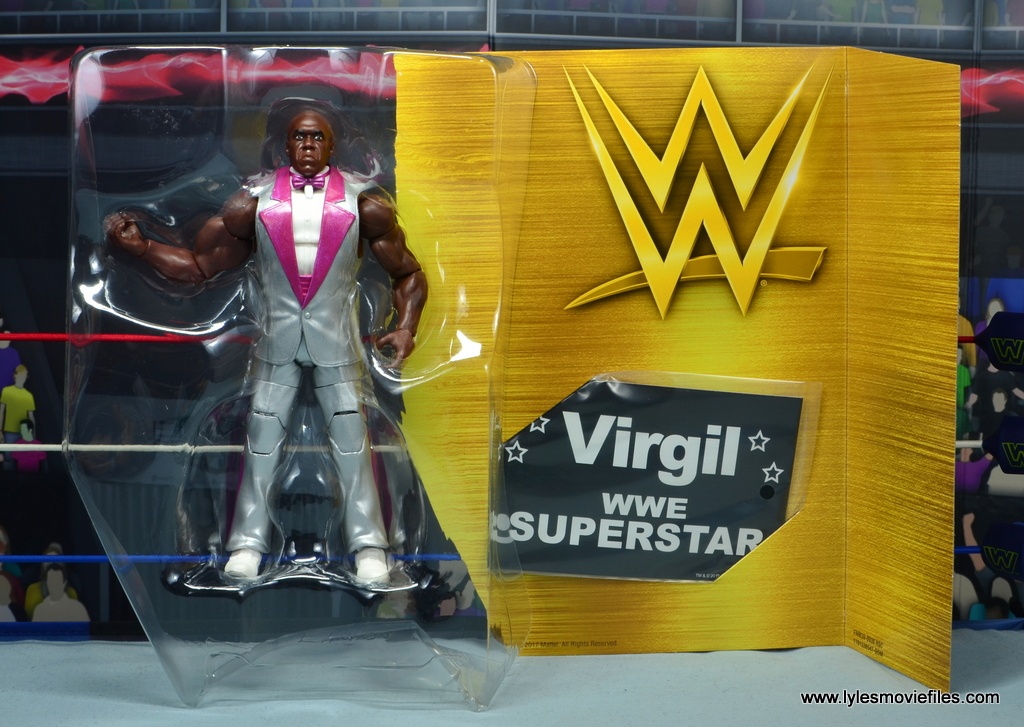 Worth it?  Thanks to a great sale, which is still ongoing, I got Virgil for only $16. I love getting these figures for under $20. 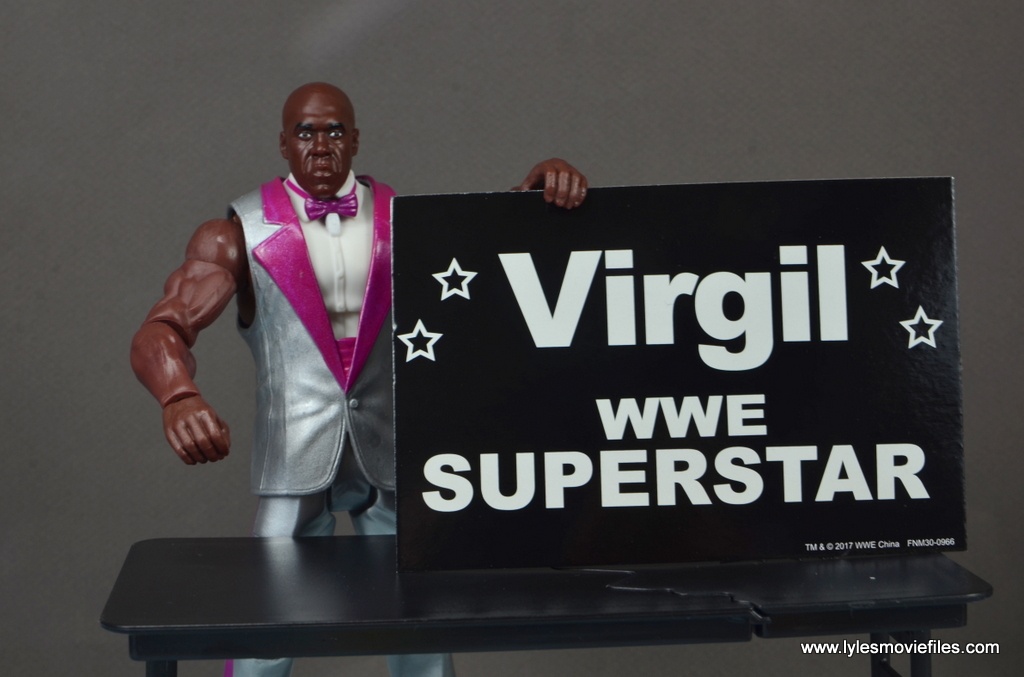 A smaller stature and better implementation of the shirt would have fixed my two biggest issues. Also, Mattel still hasn’t quite mastered skin tones for black wrestlers. 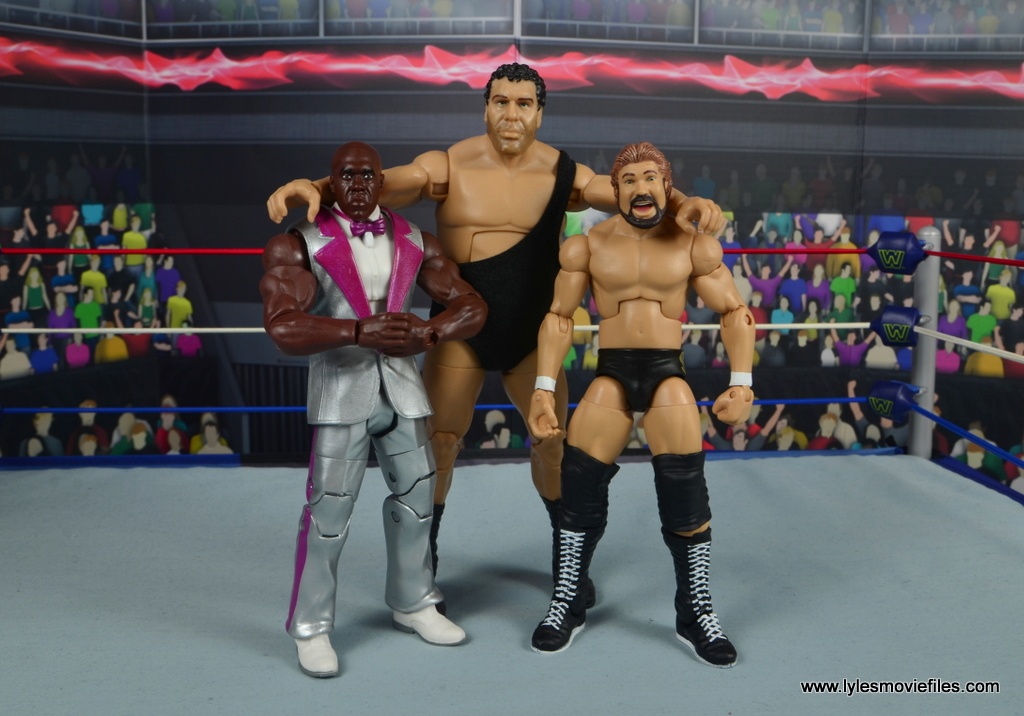 Where to get it?  Virgil and the other Network spotlight figures are exclusive to Toys R Us. Unless you’re in Canada, that;s no longer an option.