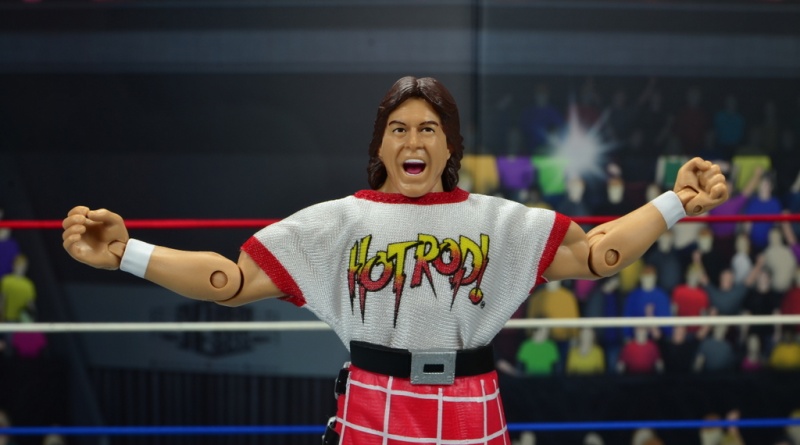 For most wrestlers, changing up their look was important to their career. Rowdy Roddy Piper was one of the few who found his signature look in the mid-80s and never looked back. That’s limited the amount of Piper figures Mattel can reasonably crank out as opposed to a Randy Savage or Ultimate Warrior.

But Mattel hadn’t gotten around to an early 90s Piper when he battled Rick Rude, Ric Flair, etc. Since they hadn’t released one in a while, Mattel figured a 90s Piper was an obvious choice for its Hall of Fame line. 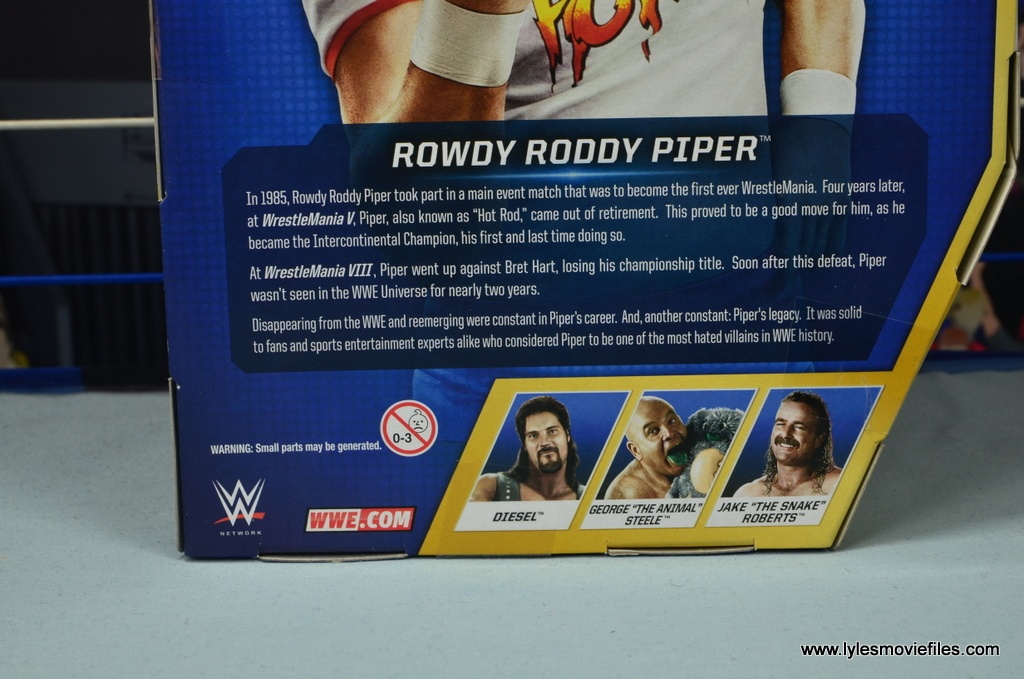 Package:  I remain a huge fan of the blue and gold color scheme for the Hall of Fame packaging. The bio does an excellent job of summarizing Piper’s extensive career. It looks like the HOF line is being phased out so this might be the last line to have this set up. It’s been a nice run and used sparingly enough that I didn’t manage to get tired of it.

Likeness:  For whatever reason, Piper has been a hard guy for companies to get right on the first and sometimes second shot. The initial Elite Piper had a bad likeness with a weird toothy expression. The Entrance Great figure was OK for a mid-80s heel era version, but it lacked Piper’s cocky, overconfident swagger. 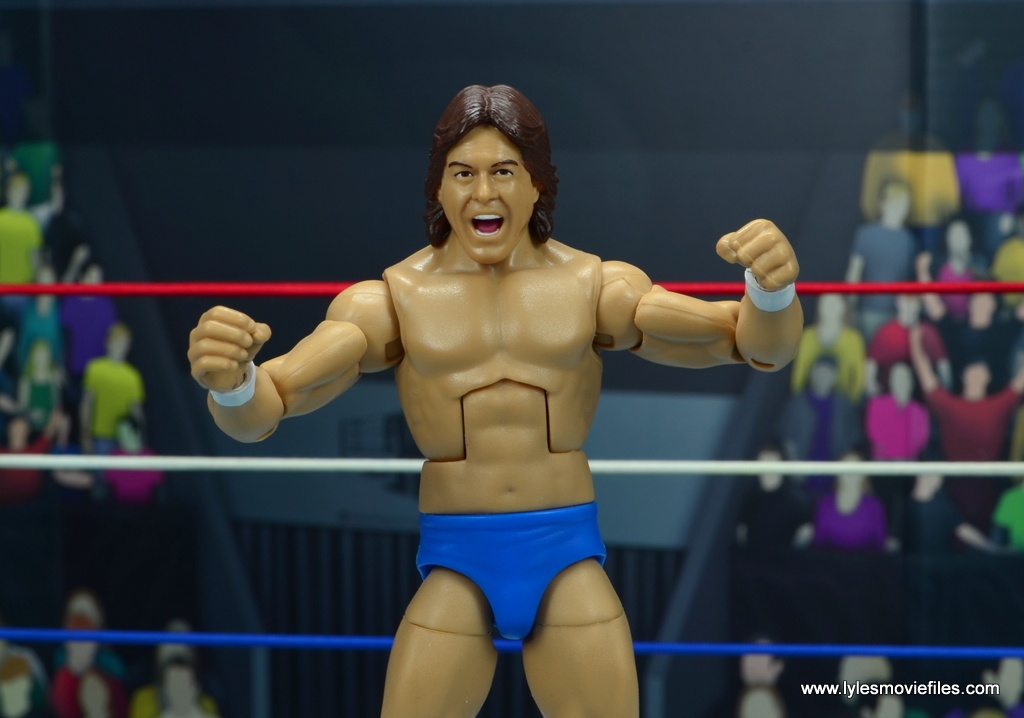 This version is a big improvement over the others as it features Piper with a more animated expression as if he’s in the middle of a big promo or getting fired up in the ring.

The hair sculpt is also pretty good despite not being the full blown out feathered hair he had for that era. While it’s not perfect, this figure best captures Piper’s personality. Considering everything else is a rehash that was important.

Scale:  Piper was 6’0” putting him shorter than contemporaries like the 6’1” Ric Flair and Randy Savage and much shorter than the 6’7” Hulk Hogan.  The figure is scaled properly with Piper and Bret Hart, who was also 6’0″ the same height. 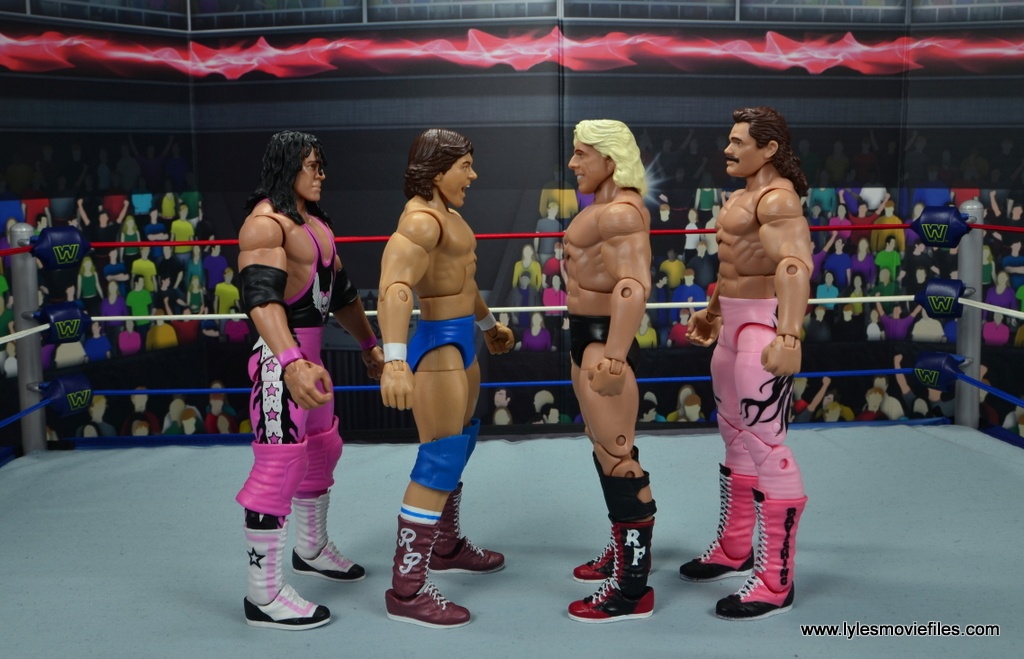 Paint:  By 86, Piper pretty much stuck to blue tights, blue kneepads and red boots. That doesn’t make for the most exciting figure. The paintwork that is here is fine with the lining of the three ring socks coming out sharply and the RP on the boots applied with no issue. I did notice on the two Pipers that I’ve seen that both had some scrapes on the eyebrows. 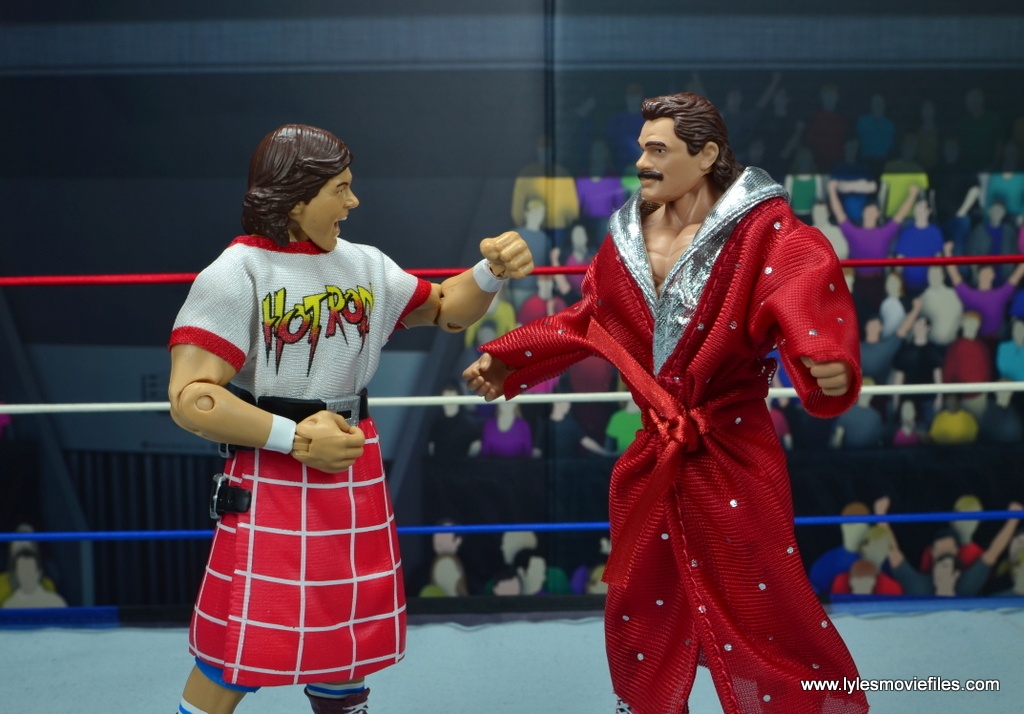 Articulation:  Piper was largely an excitable kick and punch brawler. He didn’t have a big moveset, but I appreciated the Elite articulation as it made for a more fun flailing away Rowdy One. The only tricky part is trying to get a decent sleeper. It’s not impossible, but not as smooth as I’d like. 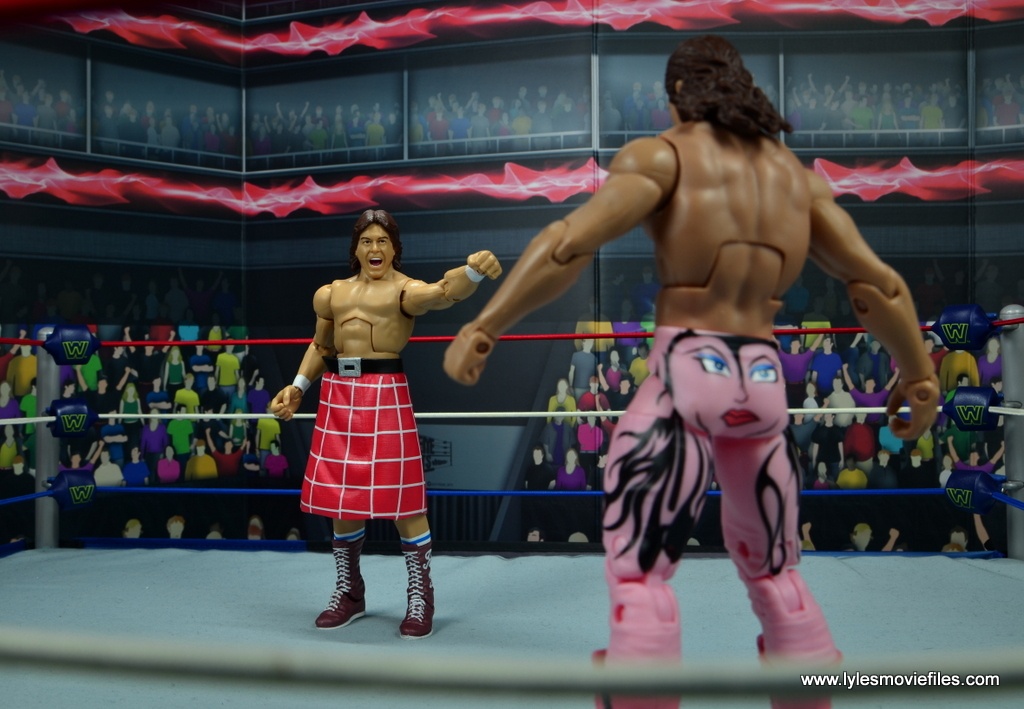 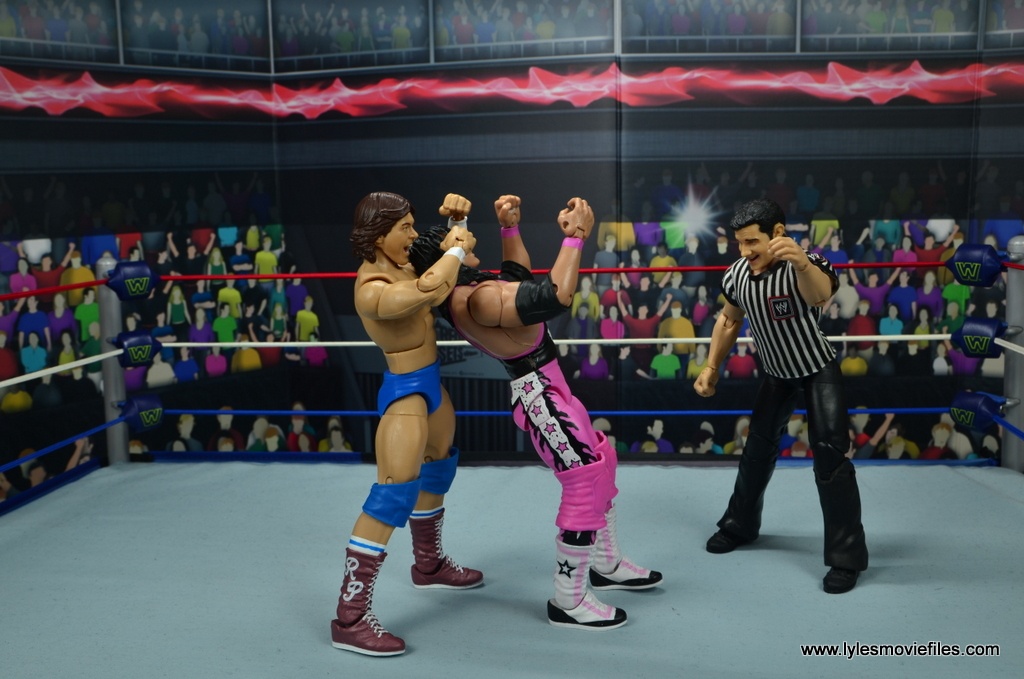 Accessories:  There’s not a lot of inspired accessories here. The Hot Rod T-shirt is a reuse from the Entrance Great figure. While it might not have been accurate for this era, I would have loved if Mattel went with the panther T-Shirt Piper wore in the 80s. That way folks who got the EG figure wouldn’t just be getting the exact same shirt. 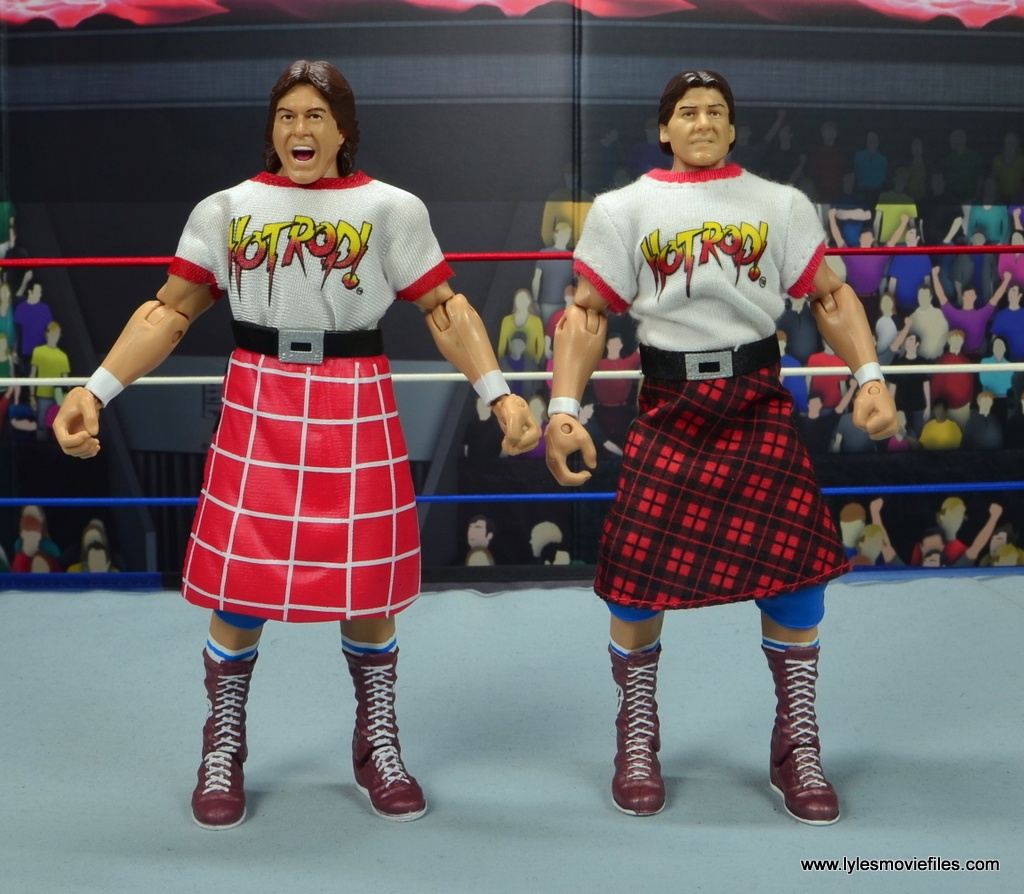 In a change from previous Piper figures, Mattel went with a plastic kilt. As usual, the plastic version isn’t as nice and the snaps don’t connect as neatly as the Velcro. The belt also doesn’t completely line up properly either.

Worth it? Thanks to a big Target sale I got Piper for $12. Considering the lack of new accessories or even a paint scheme, this was about the same as getting a Basic version in the end for me. At the regular $20, he’s probably not worth it for folks who kit bashed a version from the EG and Elite figures.

This is ideal for anyone who hadn’t already made an Elite Roddy Piper with the better available parts or is OK paying for the early 90s Piper head sculpt. It’s not a bad figure, but there’s little new for folks who already have a Hot Rod. 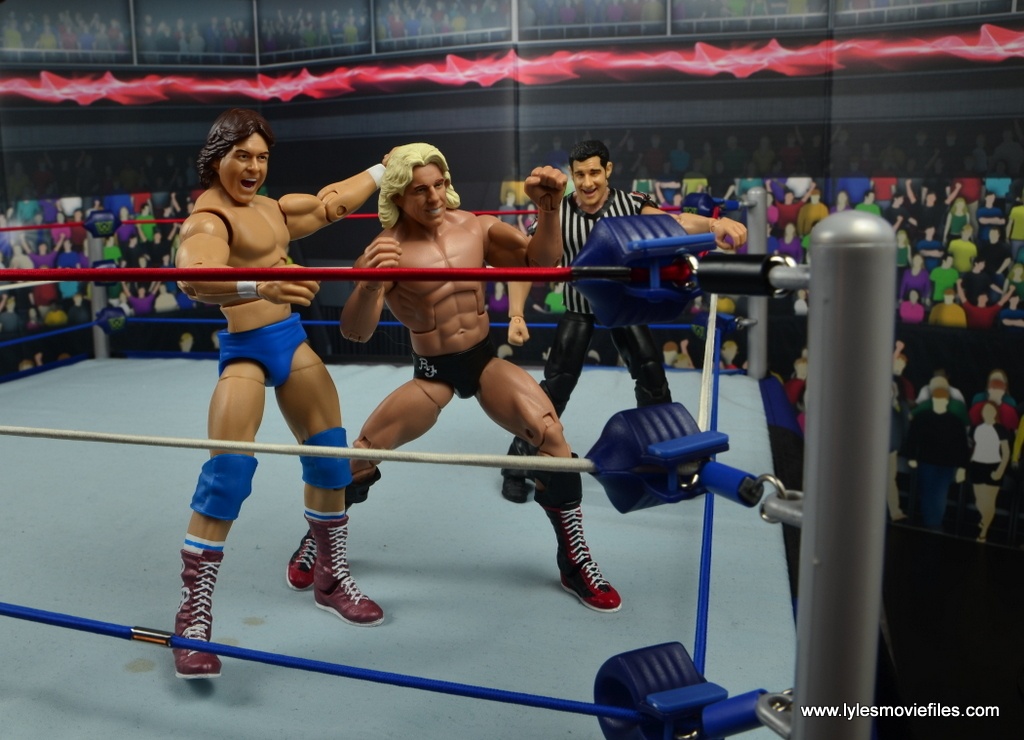 Where to Get It?  The Hall of Fame line is exclusive to Target so that should be your first and second stop. You can order the figure from Target.com here or you can grab him from Amazon.com at a higher secondary rate.