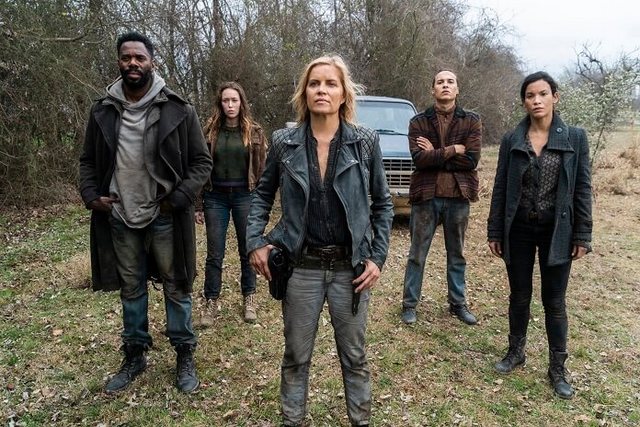 Yay! I’m almost totally caught up on this season. No One’s Gone was the mid-season finale for Fear the Walking Dead. This should also mark the end of the flashbacks, which apparently weren’t all that popular with some viewers. As a Lost fan, I loved the storytelling device and framing it within Althea’s interviews made it work. And this episode seemed to signify that the divisive technique would be done for the rest of the season.

We actually get two flashbacks this episode with two big reveals — both involving Madison.

Turns out at her most desperate moment, Madison tried to steal Althea’s truck. Desperately searching for Nick and Alicia, Madison made off with her recordings. Since Madison rarely considers the big picture, she didn’t think that Althea would catch up to her, but Althea isn’t interested in payback. She still wants Madison’s story.

Eventually Madison opens up and says that she just wanted to find a place for her children where they didn’t have to do what she did to Althea today. That’s Madison to the core. She’s always been overly protective of her children, but her big picture was she didn’t want to see their innocence lost.

In the present day it seems like that’s a lost cause. Alicia is in full villain mode narrowly missing Morgan and Naomi when they clear a path in the stadium and enter a corridor to get the medical supplies for John. Naomi kissing John before she left the van was touching, sweet and hopeful. How did I manage to get drawn in to another Walking Dead romance after Glenn and Maggie?? 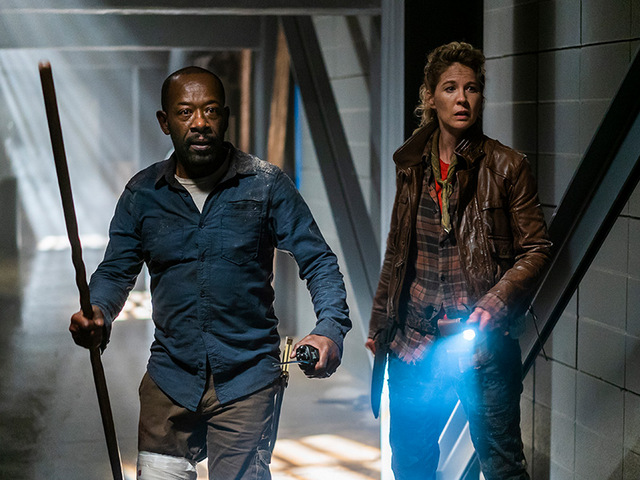 It says a lot that in eight episodes I’m rooting for the newcomers as opposed to the characters who’ve been around since Season 1. Naomi and Morgan battling walkers in the corridor made for a pretty cool fight scene. Realizing time is running short for him, John has Charlie record a message to Naomi. He wants her to stop running and he asks for Morgan’s help in keeping them together.

At least Althea has the van fortified to handle any bullets. Rockets? Totally different story. Luciana shells the van and Alicia grabs Charlie with her barrel spear. She wants Althea to tell Naomi it’s clear to come out so they can get picked off by Strand and Luciana. Proving I sided correctly, Althea is smart enough to position the walky talkie close enough so John can turn it on to warn Naomi.

Alicia gets ticked off giving Althea enough of an opening to charge her and in their ensuing brawl, Alicia stumbles onto some soup. Immediately recognizing it, Alicia questions where Althea got it and starts looking through the tapes. Upon finding one labeled Amina, Alicia pauses.

Back to the interview, Madison shares about how when they were younger, Alicia and Nick nursed a bird back to health. They’d named the bird Wilhelmina or Amina for short.Madison was ready to give up on it and dreaded the day when she’d come in and find it dead. But it never arrived. The bird lived because her kids didn’t give up on it.  Madison needed to find a sanctuary because that’s still in her kids. To some extent, this excuses their foolishness in trying to save Mel — the Clark kids were still too naive to recognize a lost cause. 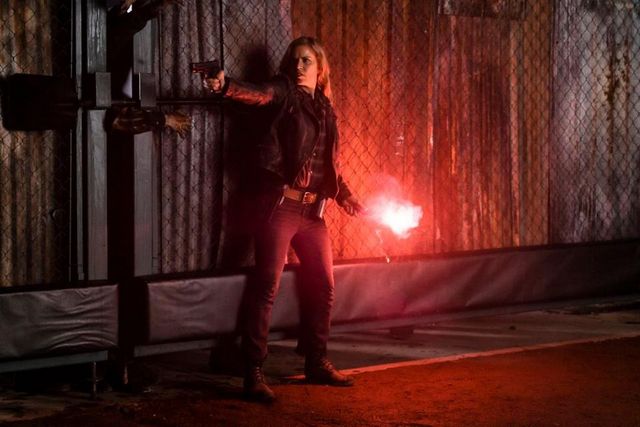 It seemed enough to convince Alicia to end this senseless battle, but she goes to the corridor determined to kill Naomi. Alicia still blames Naomi for Madison’s death. Morgan refuses to step away. He did that for Nick and it ended up getting him killed. He won’t do the same for Alicia. In saying he saw what Madison sees in her, Morgan finally breaks through all of Alicia’s rage, validates Nick’s death and Morgan’s purpose on the show. This was a very strong scene, but I’d expect nothing less from Lennie James when he’s got good material.

Naomi is able to get to John in time to save him and reveal her biggest secret — her name is not Naomi, it’s June. John saying that’s his favorite month put a big grin on my face. I really like these two in a way I never have with any other couple on this series.

With a moment to recollect themselves, Alicia puts the rest of the pieces together. Madison tracks down Nick, Strand, Luciana and her thanks to Althea. Madison found the stadium and said she was inspired by someone who helped her when they didn’t have to and it’s time for them to do the same. I liked how that all came full circle.

Althea figures Madison never told them about her because she wasn’t proud of how they met. But now Althea wants to know what happened to her. Pull over for the rest of the story.

Madison, Strand and Luciana tried to fight through the fire to get to Nick, Alicia and Mel. Strand managed to burn his hand while everyone in the stadium started panicking and tried to leave as they doubted the walls would hold. In the confusion, Mel escaped and ran off with Charlie. Naomi tried to convince everyone to stay, but she went back to get supplies. With no other options, Naomi did head out with Mel and Charlie, but she was hardly the reason Madison died. 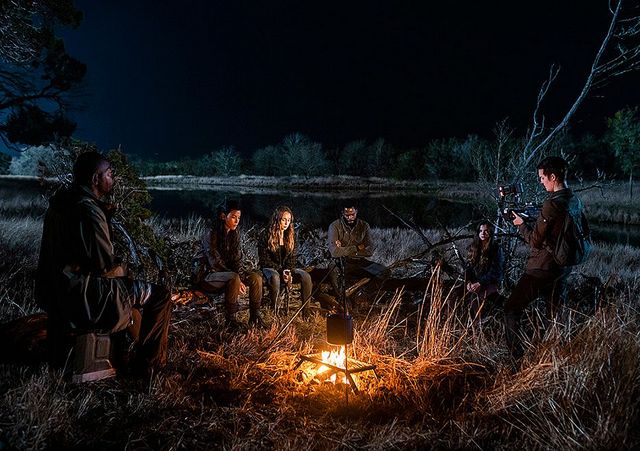 Madison took a flare and attracted the walkers back into the stadium. She knew the walls would hold and if it couldn’t protect the stadium inhabitants, it would keep Nick and Alicia safe. She locked the gates and tossed the flare to the oil soaked walkers. It was a heroic end for Madison, who too often made senseless risks. Her inaction cost the stadium, but she wasn’t fully to blame for its downfall. The stadium was never about the location, it was about them. Alicia takes it even more personal and says it was about me.

With the full story revealed, the tension between the groups dissipated. I’m very curious about the fallout from this specifically Alicia killing the innocent Mel and how she responds to Charlie. This story isn’t done by a long shot, but this was a strong ending for the first half of the season. No One’s Gone till they’re gone was always Madison’s motto and it felt especially true tonight. I’m actually caught up now and really looking forward to seeing how the rest of this season plays out.