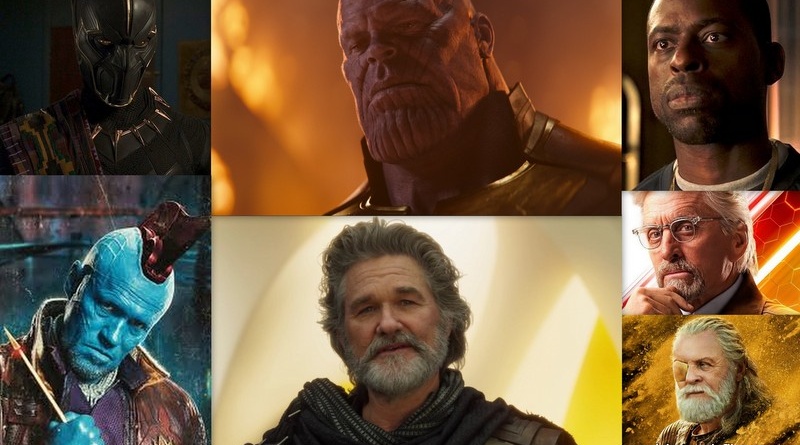 I’d been on a string of bad to mediocre movies and needed to take solace in my cinematic happy place — The Marvel Cinematic Universe. With my Avengers: Infinity War 3D Blu-Ray en route, I figured I’d revisit Phase 3, my favorite stretch of films in the MCU. One consistent theme in most of the eight films is not death, loss or even superheroes fighting each other. It’s fathers.

Maybe the most interesting thread for the films is how the actions of fathers affect both the hero and the villain. In some cases, the father is also the villain to further complicate things.

You might remember during the promotional rounds for Guardians of the Galaxy Vol. 2, how both Chris Pratt and James Gunn found the film a reflective experience on life with their fathers.

‘I grew up in a dysfunctional family, and I’m not betraying anything by saying: My dad has been sober for a long time, but he was not sober when I was young,’ Gunn told The Washington Post. ‘And that created a lot of turmoil in the family. I came from many, many alcoholics in my family.’ 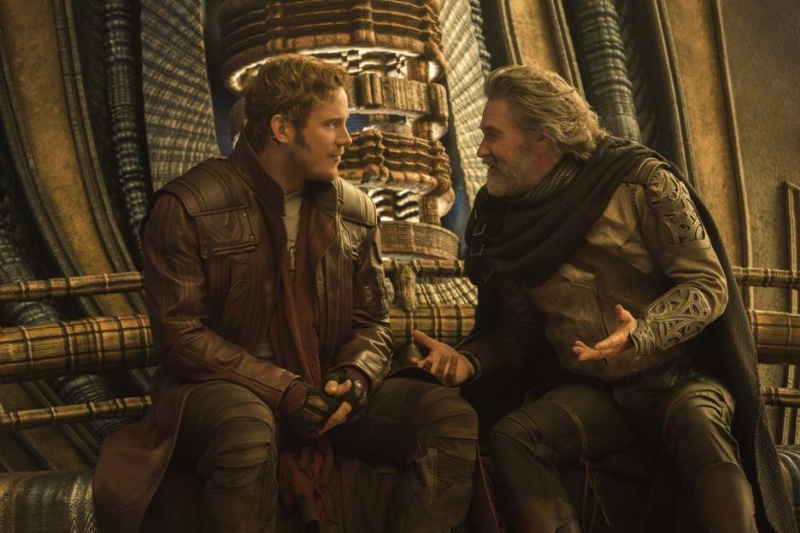 In discussing Star-Lord’s relationship with Ego, Pratt said it’s a vitally important aspect of the film.

‘It’s the major thread for Quill and his story in this movie,’ Pratt told MTV. ‘When James first told me about the movie, before Kurt [Russell] was ever a part of it, it just moved me to tears. [Kurt] being cast in it was just an extra amazing element to something that was already so special.”

But look a little deeper and you’ll see Phase 3 has been all about the Marvel Cinematic Universe heroes dealing with how their fathers influenced them. Let’s break it down.

Captain America: Civil War kicks off Phase 3. The core component of the film is the conflict between Steve Rogers and Tony Stark. The easy father connection here is with Stark. He’d built a ridiculously expensive virtual reality chamber specifically so he could have the opportunity to go back in time and tell his father he loved him before his death. In many ways, Stark has lived in his father’s shadow and spent his life trying to love up to Howard Stark’s legacy.

T’Challa has little time for partnerships and strategy sessions as he seeks to avenge his father’s death. He’s blinded by grief and won’t let anyone or anything stand in his way from killing Bucky. T’Challa didn’t make the same mistakes as Tony in dismissing his father with sarcasm. He revered T’Chaka and hoped to make him proud. 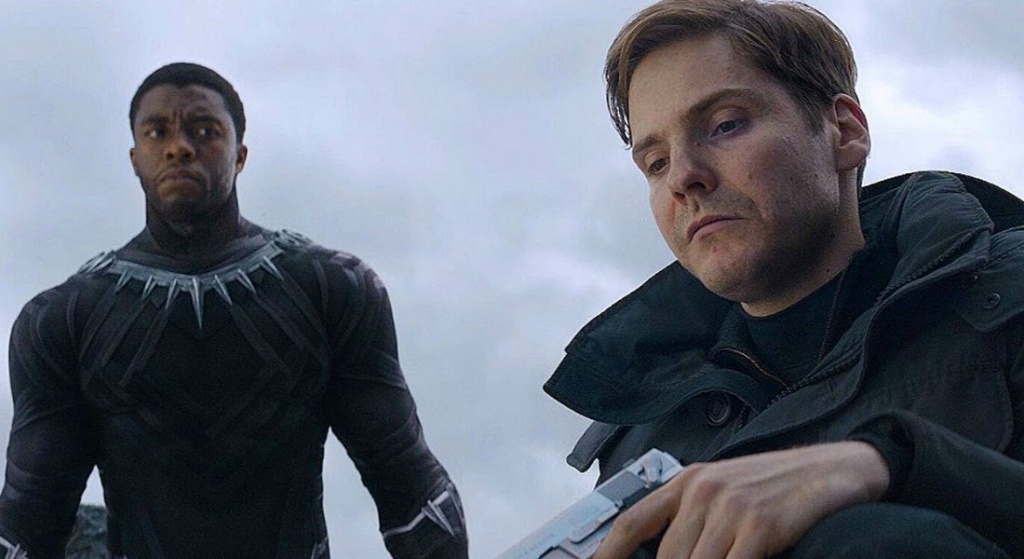 Those are two good examples of fathers in Civil War, but the biggest is Helmut Zemo. It’s Zemo who patiently bid his time, tracked down the information about Bucky killing Stark’s parents and strategically laid out a plan for the Avengers to destroy themselves. Why?

When cornered by Black Panther, Zemo shares that the Sokovia incident took not just his father, but his son as well. Zemo was driven as a son who’d lost his father and a father who lost his son. He wasn’t so much interested in winning — he’d already lost everything. He just wanted to make the Avengers as miserable as they’d made him. All in the name of fatherhood.

Doctor Strange is the one outlier in this thread. Strange’s journey isn’t defined by a father or a father figure. Maybe that’s why he’s so emotionally detached from everyone in Infinity War?

Let’s play around with the chronology a bit in terms of release dates, not the official MCU timeline. Doing so further helps establish the fatherhood theme.

Spider-Man: Homecoming might not feature the end of the galaxy or a splintering team, but fatherhood is a major component nonetheless. In a lot of ways, Peter Parker has a father/son relationship with Tony Stark. In Peter, Tony sees the son he never had — someone who has a knack for science and technology, but with Pepper’s unconditional kindness. It’s telling that in the pivotal scene where he takes back the tech suit, Stark tells Peter he wanted Peter to be better than him. 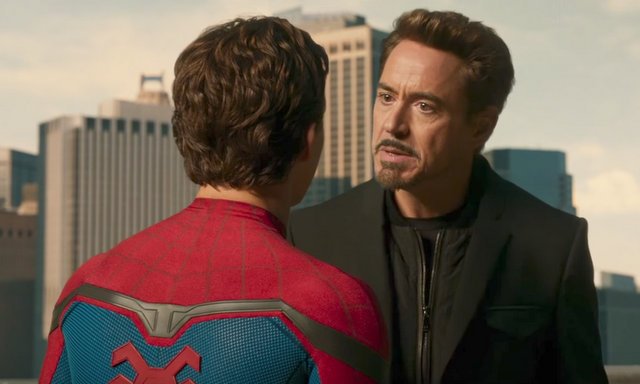 And on the other side, Adrian Toomes isn’t the typical villain. He’s just trying to provide for his family. In maybe Homecoming’s best scene, Michael Keaton tackles Toomes as both the corny dad and threatening bad guy. It’s such a perfect Spider-Man twist in that Peter has to figure out how to defeat his would-be girlfriend’s father.

Sticking to the MCU timeline, we move to Black Panther. This film explores its two main characters dealing with the fallout of their father’s actions. T’Challa viewed his father as blameless. T’Chaka was a wise and noble king, but even in his initial reunion T’Chaka warns his son that it’s hard for a good man to be king. This was T’Chaka’s subtle confession to his son that he wasn’t always the good man T’Challa remembered. His greatest shame was quickly about to set in motion Wakanda’s downfall.

Decades ago, T’Chaka killed his brother and left his body in his apartment. It was a dismissive and cold way to treat one’s brother and even worse as T’Chaka left behind his nephew in order to maintain the lie. But T’Chaka didn’t know that his radicalized brother had already imparted his values on his son, who took them to an even greater extreme. He’d been deprived of living at the mecca and now Erik Killmonger was ready to let the world feel his rage.

For, T’Challa his defining moment comes when he stands up firmly against his father and defiantly says he was wrong. Now not only was T’Challa going to atone for his father’s sins, he was going to make Wakanda a shining light for the world, not just for its citizens. Black Panther tackles fatherhood from the legacy fathers leave their sons long after they’re no longer with them.

Guardians of the Galaxy Vol. 2 really drives home the theme of fathers and fatherhood. Gamora and Nebula’s relationship is in tatters after years of being pitted against each other by their surrogate father Thanos.

Peter Quill aka Star-Lord has the full fatherhood journey in the film. He’s being carrying abandonment issues throughout his life and doesn’t even know what his father looks like. As a coping method, he ‘claimed’ David Hasselhoff as his father.

Upon reconnecting with his birth father, Ego, Star-Lord experiences moments he always dreamed of like reminiscing about his mother’s favorite songs and playing catch. It’s not until he learns Ego’s true insidious nature that Star-Lord learns the truth as Yondu so eloquently put it: he may have been your father boy, but he wasn’t your daddy. 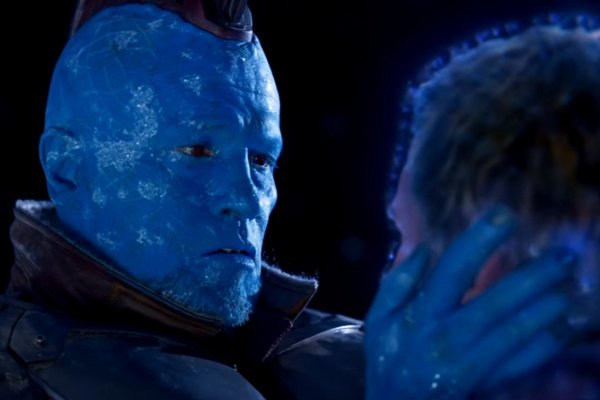 In this moment of sacrifice, Star-Lord sees the full measure of a father — one who’s willing to die for his children, not kill them for their own selfish desires. This theme would be repeated with other Guardians, but more on that in a moment. Yondu viewed Peter as his son in many regards, but it wasn’t until he fully struck out on his own from the Ravagers with his own family that Yondu fully appreciated his time as a father. And in his final act, Yondu literally gave Peter all he had to ensure his safety.

Still with me? Great. Time for the closing stretch.

Thor: Ragnarok’s main conflict is also about fathers. Odin banished his murderous daughter Hela after seeing a peaceful life literally casting her out for disobeying him. Naturally Hela came back with a vengeance and her first act was to go after her brothers Thor and Loki. Hela recognized Odin’s influence on the brothers even if they could no longer see it.

Like T’Challa, Thor’s mission is to fix his father’s greatest mistake. They’re no longer blinded by the thought that their fathers are flawless and with that mindset are set to be better rulers. 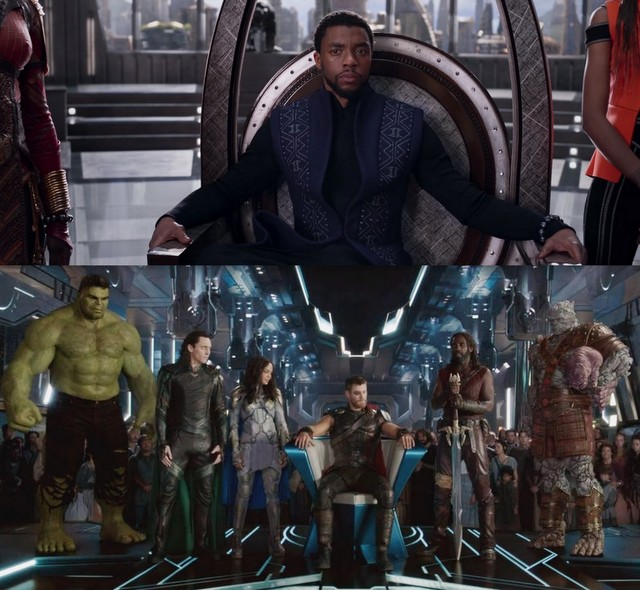 While banishing Thor helped make him a better man, Hela’s dismissal only made her crueler and vindictive. Similar to Killmonger, Hela fed on her father’s earlier lessons and was prepared to take them to another extreme.

But it’s Thor who can still look to Odin for inspiration and wisdom. It’s that wisdom that leads him to decide Hela and Surtur can destroy each other so long as his people are safe. It would have been a perfect plan if it wasn’t for that pesky ship.

Avengers: Infinity War isn’t exempt from this connection either. Thanos has no problem laying waste to those who cross him, but there’s one person who has his heart — Gamora.

That’s shown early on in a flashback scene when Thanos takes a young Gamora from her mother and begins teaching her the art of war. Thanos always envisioned passing on his legacy to Gamora. He pictured her sitting atop his throne one day.

Like Ego, Thanos’ goal for ultimate power puts him at a crossroads: take the final step to seize this power and sacrifice his child or be almost all powerful and restore his estranged relationship with his child. Thanos also can’t resist the temptation for more power and unlike Star-Lord, the Guardians aren’t around to save Gamora.

The fatherhood heartstrings are heavy when Thanos makes that snap and slowly wipes out half the universe. Tony Stark is broken when his surrogate son, Peter Parker, fades into dust in his arms. And to further twist the knife, James Gunn shared what Groot said to Rocket just as he started to vanish:

Finally, Ant-Man and The Wasp. The easy one is Scott Lang trying to be a good father to Cassie despite being stuck on house arrest. He hasn’t stopped that from making her visits memorable with the help of his insect pals. The other supporting father thread is Bill Foster, who has looked after Ava since her parents were killed and has indulged her reckless actions in hopes of finding a cure for her condition. 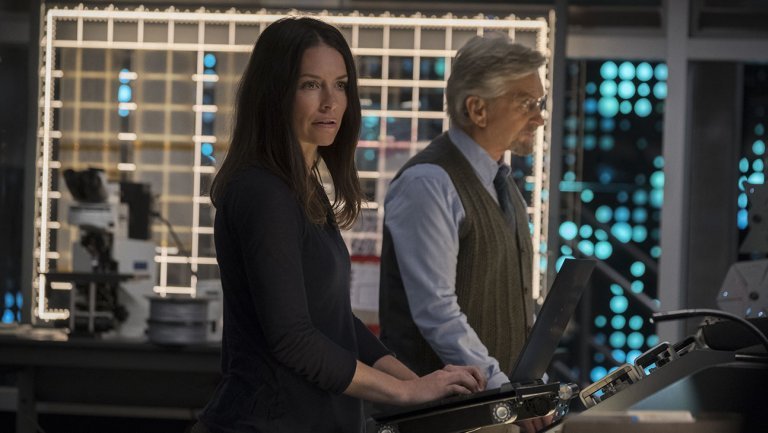 The big one of course is Hank Pym, who has been haunted by the feeling that he let Hope down. He’s encouraged her efforts to become a superhero and has obsessively worked to get back into the Quantum Field to free his wife, Jan, and do what a father should do — protect his family.

So that’s what I came up with — the results of watching the Phase 3 films way too many times. What do you think? Has Phase 3 really been about fathers and fatherhood all along? And if so, how will that continue to play out in Captain Marvel and Avengers 4? It almost seems like Father’s Day weekend would have been the ideal release date for Avengers 4 instead of May. But there’s no way I could be that patient.